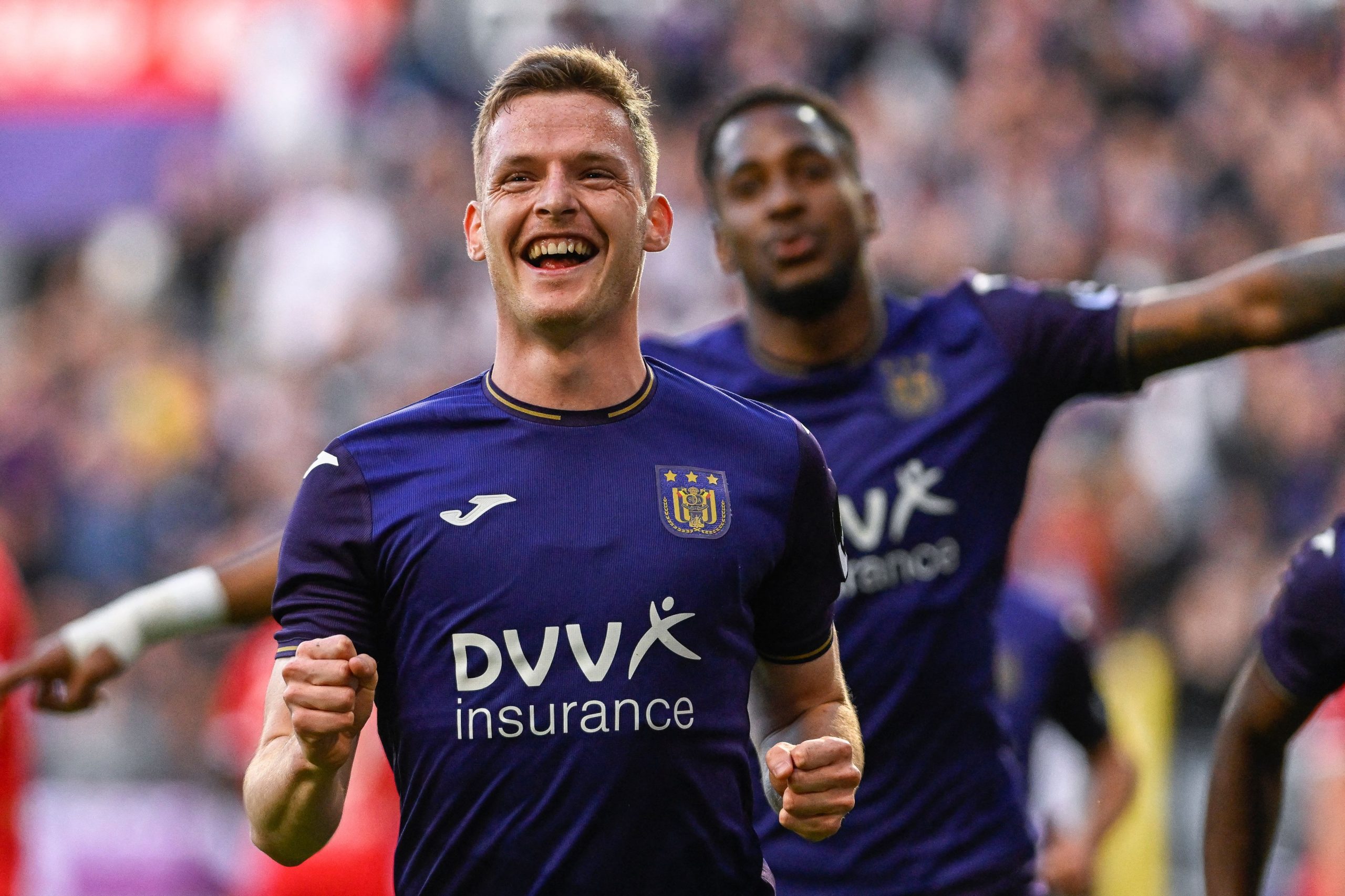 When Sergio Gomez joined Borussia Dortmund in 2018, he was advertised as a brimming playmaker looking to make a breakthrough in professional football after spending years honing his skill as a youth player at La Masia.

But after making just three competitive appearances in the first 18 months at the club, he was shipped to SD Huesca on a loan deal, before being offloaded to RSC Anderlecht last summer, for a fee of €2.25 million.

Gomez’s move to Anderlecht turned out to be an absolute bargain for the Belgian outfit, who were quick to identify the player’s strengths and employed him in a wing-back role.

The 21-year-old’s creative prowess and ability to conjure up chances in the final third added a new dimension to Anderlecht’s wide play. The player ended up with 22 goal involvements in the 2021/22 campaign, emerging as one of the most sought-after left-backs in Europe.

Throughout the year so far, Gomez has been linked with a move to various top clubs across Europe. But as per a report relayed by Mundo Deportivo, there is a possibility the youngster could return to Camp Nou, with Barcelona seemingly keen on his services.

The report suggests Barcelona are keeping tabs on Gomez’s progress and could make a move for him in the summer, as a potential long-term replacement for Jordi Alba.

During an interview with SER, Sergio Gomez has recently voiced his desire to return to Barcelona, thanking the Catalonians for helping him hone his skills during the early stages of his career.

Gomez is aware of the fact that Barça are looking for a new left-back in the summer and he is open to the opportunity to return to Camp Nou. The Anderlecht starlet does have a €15 million release clause embedded in his contract, so he is unlikely to cost a fortune either.

However, with Barcelona currently invested in the pursuit of Marcos Alonso of Chelsea, a move for Gomez appears to be unlikely, at least in the ongoing summer transfer window.