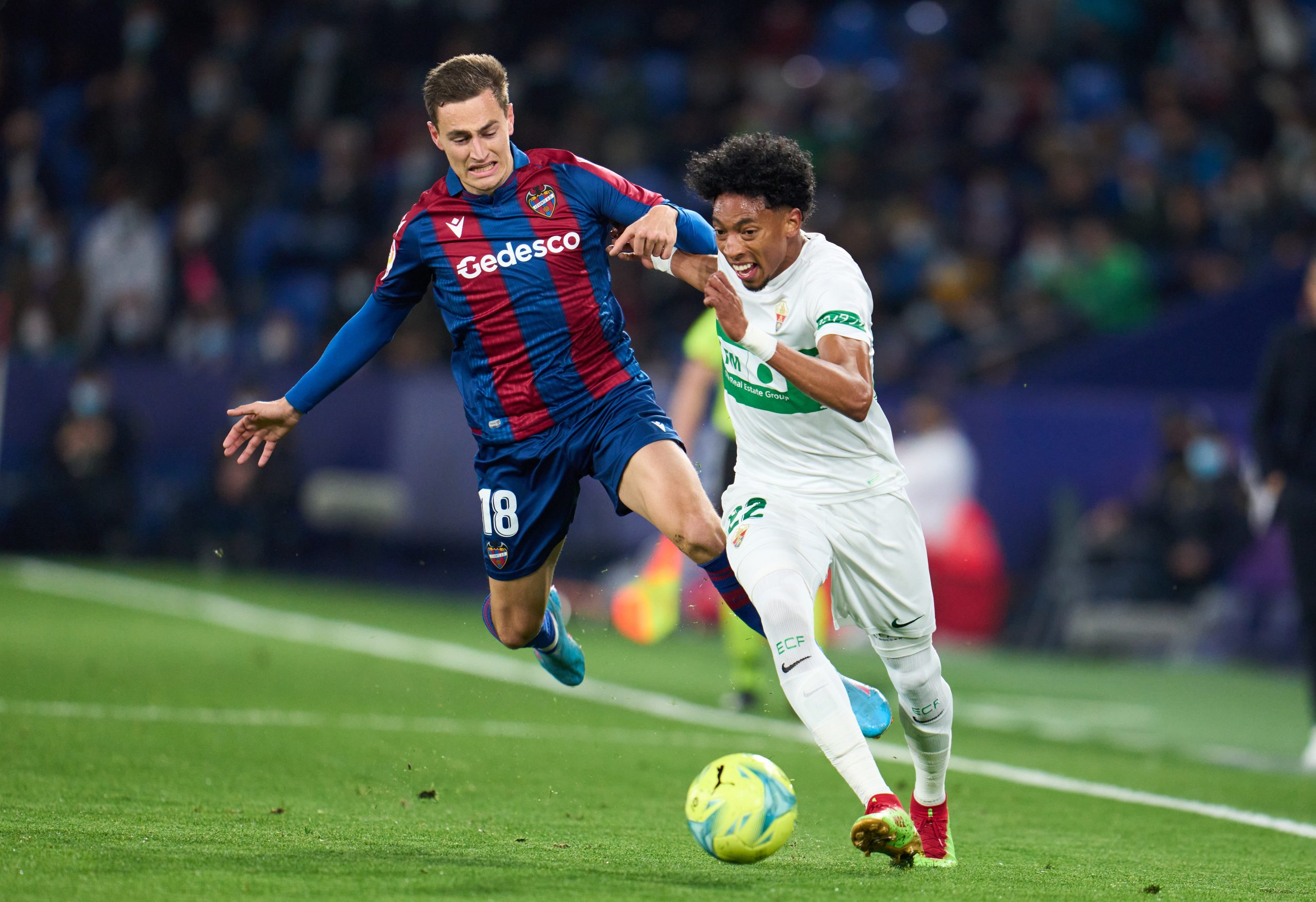 Barcelona have officially signed Jules Kounde from Sevilla, with the unveiling scheduled next week.

However, the Frenchman’s addition might not be the end of the road for Barcelona, as far as their defensive revamp is concerned. Indeed, the club are in the market for a new left-back, as Xavi Hernandez looks to find a deputy for Jordi Alba.

Chelsea star Marcos Alonso has emerged as the desired option for Xavi. The former Fiorentina starlet does offer the experience and the pedigree at the highest level of football, though his lack of consistency has been a standout feature during his time at Chelsea.

Nevertheless, Barça’s relationship with the Blues is not currently at an all-time high, which could potentially see the club set their sights on other alternatives.

According to Gabriel Sans, the Catalans are already eyeing a move for Johan Mojica. The Elche CF left-back has emerged as a potential alternative for Alonso, with the club apparently wanting him as the deputy for Alba.

Formerly of Rayo Vallecano, Mojica has become a prominent name in La Liga thanks to his success at Elche in the past couple of seasons. The 29-year-old is unlikely to cost a fortune either, with the player reportedly having a release clause worth around €5.5 million.

It makes him a financially feasible target for Barcelona, although the Catalans are set to face stiff competition from Atletico Madrid and Sevilla, both of who have expressed the desire to sign the Colombian fullback ahead of the new season.