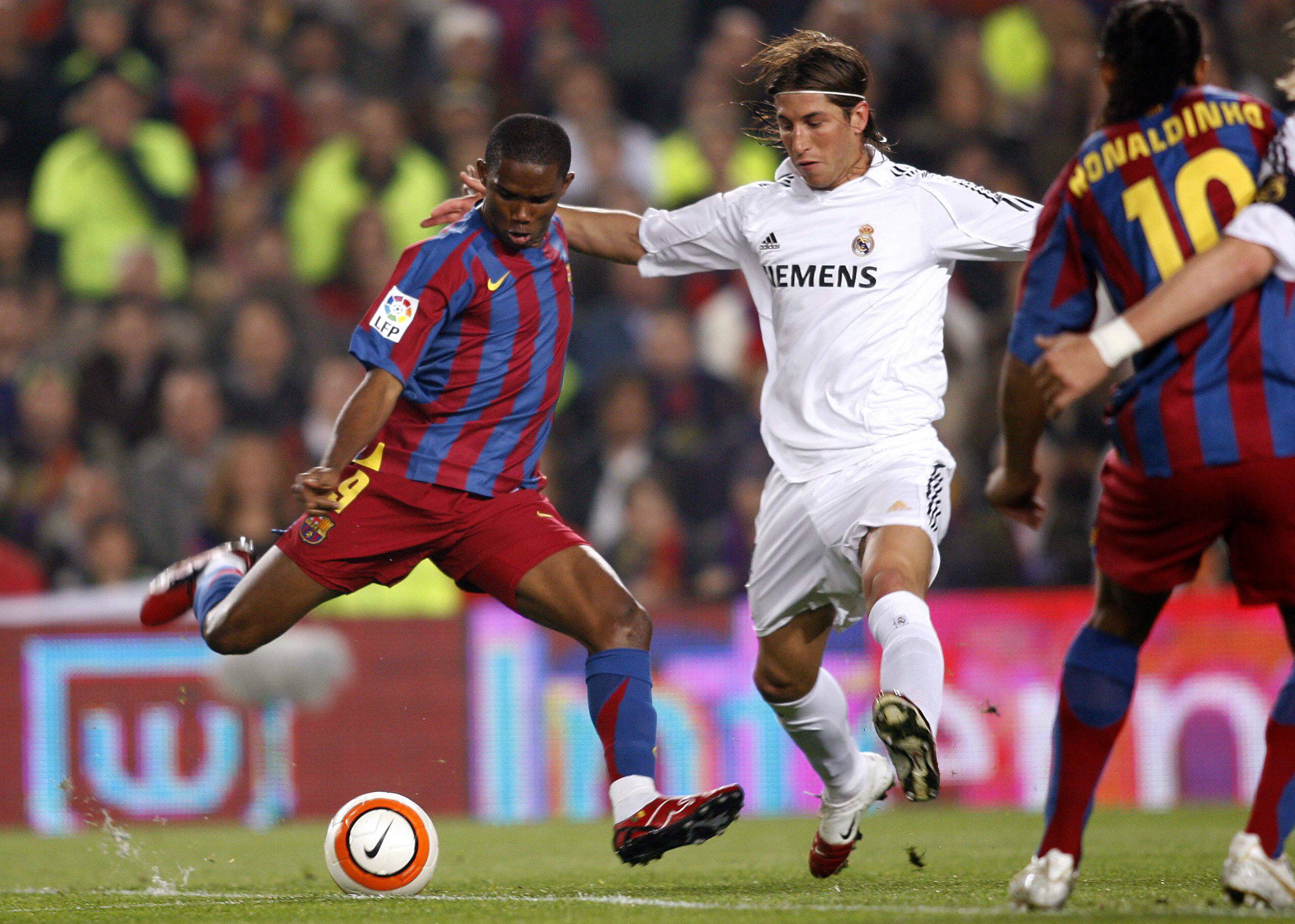 During an interview with AS, former Barcelona striker and club icon Samuel Eto’o has sensationally claimed that he would sign Real Madrid defender Sergio Ramos at Camp Nou.

Ramos will be leaving Real Madrid this summer after a successful 16-year stint with the club. The 35-year-old is set to run out his contract and will, thus, be available on a free transfer for clubs.

The outgoing Real Madrid captain has been attracting plenty of interest, with French heavyweights Paris Saint-Germain one of the clubs being linked heavily with Ramos.

Barcelona are in the market for a central defender amid question marks surrounding the future of the injury-prone Samuel Umtiti. Eric Garcia has already arrived on a Bosman move from Manchester City but another centre-back coming through the doors is a genuine possibility. However, it is nigh on impossible to see Ramos at Camp Nou.

Eto’o also touched upon the contract situation of former teammate and Barcelona captain Lionel Messi. The 33-year-old Argentine’s current deal runs out in a week but the former ex-Cameroon international is hopeful that a resolution will be quickly arrived at.

“I know that Messi loves Barcelona, that he has no problems and that it is not a question of money. The only thing is the project, which has to be reliable and I know that Joan [Laporta, the new president] is working on that.

“He has to enjoy the time he has left, football owes it to him, not just Barça. He has given us everything, he has to enjoy it and win titles. Messi is God and when you have a God you just have to admire him,” he said.