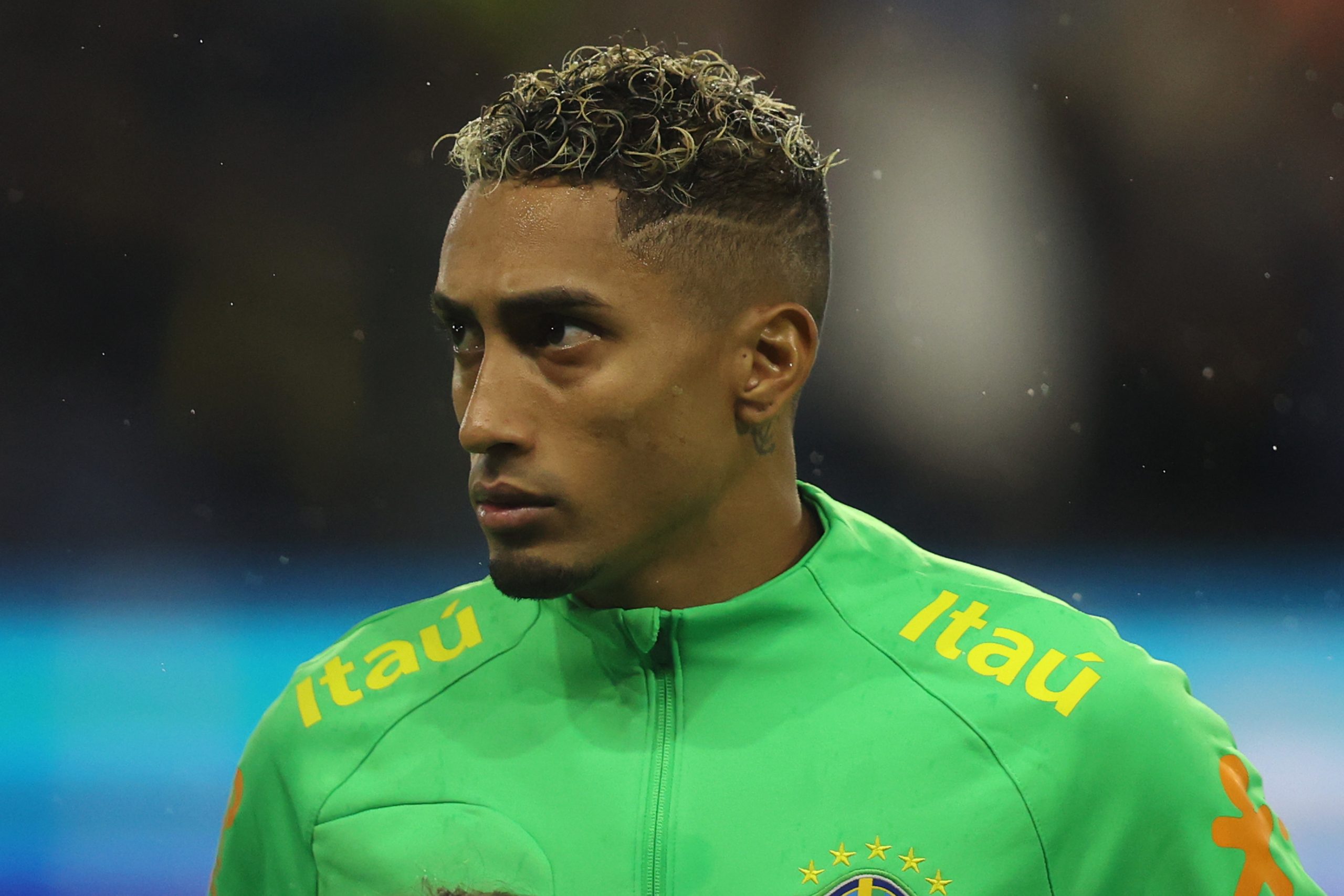 Speaking in his pre-match press conference ahead of the clash against Tunisia (h/t SPORT), Brazil manager Tite has confirmed that he received a call from Barcelona, who asked him to be careful with star winger Raphinha.

The international break has been a torrid one for Barcelona as they have seen as many as four key players pick up injuries while away with their respective national teams.

Defensive mainstay Ronald Araujo has been the worst hit as he injured his thigh just seconds into Uruguay’s friendly against Iran and will undergo surgery later this week, which will rule him out for three months.

Apart from Araujo, both Jules Kounde and Memphis Depay will be sidelined for a month while Frenkie de Jong will also be unavailable for a week at least. On top of that, Ousmane Dembele also felt discomfort in his calf and did not play for France in their last game.

Following the spate of injuries, Tite has now revealed that Barcelona contacted the Brazil national team camp to check up on Raphinha and ask the Selecao to be cautious with their summer signing.

“Today when we were on our way to training, the Barcelona coaching staff was talking to our physical trainer and they asked us to be careful with Raphinha,” Tite said.

Fábio Mahseredjian, who happens to be Brazil’s physical trainer, also opened up on the conversation with Barcelona, saying:

“They lost Araujo and, for that reason, they were worried, and they asked us how Raphinha was doing, if he was training well, if there was anything… we told them everything the player was doing here with us.”

He further added: “Before the footballer joins his club, we already send them a report with everything they have done in the Selecao.”

Raphinha played for over 70 minutes when Brazil played Ghana in a friendly encounter last Friday. It will be interesting to see how many minutes he will utilised for by Tite later tonight against Tunisia and whether the call from Barcelona alters the Brazil manager’s plans.