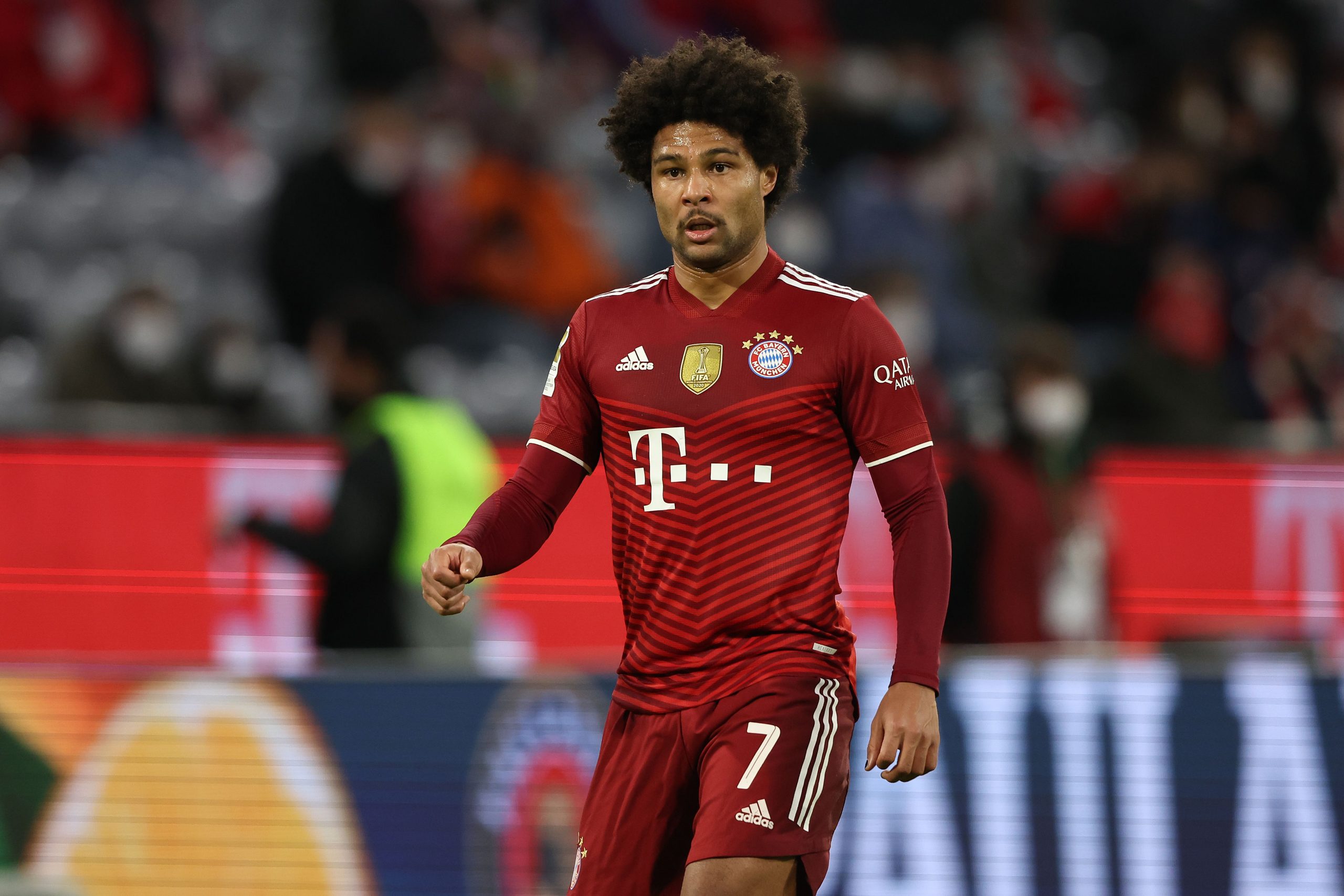 Barcelona and Real Madrid are expected to engage in a transfer battle for Bayern Munich winger Serge Gnabry if the German international decides to reject the contract extension with the record Bundesliga champions.

Gnabry, who joined Bayern Munich in 2017, has entered the final 18 months of his current contract, and Sky Germany, via Fichajes, says although the 26-year-old wants to stay, the parties are still in dialogue over the salary.

As quoted by Sky Deutschland, there’s a growing sense of belief that the former Arsenal winger will, indeed, put pen to paper, but the two sides sit quite apart when it comes to the salary.

It is said that Gnabry sees the likes of Kingsley Coman and Leroy Sane as the bar to set and does not want to earn less than the duo. For the record, the two players earn at least €15 million per season and that excluding any bonuses.

Gnabry’s figures are well below these numbers, and the player, who has scored at least ten league goals in each of his four Bundesliga seasons with Bayern, believes he is deserving of a contract that matches big numbers.

As such, there’s no rush as the 26-year-old, unlike Niklas Sule, who will leave Bayern at the end of the season, feels good in Munich.

His preference is to stay in the city as he believes Bayern can help in his development further while his relationship with manager Julian Nagelsmann has never been any better. More importantly, even Nagelsmann is reluctant to let Gnabry walk away.

Everything apart from the salary is working in Bayern’s favour, but if the unfortunate is to happen, it’s interesting to note that Madrid and Barcelona will be among other top clubs that will look to pounce on the given opportunity.

Those sitting in the offices of potential suitors know the departure is highly unlikely, but are still preparing themselves for a transfer battle.