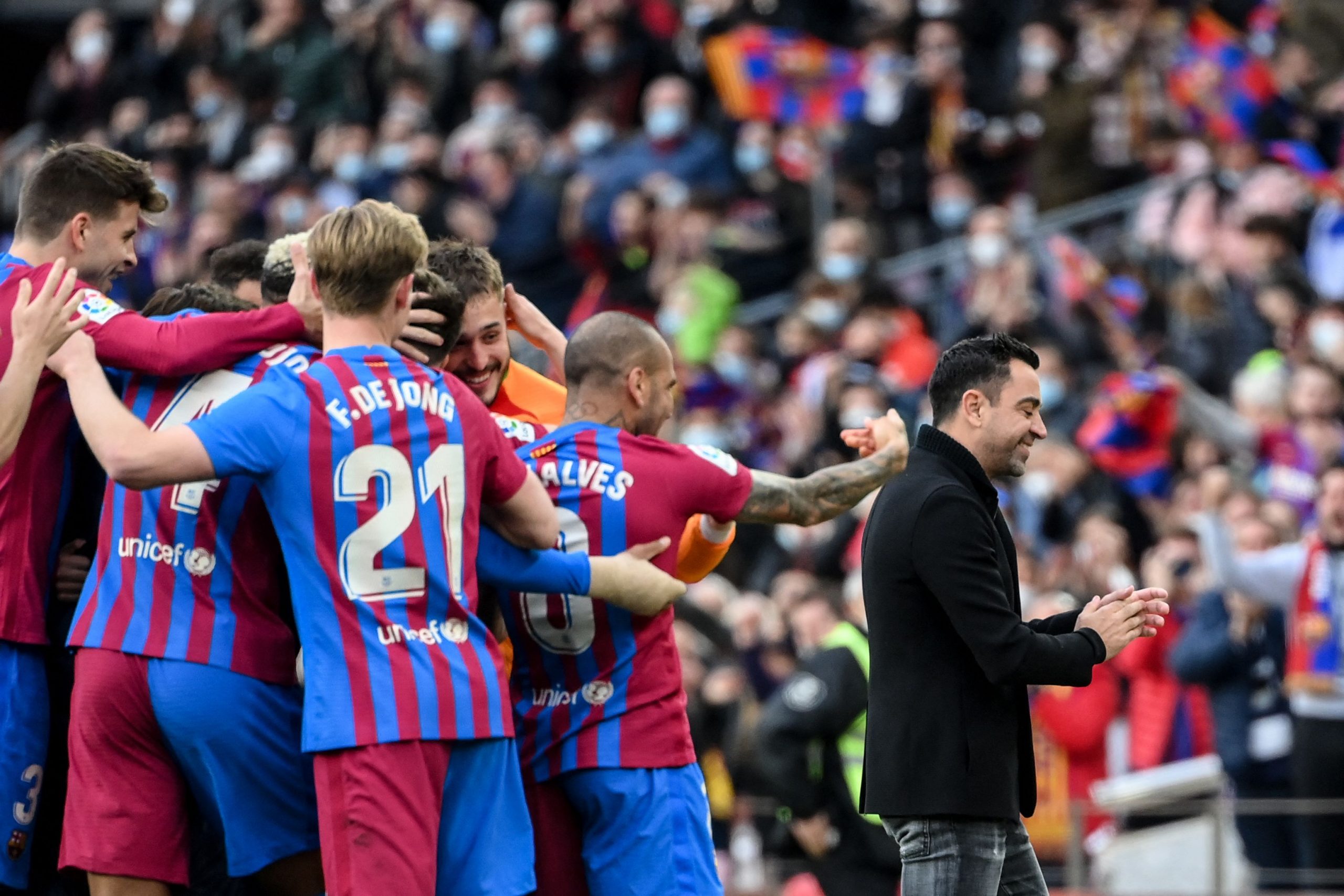 A chance to rocket into the top 4 of the league lay at Barcelona’s hands on Sunday evening as they faced fourth-placed Atletico Madrid at home.

Some heated comments from the managers provided the awaited clash with some much-needed foundation, and the game that followed did not disappoint.

Xavi opted to give a first start to Adama Traore who made his second debut for the club. Ferran Torres played as the central striker with Aubameyang starting on the bench.

From the first whistle, Barcelona dominated the game. In possession, they seemed flawless and pressed high when off the ball.

However, it was Simeone’s side that struck first. In just the 8th minute, Luis Suarez played a lovely through ball to find Yannick Carrasco in the box. The Belgian fired a low shot past Ter Stegen to give Los Rojiblancos the lead.

The Catalans did not take long to respond. Two minutes later, Dani Alves delivered a wide cross to Jordi Alba. The left-back volleyed it first time from outside the box to score a screamer.

Barcelona resumed their dominating play, with Adama Traore wrecking havoc on the right wing. The new signing had his moment in the 21st minute when he got past the defender and delivered a cross into the box. Though Ferran Torres missed the header, Gavi sensationally converted the cross to give Barcelona the lead.

The lead was further extended two minutes from half time. Dani Alves took a freekick to find Gerard Pique. The centre-back hit the woodwork, before Ronald Araujo volleyed the rebound to make it 3-1. Heading into halftime, the Catalans seemed poised to take an easy ein home.

The second half hour off to a flyer for Xavi’s side as they added a fourth goal. The delivery from Gavi was wonderfully dummied by Pedri and Ferran, before Alves scored a stunner.

Just when there seemed to be no way back for Los Rojiblancos, a steep turn of events ensued. It all began with a second goal for the visitors courtesy of a cheeky header from Luis Suarez.

In the 69th minute, an unnecessary challenge from Alves forced the referee to show him red. Barcelona were down to ten men with twenty minutes to go.

The tension built, and the visitors took the upper hand. The posession scale shifted, with Atletico Madrid getting the better chances. Xavi was shown a yellow card while his assistant was shown red.

The Blaugranas weathered the storm with some resilient defense and well-worked passes. Despite being a man down, they managed to string together some good sequences. Six minutes were added on, but it was not enough for Simeone’s side.

Barcelona took home all three points and now sit in the top four.