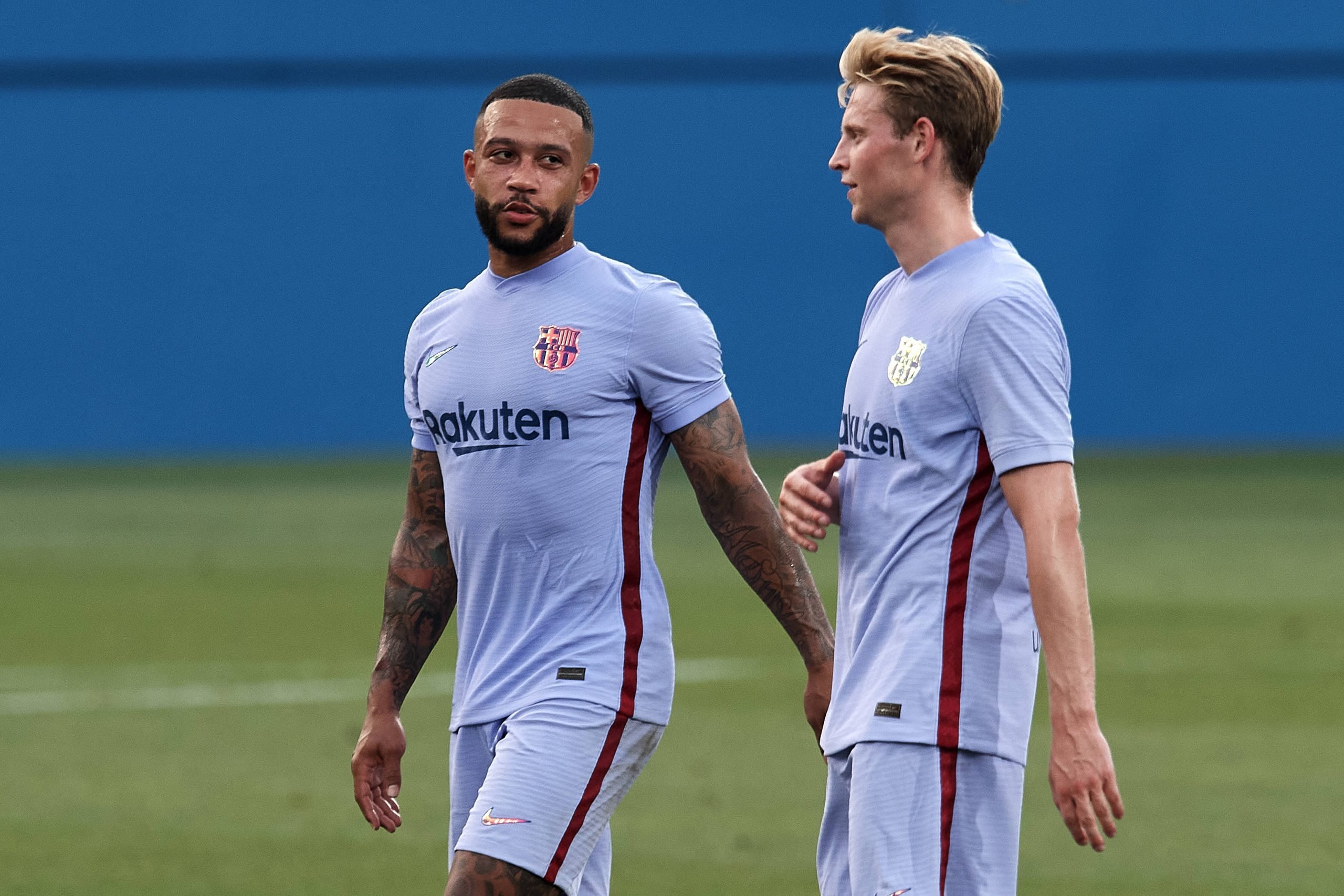 The preparation for the next season has started. A Barcelona side that has failed to live up to what is expected of them recently is hoping to have a stronger showing this time around. The second match of preseason is here, and along with many youngsters getting a chance we also saw the newcomers get some minutes.

The result of a 1-3 victory to Barcelona was a somewhat fair representation of the match. In the first half, Barcelona were narrowly better as Girona got decent chances on goal as well. In the second half, however, the Catalans stepped up their game and continued gaining match sharpness while delivering a solid performance.

Inaki Pena had a relatively quiet game. However, he completely missed the penalty and looked hesitant when playing risky passes. Good job in terms of reliability, but he often failed to play the high-risk-high reward passes.

There’s little to appreciate about Dest’s performance against Girona. He was lacklustre in all phases of play. The positive moments so far outweighed by the negatives that the former might as well be considered negligible. Much more match sharpness is needed for Dest to reach his usual level.

Gerard Pique’s performance was composed of a failed penalty and a defensive blunder bailed out by Balde, but clever fouls and acceptable defensive play. The veteran essentially did nothing special, but he was not poor by any means. His defensive senses need some playtime, but he would constantly get on the end of aerials and maintained his usual great ball distribution.

Similar to his defensive partner, Samuel Umititi’s performance wasn’t entirely defined by moments in defense. The French defender made some clever tackles and was impressed with his anticipation and distribution. In the box, however, the defense needed support which led to some shaky moments.

By no means did it look like Balde was a 17-year-old playing just his second match for the first team. He showed the ice in his nerves when defending and the fire in his belly on the attack. A very impressive performance was littered with instances where he displayed a deadly combination of physical and technical excellence.

The Spanish right-back, recently under a lot of fire for poor performances, did little to help the fact. Similar to the two other starting midfielders, he failed to keep the opposition from progressing through the middle, rarely threatened the defense with passes, and made amateur mistakes. However, unlike the other two starting interiors. Roberto has years of first-team experience to his name.

The single pivot position is arguably the most demanding in a system such as Barcelona’s and Nico Gonzalez got to experience that first-hand. For every beautiful line-breaking pass that he played, he also showcased inexperienced positioning and slow decision-making leading to loss of possession in crucial areas.

The diminutive midfielder was energetic as always, but he would too often look to carry the ball into dangerous areas when he could receive the ball in the same areas with better positioning. As a result, Riqui Puig’s overall influence and incision were uncharacteristically absent.

His promising performance on his debut in the previous match was followed today by one that showcased many of his weaknesses. Forcing him onto his right foot, allowing space only in the interiors and not out wide, etc. These factors meant his adventurous attempts at deadly passes and shots were rare and inconsistent. To add to this, he offered almost no cover to the right-back when Girona attacked on the counter.

Forced off after injury within 40 minutes, the hat-trick hero the previous match scored once but failed to have much involvement. His finish, a simple one, could’ve easily been saved if not for sub-par goalkeeping, to say the least.

Nils Mortimer started off the match with energy, constantly making runs and positioning himself in space to receive. He even provided an assist. However, his assist to Manaj was overshadowed by a naive handball.

Barcelona’s latest big signing got off to a good start. Coming on in the first half, he was bright from the get-go. When needed he would make the runs, and when needed Depay would also show his quality on the ball. Promising signs as the Dutch attacker looks to replicate his red-hot international for Barcelona.

As Barcelona played a more attacking and complete game in the second half, instances, where the defenders were called into action, were not many. Comas was reliable and had few challenges. To cap off a straightforward match for him, he almost scored a header from Gavi’s pass.

Relentless, Antoine Griezmann was crucial for the team in the second half. His incisive passes, clever runs, and lightning-quick linkup play all combined into very impressive performance. He could have had a couple of assists as well, and once again showed his value to the team.

Barcelona B’s captain and talisman Alex Collado embodied lightning in a bottle against Girona. Intricate operation in tight spaces, great switches of play, and a constant attacking mindset. Collado did what he does best, he took the game to the opposition.

Miralem Pjanic burst onto the pitch in the second half with some adventurous attacking moves. His line-breaking passes, pinpoint accuracy, and calculated short passes were a delight. As the half went on, he gradually played more conservative passes. Though he maintained possession, Pjanic failed to do anything apart from the bare minimum towards the end.

Similar to Arnau Comas, Clement Lenglet had little to do. His performance was straightforward, as he chose the right passing options and maintained defensive positioning well. This was a cameo too short to evaluate exactly what kind of form the Frenchman is in.

Barcelona’s Dutch gem was back in action and showed promise despite just coming back from holiday. His usual runs into the heart of the opposition were present, but he also showed some good ball-control in tight areas. Frenkie also contributed to the attack, not only with line-breaking passes but also by making runs off-the-ball as we saw from him last season.

Yet another youngster who impressed, Pablo Paez Gavira, known as Gavi, was excellent. His passing was immaculate, positioning optimal, and vision incredible. A performance like this is what should be expected from certain players with much more experience in the club. But where they failed, Gavi shined bright and gave us a glimpse of what we could possibly witness for more than the next decade.

Igor Gomes naturally plays as a center-half, but he was deployed at right-back today. Despite this, he was reliable in defense. His attacking influence was not significant but it didn’t matter much as Barcelona had more than enough palyers who could make a difference in the attack. This was an uncomplicated display for Igor Gomes.

N’Diaye was brought on in the second half, and he once again played with conviction. An excellent tackle towards the end of the game after coming back to defend quickly summed up a performance that showed promise in both attack and defense. The left-back showed great awareness when defending set-pieces as well, complemented by defensive discipline throughout.