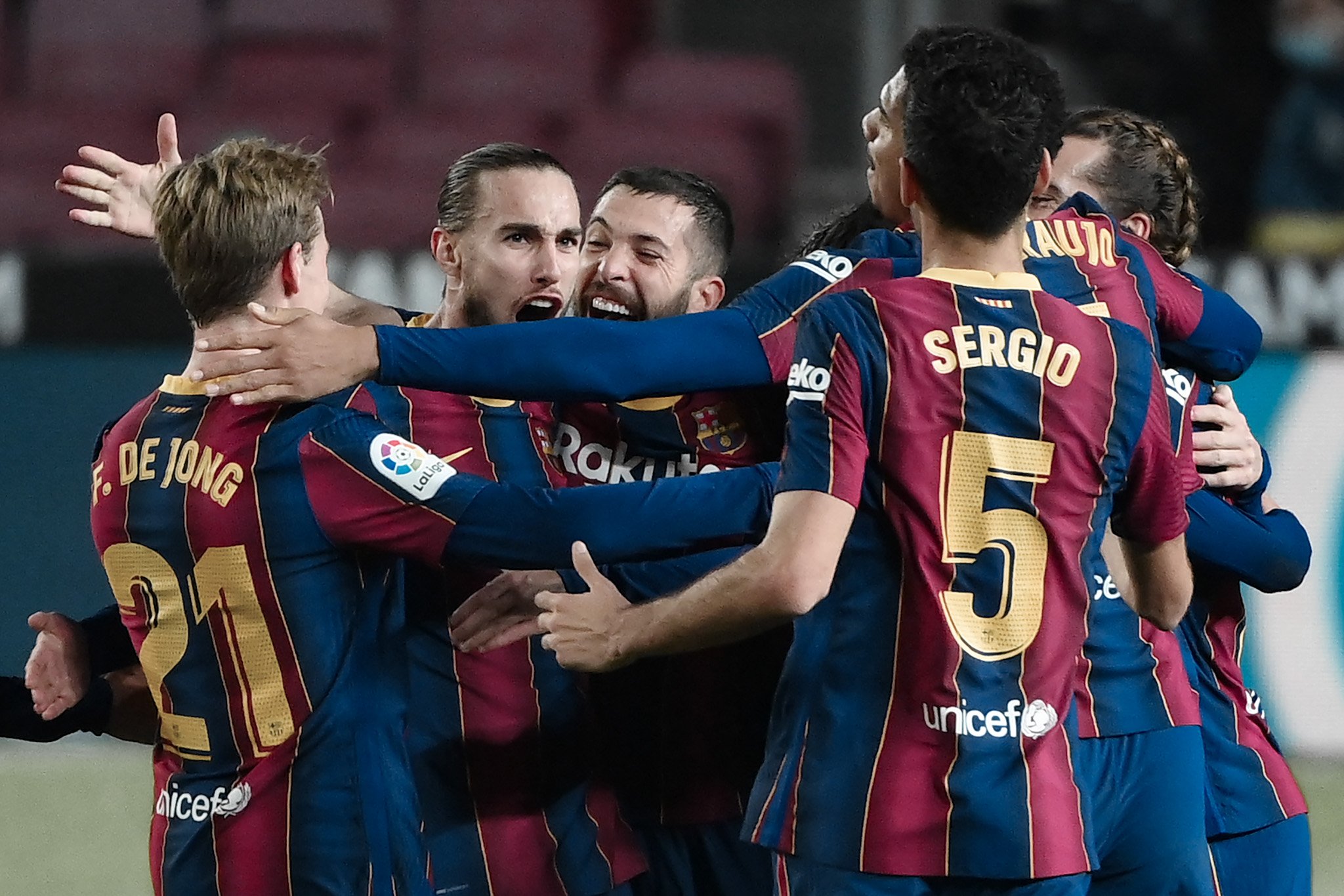 After a lucky win against Levante at home, Barcelona had to win convincingly at home to one of the league’s best sides. However, Real Sociedad came to the Camp Nou with a depleted squad as David Silva and Mikel Oyarzábal, two stars of La Liga were not available.

Ronald Koeman came in with a 4-3-3 and benched Clément Lenglet. For their first senior start together, Ronald Araujo and Oscar Mingueza tamed a potent La Real attack. The hosts dominated the play before being stunned before the half-hour mark.

A moment of brilliance from Real Sociedad then put them in the driving seat. Portu collected the ball on the edge of the area and passed it to Robin Le Normand. The Frenchman’s superb pass went back to the winger who gave it to Willian José for a tap-in. Barça responded directly with a Jordi Alba screamer. The Spanish left-back got the ball inside the area and nestled a shot in the top corner.

After the equaliser, the locals got two superb chances. Antoine Griezmann rounded the keeper and shot on the crossbar. Martin Braithwaite then received a sublime pass from Leo Messi, but his shot went above the crossbar. After missing those two game-winning chances, Koeman’s men went in front. Frenkie de Jong scored a tap-in after a beautiful Jordi Alba cross. The Dutchman thought he was offside, but VAR gave the goal.

All in all, this was a complete performance from the Blaugrana side. They could not have given much more, but they have to improve their finishing. Dominating the league leaders, and top scorers is no easy task. They should gain confidence from that showing.

Koeman came back from the dressing room with unchanged plans. The Catalans wanted to further their lead and went back with all guns blazing.

Griezmann, who missed a great chance in the first half, became the talk of the town in the second. The Frenchman missed an open goal attempt and, a few seconds later shot straight at Alex Remiro after a beautiful pass from de Jong.

Alexander Isak came off the bench to create danger for the visitors and did. The big Swede ran in behind the defence and had a one-on-one opportunity with Marc-André Ter Stegen. The young Pedri cleared the ball but fell on the goalposts. The youngster seemed alright, but the blow must have been hard to take. Ter Stegen made a double save in the dying minutes of the game and saved his team. As La Real grew into play, they could not dominate a well-oiled side backed by a super goalkeeper.

In the end, Barcelona came back from a difficult with 3 points. They managed to turn the game on its head for the first time this year, and there were encouraging signs. If the Catalans can go on a big run of wins, and play this well, they might become contenders for La Liga and Europe. Consistency is key.

That brings an end to the Barcelona vs Real Sociedad Match Review.