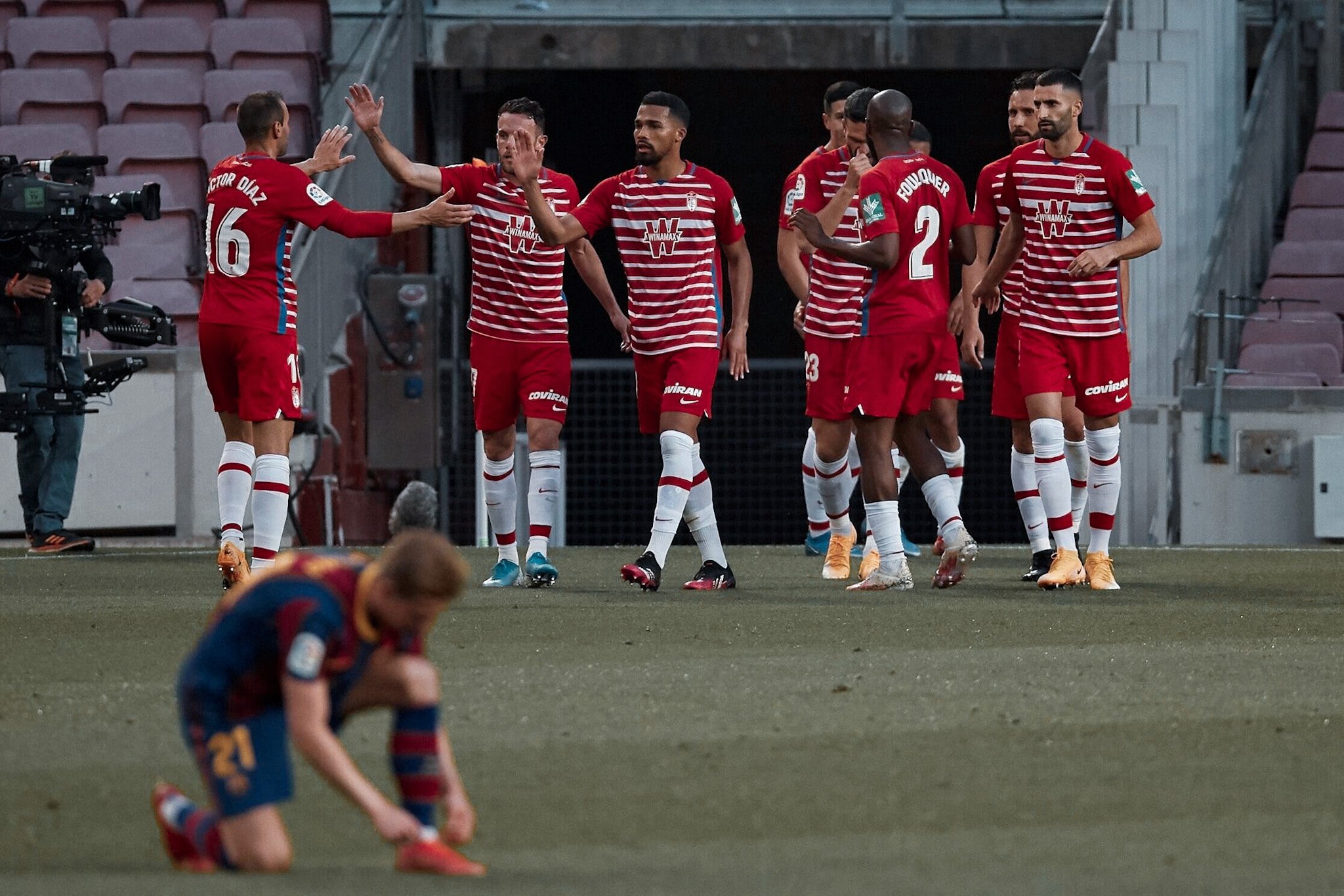 At the thought of another final, Culés started feeling nervous. Granada is never an easy team to play against, and Barcelona knew what was at stake there, the league title.

However, as the first half went by and Barça could not find the back of the net, the anxiousness of the players could be felt. Will they score? Asked the Barça fans.

Well, one man eased all the nerves, and who other than Lionel Messi. The move for the opener was a joy to behold, one of the best goals one could see this season.

In the end, Messi delivered, and Barcelona were back on top of the league for the first time this season. They could have had a much better game, but Granada were not aggressive either.

The second half was way worse, perhaps the worst in 2021 for the locals. Barcelona were a sinking ship, looking like their older self as Granada capitalised on the occasion.

Nothing went well, other than Sergio Busquets’ passes. Those passes split up the Granada defence, but no one was there to find a second goal and players like Sergi Roberto had an abysmal half.

Granada’s two goals came from comical Blaugrana defending. In truth, it was not Granada who won the match, but Barcelona who lost it.

In a week where Barça could have topped the league, they completely sank. Such behaviour has to be rectified before the five remaining finals.

24′ GOAL! Barcelona 1-0 Granada: Sergio Busquets has the ball near the centre-circle. Lionel Messi gets it and finds Antoine Griezmann quickly. The Frenchman does a superb flick and returns the ball to his captain. Messi finds the back of the net from a difficult angle.

36′ Busquets, again near the centre-circle, finds Messi in behind the defence with a beautiful pass. However, the Argentine forward misses his one-on-one, and the ball goes out for a corner.

63′ GOAL! Barcelona 1-1 Granada: Luis Suarez attacks from the right as his pass beats Oscar Mingueza. Darwin Machís is quicker than Sergi Roberto and slots the ball in the back of the net.

78′ GOAL! Barcelona 1-2 Granada: Granada attack on Sergi Roberto’s side. Luis Suarez leaves the ball to Adrián Martin, whose cross is perfect. Jorge Molina scores the second goal for the visitors.