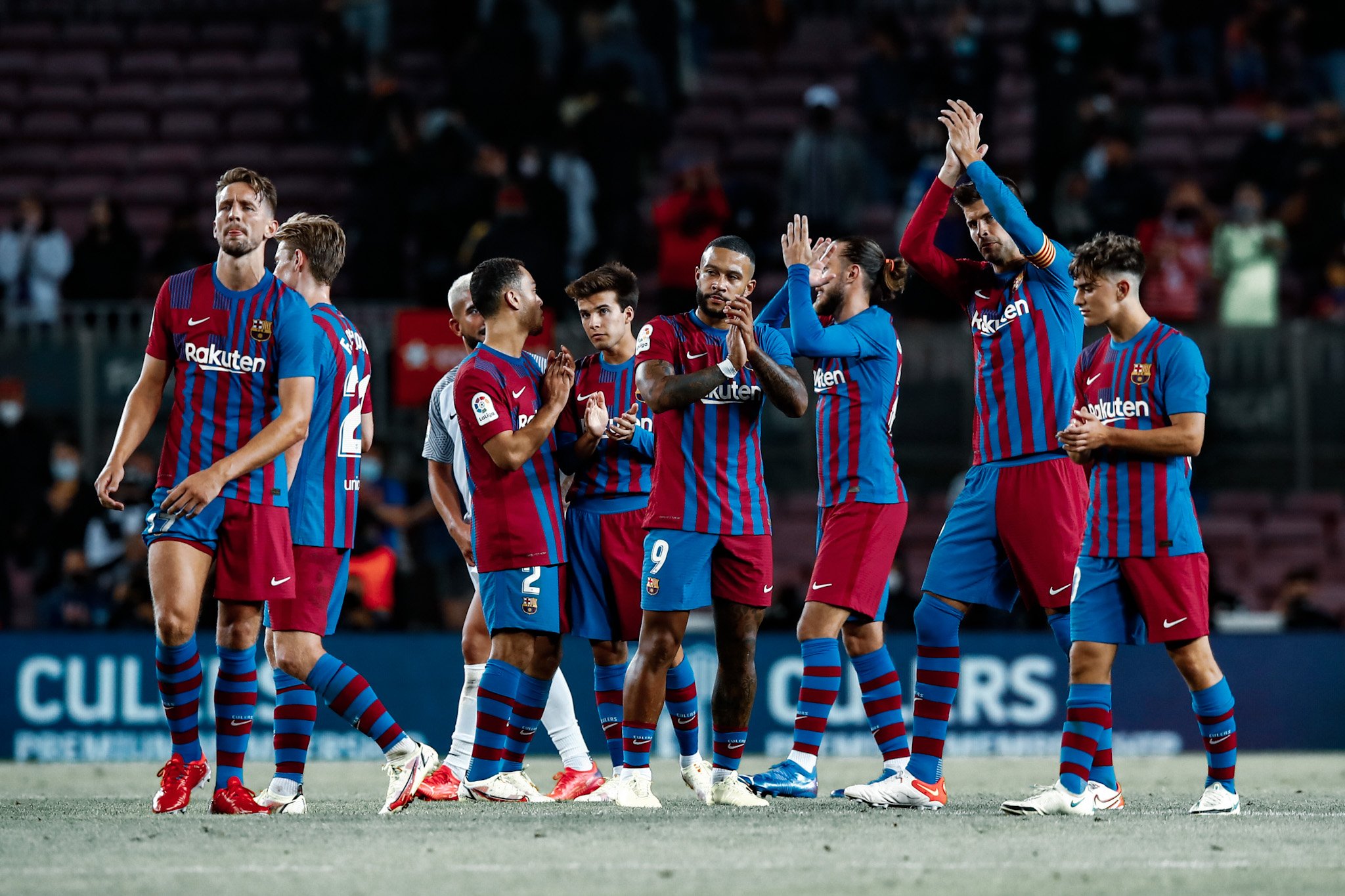 Five months after losing 1-2 to Granada at the Camp Nou, Barcelona had to settle for a draw this time around. It was an ugly affair through and through, full of uninspiring play and few meaningful chances. But as the match commentator put it, “better than last season I suppose.”

Ter Stegen had a quiet night, if not an unchallenged one.

Rating Dest’s performance is a difficult one. On one hand, he was one of the most targeted players on the night and had plenty of threatening runs. On the other hand, his crosses rarely hit their target and he was dispossessed quite often. Still, he deserves some accolades for the effort.

Another match, another brilliant showcase from Araujo. The Man of the Match kept Granada’s attackers at bay and was equally impressive on the other end. He finished with five shots and equalized for the Blaugrana in the 89th minute.

Starting alongside Araujo, Garcia’s performance was solid, although he was forced to foul on many occasions.

In his first start, Balde did not do much before being subbed out after 41 minutes due to some discomfort.

Barcelona’s captain had an overall disappointing performance, and was substituted early in the second half.

De Jong was not on his A-game against Granada and was visibly frustrated on occasion, but still put in a positive performance.

Like many of his teammates, Roberto was ineffective and subbed off at halftime.

Coutinho earned his first start in almost ten months, playing (mostly) as a left-winger. Naturally, he was given the freedom to roam and drop deep to pick out passes to ongoing runners. He made some threatening balls, but to no avail on the scoresheet.

Without much time and space, Depay failed to score and put on a relatively quiet performance.

Demir could not do much against Granada’s low block and was mostly ineffectual.

It was an extremely uneventful night for Barcelona’s new signing as he had a pristine chance to score late on in the match, but his header was off target.

In a rare sighting, Riqui Puig came off the bench for Busquets, although couldn’t create any magic.

Gavi made the most of his appearance off the bench as he set up Araujo for the equalizer. He calmly received Pique’s short pass in the box, and picked out the tall Uruguayan.

With around 15 minutes left to play, Koeman subbed on Pique not as a centre-back, but as a centre-forward. He consequently set up Gavi who assisted Araujo.

Coming on at right-back, Mingueza brought more defensive stability as well as an outlet down the flanks.