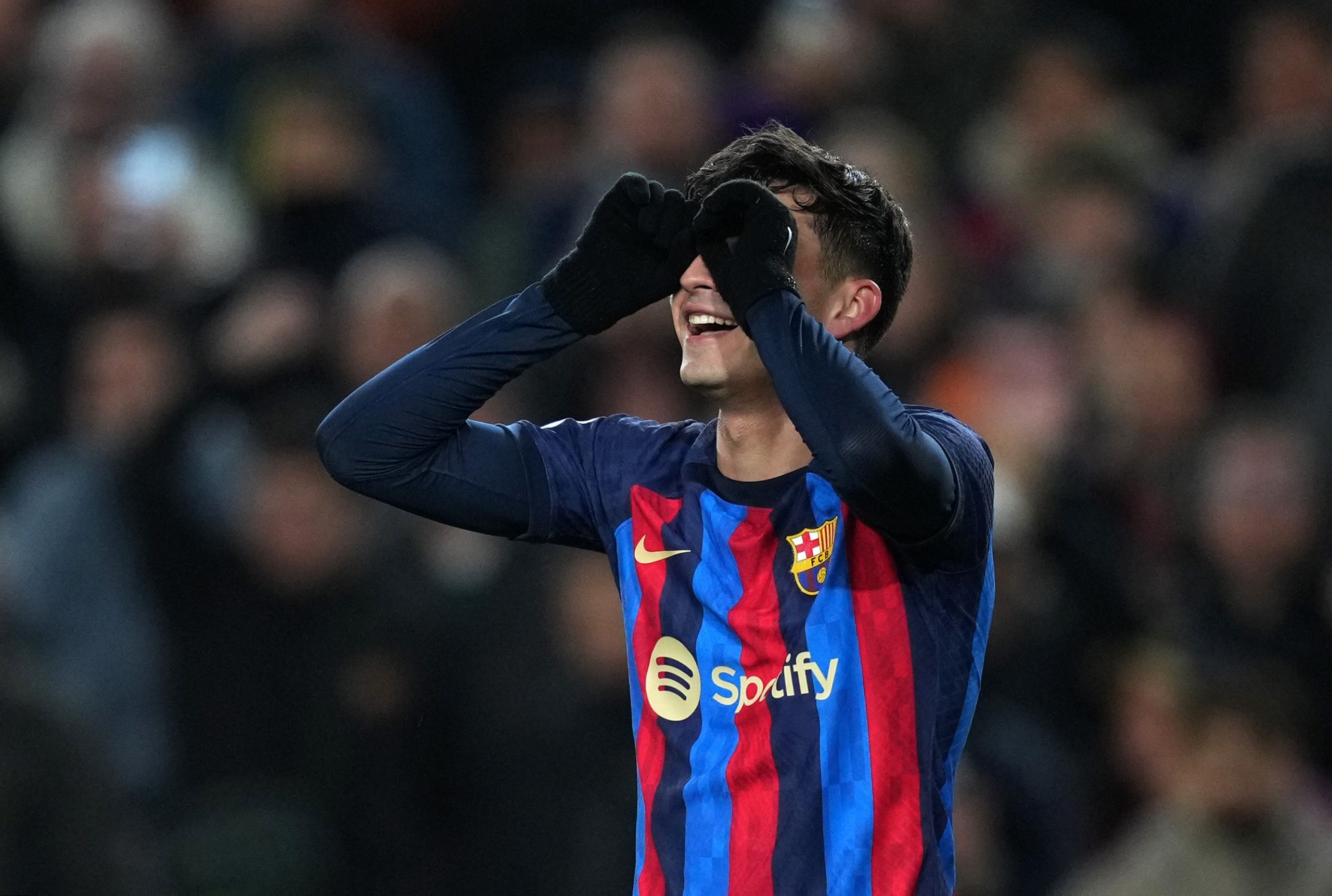 League leaders Barcelona took on a struggling Getafe as they played their first game of the year at Spotify Camp Nou. A win would see them temporarily extend their lead over Real Madrid to six points and thus keep the pressure on their arch-rivals.

Xavi made a multitude of changes to the XI that started against Ceuta midweek.

Gavi, Pedri and Sergio Busquets were called up to play in midfield, while Ansu Fati was flanked by Raphinha and Ousmane Dembele in the final third.

In just the fourth minute of the game, Getafe had the ball in the back of the net. The goal was instantly ruled out, however, as Enes Unal was in an offside position.

Barcelona slowly grew into the game in the next ten minutes, but it was clear that the Catalans were not at their highest level. While they struggled to break down the visitors’ defence, the odd misplaced pass was the standout observation – for the worse, though.

The Blaugranas’ first chance came through Dembele, who took a long-range shot in the eighth minute. The vicious strike threatened to beat Sori, but the shot-stopper made a timely dive.

Dembele and Raphinha soon switched flanks as the Brazilian returned to the left wing. In the 35th minute, it was Raphinha who created the Catalans’ opening goal.

Jules Kounde’s threaded ball released Raphinha into space on the left flank and gave him enough space to swirl a cross into the area. Charging into the Getafe area, Pedri guided the ball home to give his side the lead.

The goalscorer almost gifted back Quique Sanches Flores’ side an equaliser just six minutes later when his misplaced pass found Borja Mayoral open in front of the Barcelona goal. The former Real Madrid man had a glorious chance to equalise, but Ter Stegen stood his ground and denied the Spaniard in a 1v1 situation.

As the referee blew his whistle for halftime, Barcelona walked away with a deserved one-goal lead, while Getafe walked off with an unlucky deficit.

Before the second half, Xavi made two changes in the defence. Jordi Alba replaced Alejandro Balde, while Eric Garcia came on for Andreas Christensen, who experienced discomfort in his hamstring.

Getafe got the second half off to a strong start when Mayoral forced Ter Stegen into an important save in the 47th minute. There on, Xavi’s side once again began to assert their authority.

Franck Kessie replaced Raphinha in the 60th minute. Gavi moved onto the left wing, and the Ivory Coast international took his place in midfield.

Getafe dominated the next phase of the game as they maintained possession and applied stringent pressure when off the ball. However, they could not find a way past the Catalan defence.

Franck Kessie had a scintillating chance to double the Catalans’ team in the 84th minute when Dembele’s sensational dribble and pass found the midfielder open in front of David Soria. The shot-stopper came clutch for his side and denied Kessie to keep Getafe in the clash.

Five minutes of extra time were added on, but there was nothing Flores’ side could do to test Ter Stegen. The game ended 1-0 in Barcelona’s favour and helped them secure a 6-point lead over Real Madrid temporarily.

Xavi’s men will next be in action against Real Sociedad midweek in the Quarterfinal of the Copa del Rey.