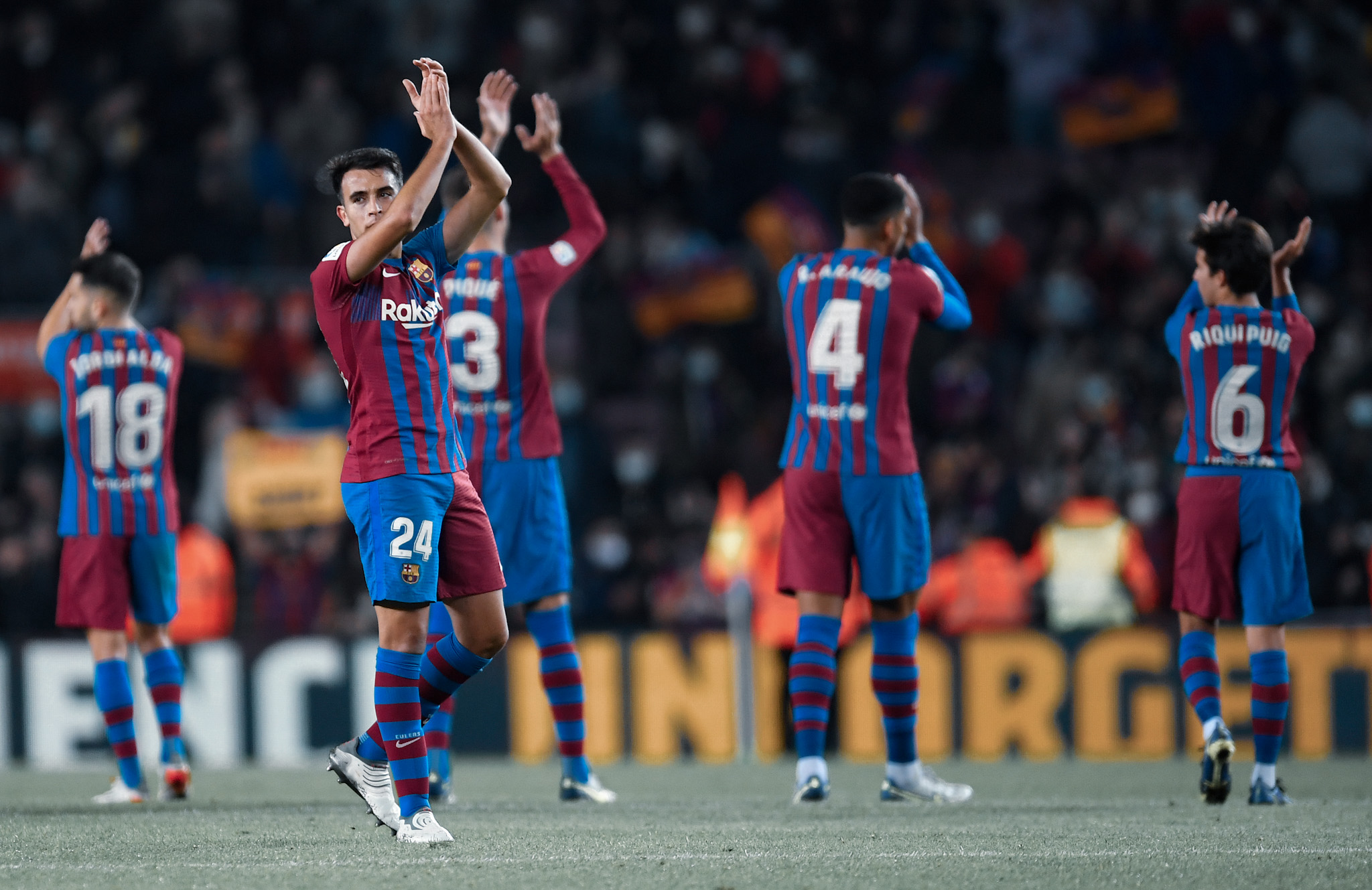 Xavi Hernandez got his managerial career at Barcelona away to a flying start as the Catalan kings marched to a 1 goal victory over local rivals Espanyol in the derby. The night saw a packed Camp Nou more excited and vocal than ever, and needless to say, not disappointed.

The hosts won the game thanks to a spot-kick from Memphis Depay, yet the scoreline does not tell the full story. Here are the player ratings from the Barcelona – Espanyol game.

The German goalkeeper is a vital part of Xavi’s plans at the club. Unsurprisingly, the manager rated ter Stegen’s ability on the ball highly. That said, the goalkeeper did impress in his first outing under the new manager.

Ter Stegen made three saves and completed 100% of his attempted passes on the night. He also denied a late equaliser for the visitors in the final minute of the game.

Oscar Mingueza might be one of the more limited players in terms of the ball-playing versatility Xavi demands. The Spaniard found playing time thanks to an injury to Sergino Dest. However, he could not make the most of it.

While he was solid with his distribution, the La Masia defender seemed very fragile in defence. Unsurprisingly, most of Espanyol’s chances came off Mingueza’s errors.

The tall centre-back had a good outing on the derby night he is known to enjoy. Pique was constantly in conversation with Xavi directly, taking instructions and moving the team on the field. Most of the buildup started at his feet. Moreover, he had two clearances, an interception, and a tackle on the night.

Though a lot of hate was initially thrown at Eric Garcia for his sloppy defending and rash challenges, the young centre-back has turned things around now. Though still far from flawless, his confidence on the ball and distribution are huge assets to the side.

In defence too, Garcia has improved significantly over the past month. On Saturday, he was again the more important centre-half.

Xavi’s admiration of wide wingers and reversion to a 4-3-3 meant that Alba’s role would change. Saturday gave us the perfect chance to witness what would be expected of the Spaniard in the new system.

Unlike in previous encounters, Alba was not given the entire flank to himself. The full-back was asked to combine with an advanced Frenkie de Jong and Gavi while sitting deeper than usual. That said, the left flank looked like a daunting force.

The Barcelona captain remained in direct communication with the manager and ensured their translation on the field. In midfield, Busquets was again a force that threatened Espanyol in every play. He not only recorded two key passes but was involved in two tackles on the night. The captain seemed more proactive, not hesitating to shoot when given the tiniest of chances.

Nico almost played the full 90 minutes before he twisted his ankle and had to be replaced. The youngster’s natural connection with the ball once again made him a decisive factor. He has found his niche as an attacking midfielder in the first team and impressed once again. ,

Not only did Nico have two shots on goal saved but also provided two key passes. Moreover, he was a prime candidate in the side’s high press.

After a long time, de Jong looked like a special player on the pitch. The youngster played higher up on the field and constantly made runs into the opposition box. He even scored a wonderful goal that was ruled out for offside. His three key passes against Espanyol were the highest recorded by anyone in the Barcelona squad, giving him one of the highest (joint) ratings.

The 17-year-old winger from the academy received his debut under Xavi as he started on the right-wing. Ilias did not make any mistakes on the night but did not live up to the high expectations that were around him either. He was replaced at half-time.

Gavi once again showed that he can play in any position to deliver an impact performance. The 17-year-old was asked to play as a winger and did not disappoint. He completed four successful dribbles and should have finished the game with a couple of assists to his name. Moreover, it was his through-ball that helped Barcelona win the penalty.

Memphis Depay was named man of the match for his proactive display in the Espanyol box. He won the penalty early in the second half and converted it to score the only goal of the night. Yet, he should have easily had a hat-trick on the night.

Memphis’ movement is something that would have impressed Xavi, as his dribbles continually stumped the visitors’ defence.

Abde replaced Ilias at half-time and delivered a performance that got fans excited. The teenage winger completed a ridiculous six dribbles in 45 minutes while also registering a shot on target and a clear goalscoring opportunity missed. He was a constant menace down the right-wing and gave the manager every reason to be proud.

Coutinho came in late in the second half for Gavi. However, it was after his introduction that Barcelona’s prominence on the ball began to diminish. While he was actively asking for the ball, he found only the most ordinary and sideways passes.

Riqui Puig was called on by Xavi to help the team regain control of the ball. However, he could not help the team dominate a determined Espanyol in the closing minutes. Nevertheless, he has a 100% pass accuracy.

Yusuf Demire came on for the final nine minutes and registered only three touches of the ball. He lost the possession all three times.

That brings us to an end to the player ratings of Barcelona 1-0 Espanyol.