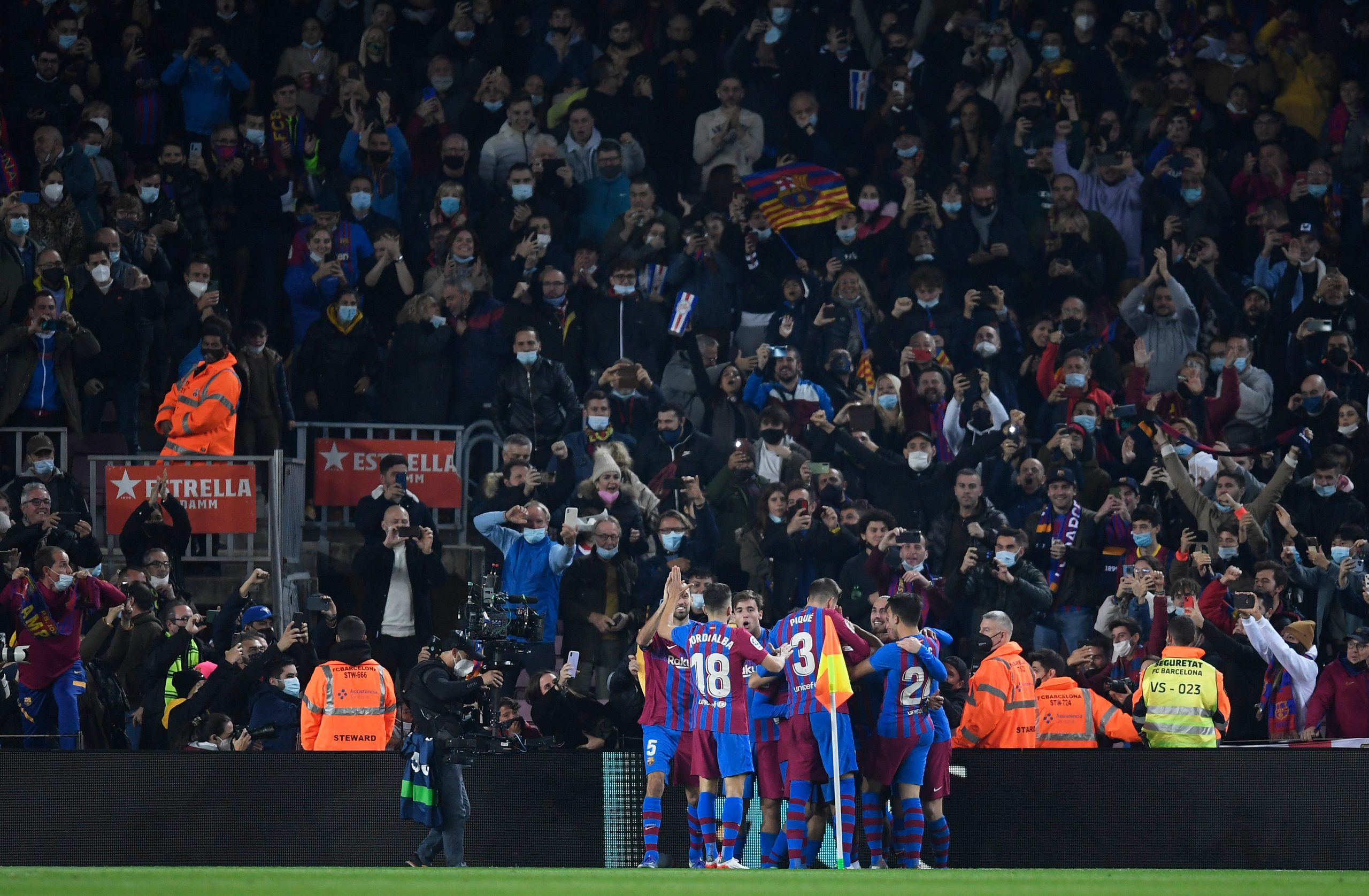 Barcelona hosted Espanyol in the Catalan Derby for the first game after the international break. The occasion marked Xavi Hernandez’s managerial debut and was at Camp Nou. The game was tense, but the hosts came out on top after a grueling 90 minutes.

The change in approach was visible from the very first minute of the game. Xavi’s requirements mandated that Ilias and Gavi stayed wide on the flanks with Jordi Alba continuously switching with the latter. The play proceeded more from the centre of midfield to the players on the wing.

A constant feature throughout the opening period was the vertical runs made by the players. Instead of looking for a forward to make the run into the box, Frenkie de Jong, Nico Gonzalez and Gavi making movements between the lines. That coupled with the patient buildup helped Barcelona create a cascade of chances.

The center backs and midfielders looked to go over the defence and find the forwards out wide. Moreover, the play inside the opposition box displayed wonderful tenacity and intricacy in passing that led to a couple of chances for Memphis Depay.

The side finished the first half with 11 shots, four of which were on target. It was the highest number of shots in the first 45 minutes by Barcelona this season, a clear indication of the positive change in intensity and motive.

Abde replaced Ilias Akhomach at halftime, with the 19-year-old taking up duties on the right-wing.

The second half began in the best possible fashion for the hosts. Gavi slid in a wonderful ball for Memphis Depay who received it behind the defence. The Dutchman was taken down in the box and won a penalty for Barcelona. He converted the spot-kick with ease to give the hosts the lead in the 48th minute.

Abde was the player to come closest to doubling the lead for Xavi’s side at the hour mark. The teenager received the ball in a 1v1 situation and put the ball just wide from a difficult angle. The midfield looked more lively than ever and operated at very high technical quality, threading through balls with ease.

Frenkie de Jong made a wonderful run to get on the end of Nico’s through ball. Though the Dutchman scored with neat technique, the goal was ruled out for offside.

Abde, who was already on a yellow card, gave away a freekick in a dangerous location at the 67th minute and risked being sent off. The referee was lenient, and the freekick caused little trouble to Marc Andre ter Stegen.

Espanyol tried to bite back immediately with a quickly taken free-kick moments later, but Raul de Tomas missed a one on one situation against the German goalkeeper. Coutinho replaced Gavi in the 70th minute to play as the left-winger.

The visitors should have equalised in the 84th minute when Wu Lei sent in a cross to Dimata who could not head it in. Espanyol had another header hit the crossbar two minutes later and Barcelona returned to their closing minute nightmares.

Yusuf Demir and Araujo replaced Nico and Mingueza for the final minutes of the game. Six minutes of extra time were added. The game ended in a win for Xavi on his managerial debut. The Catalans will next host Benfica in a must-win situation in the Champions League.