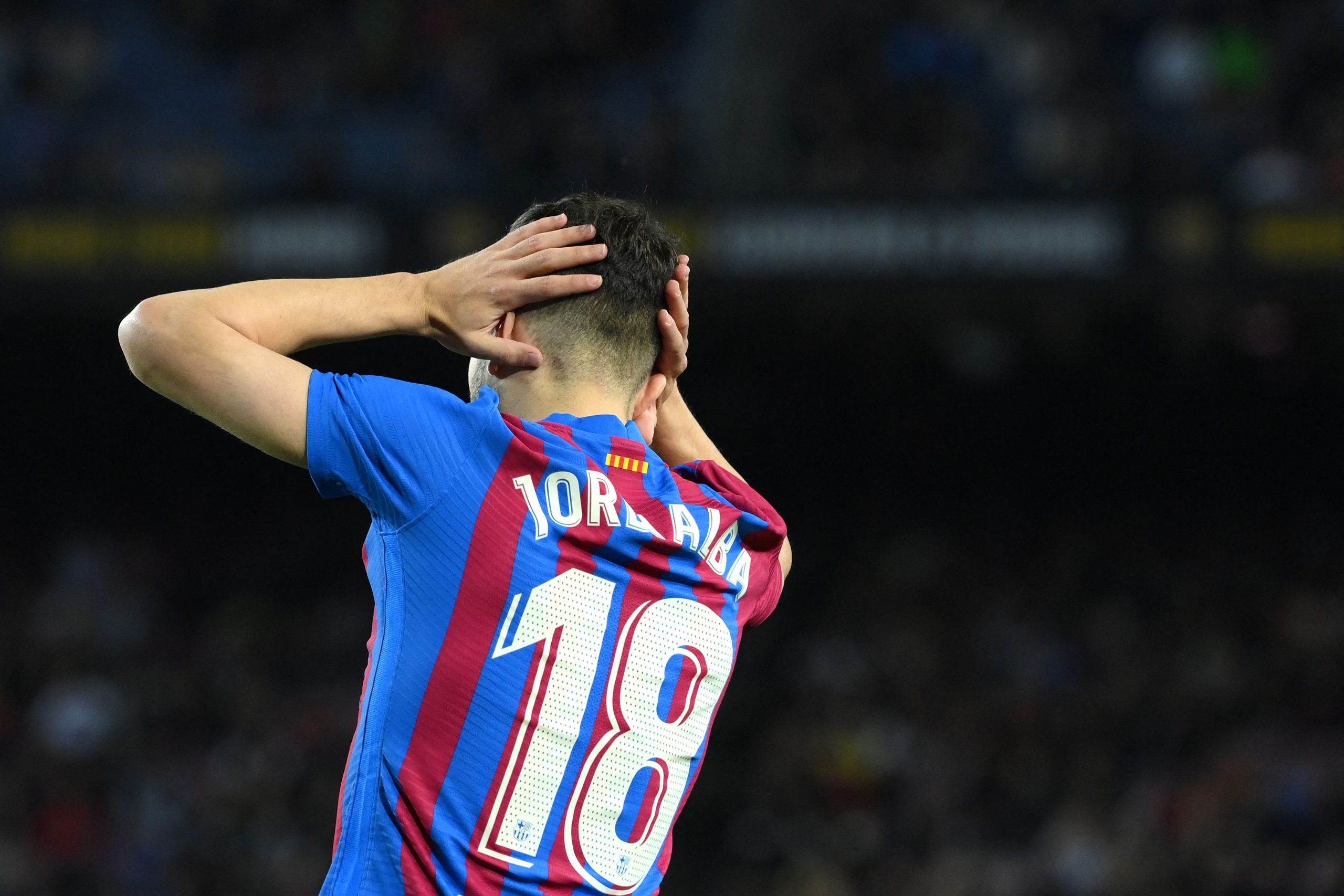 After defeating Barcelona in the reverse fixture, Rayo Vallecano visited Camp Nou hoping to make it two in two against the Blaugranas.

From Barcelona’s standpoint, it was their game in hand that the team have been holding onto for months. Needless to say, it was seen as a chance to seal the second spot in the standings.

Xavi made two changes from the side that beat Real Sociedad at San Sebastian. Gerard Pique and Dani Alves made way for Eric Garcia and Sergino Dest.

The hosts had control over the possession and flow of the game in the opening minutes. However, it did not take long for their train to crash.

In just the sixth minute, Isi Palazon cut in from Barcelona’s left before finding Alvaro Garcia. The striker took advantage of a slip-up from Dest before firing a low shot past Ter Stegen.

Despite going down early, the Catalans took their time to respond. The team took the better part of 20 minutes to settle in, with no real chances created.

In the 28th minute, Gavi went down in the Rayo box after a clash with Comesana. The players called out for a penalty, but the move was deemed offside.

The closing minutes of the first half saw Barcelona create some big chances that began with Dembele in the 38th minute.

Four minutes later, Gavi’s effort hit the crossbar before Torres’ goal was ruled out for offside. At the half-time whistle, Rayo Vallecano seemed set to take three points home against an unconvincing Barcelona.

The second half began with Clement Lenglet coming on for Sergino Dest.

Five minutes into the second period, Palazon had a clear chance to double his side’s lead but Jordi Alba’s timely interception saved the day.

Memphis Depay and Nico Gonzalez came on at the hour mark in the hope of inspiring a comeback. However, even 25 minutes into the second half, Barcelona only managed one shot on goal.

From the 70th minute, Depay and Luuk de Jong began to torment the Rayo defence. In the 81st minute, Dimitrievski did well to deny Depay from close range.

Gavi was taken down by Catena in the 89th minute, but the referee disagreed to even review the incident. Eleven minutes were added on at Camp Nou.

Adama, Alba and Dembele all had their chances in the 92nd minute, but Dimitrievski denied all three attempts with flamboyance.

For the next 15 minutes, the Blaugranas peppered crosses in and create chance after chance. Yet, they could not find the back of the net.

With this result, Barcelona have lost three consecutive home games for the first time since 1998 and the second time in the club’s history. The Catalans are now level on points with Sevilla and risk losing the second spot to the Andalusians.