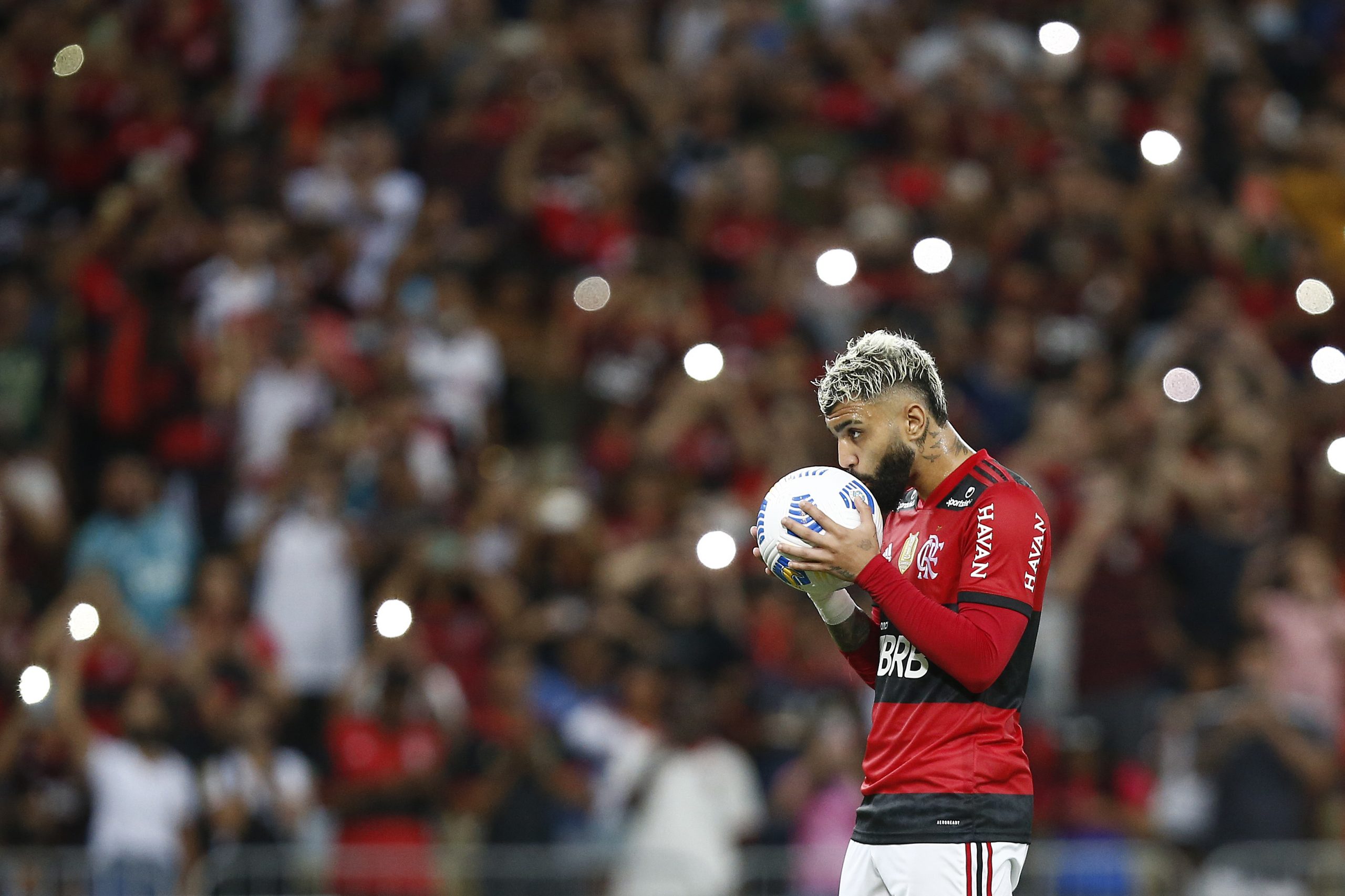 Barcelona’s well-publicised pursuit of a new striker has led to them being offered a shot at signing one of the most in-form goalscorers in Brazilian football.

Indeed, Fichajes is reporting that the Catalan giants have been provided with a chance to secure the services of Flamengo centre-forward Gabriel Barbosa in the summer of 2022.

The 25-year-old, better known as Gabigol, has been in red-hot form for the Brazilian club in 2021. He has produced a return of 29 goals and nine assists from 43 appearances in all competitions.

Having first burst onto the scenes at Santos, the Brazil international is no stranger to European football. The striker made his way to Inter Milan in the summer of 2016 but endured a poor debut season. He then signed for SL Benfica in 2017 but another sub-par six-month loan spell ensued.

Gabigol returned to Brazil in 2018, re-signing for Santos on loan for a year, before he moved to Flamengo. Since his move to the Maracana, the centre-forward has rediscovered his best touch, racking up a tally of 84 goals and 26 assists from 124 matches, helping the club to several titles and trophies.

Now back on the radars of top clubs in Europe, the 17-time capped Brazil international has been offered to Barcelona as a potential signing for the summer of next year. The Catalans need a new centre-forward with Luuk de Jong’s transfer proving to be a disaster while Memphis Depay has struggled when playing through the middle.

With Sergio Aguero set to retire, there is a vacancy for a new No. 9, with names like Edinson Cavani, Arthur Cabral, Anthony Martial and Pierre-Emerick Aubameyang being mentioned.

With Gabigol’s name also now in the mix, it will be interesting to see who Barça decide to go after. The 25-year-old has upped his game in the last two years and can prove to be a shrewd buy for the Catalans.