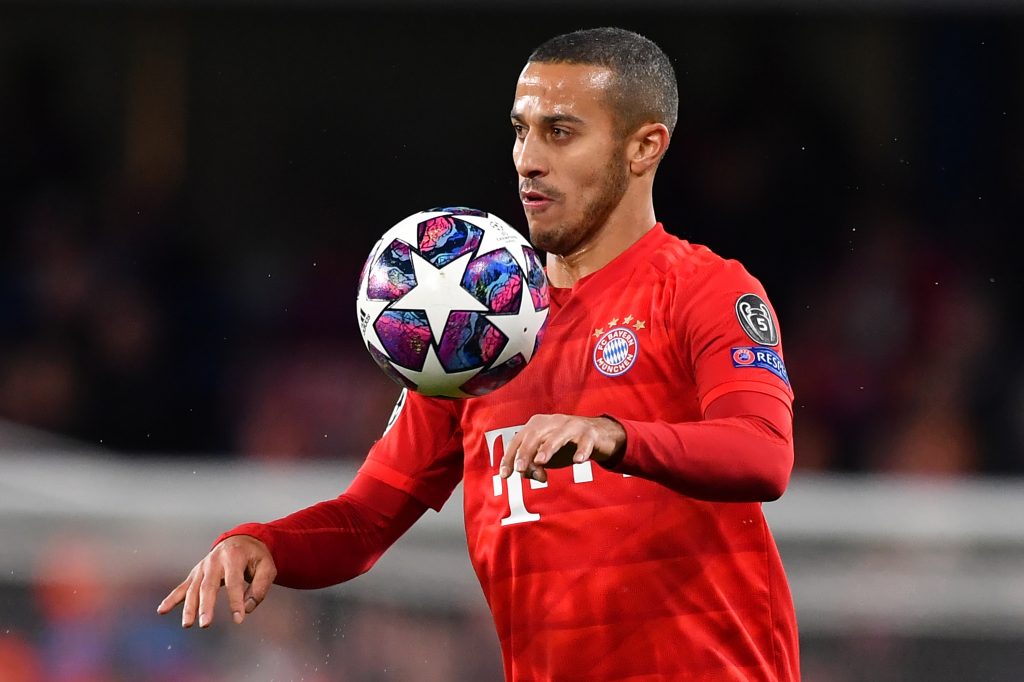 Bayern Münich is looking to sell Thiago Alcantara before the midfielder leaves for free next summer. His price is currently around €30 million, and all signs point towards Liverpool bringing him to the Premier League.

Thiago is enjoying his last weeks as a Bayern Münich player. The player is preparing for the second leg of the Champions League against Chelsea. According to Kicker, the Spanish international will say goodbye to the German club afterward.

Even though initially the club was aiming to renew his contract, the 29-year-old did not want to stay for longer. Bayern is willing to sell Thiago for a fee as small as €30 million, and it is not ruled out that this price tag will be lowered due to the player’s contractual situation.

Thiago has been a player that Barcelona fans have been appreciating ever since he left the Camp Nou, and it would have been wonderful if the former Barça midfielder returned. However, Barcelona already added Miralem Pjanic to their squad recently to “strengthen” their midfield, thus Thiago to FC Barcelona is completely ruled out.

Source: Kicker via AS