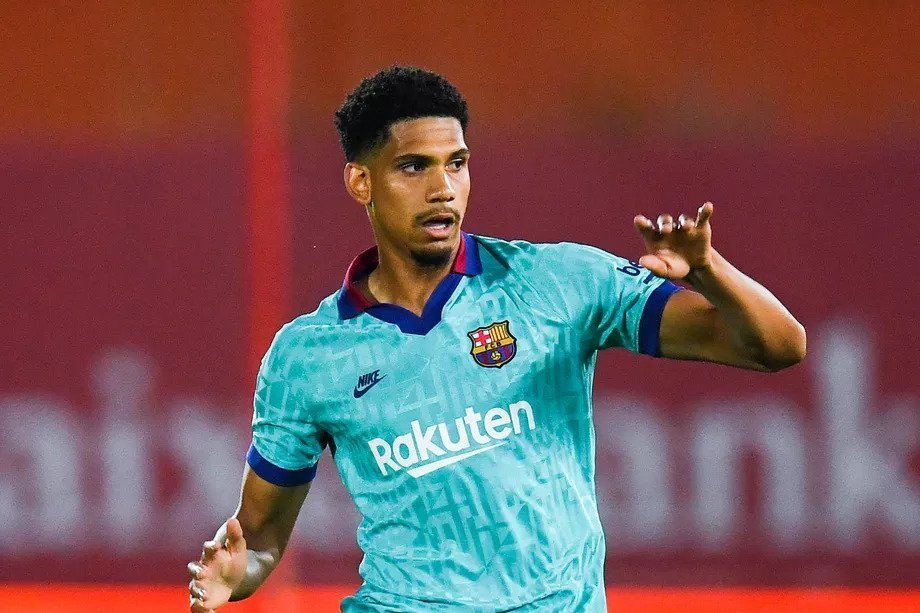 Barcelona defender Ronald Araújo made his first-team debut on Sunday against Mallorca. The 21-year-old got his starting opportunity after Umtiti has been benched due to his injury, and Lenglet missed the game due to suspension.

“Araújo’s performance was excellent today.”, said the Barcelona manager after the 4-0 victory over Mallorca.

With outstanding performance, Ronald Araújo managed to keep a clean sheet. Araújo told that on the pitch, he takes Piqué as an example.

“I follow Piqué on the pitch in detail. He’s my idol and I wish to be like him one day.”, said the Uruguayan defender.

“I have worked hard to earn this opportunity. I am very happy and excited. I tried to enjoy it to the fullest. A few years ago, I used to choose Barcelona on the PlayStation. Now I share the dressing room with them.”, the Barça gem added.

The 21-year-old also explained who helped him a lot since his debut.

“Luis Suarez has helped me a lot since my debut in the first team. He always helps me and supports me. He gave me a hug before the game and gave my advice about how to play calmly. It’s always important to have the support of your team-mates.”, said Araújo.

Barça will not sign a new centre-back this summer reportedly, which gives Ronald Araújo a place in the first team for good. However, the Uruguayan will probably be on the bench against Leganes on Tuesday, since Clement Lenglet will be back from suspension.