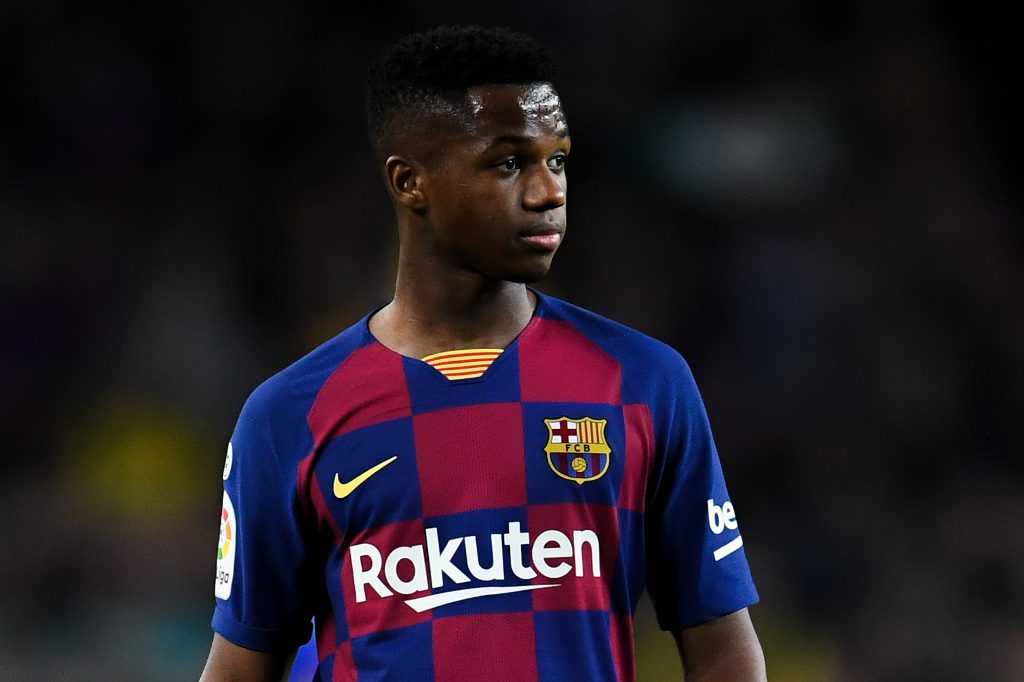 FC Barcelona is afraid that Manchester United might make a huge offer for Ansu Fati in the coming days. Jorge Mendes, Ansu’s agent, has been in talks with the English club for weeks now, and it seems like they might be ready to pay his current release clause.

The idea is that Ansu Fati becomes a first-team player, with a release clause of €300 million. Barcelona wants to negotiate with the player’s agent and environment, and state that they have no intention to sell the 17-year-old.

In fact, Barcelona has already set the details of Ansu’s new contract which would last until 2024. What is only left is the player’s approval.

Earlier under Valverde, agent Mendes had asked Barcelona about the price of Fati, but the club ignored his query and showed that they are not willing to sell him. Borussia Dortmund showed interest and wanted him on loan, but Barça was sure that the youngster’s golden time at the club was yet to come. Later, under Quique Setién, Ansu Fati has shown that he can be a very important player not only for the future but also today.

Manchester United is doing everything to convince the player through agent Mendes, but Barcelona hopes to end all the rumors with a contract extension right after the season ends. Things stand dangerous since United would be ready to pay triple the salary that Ansu is earning at Barça.