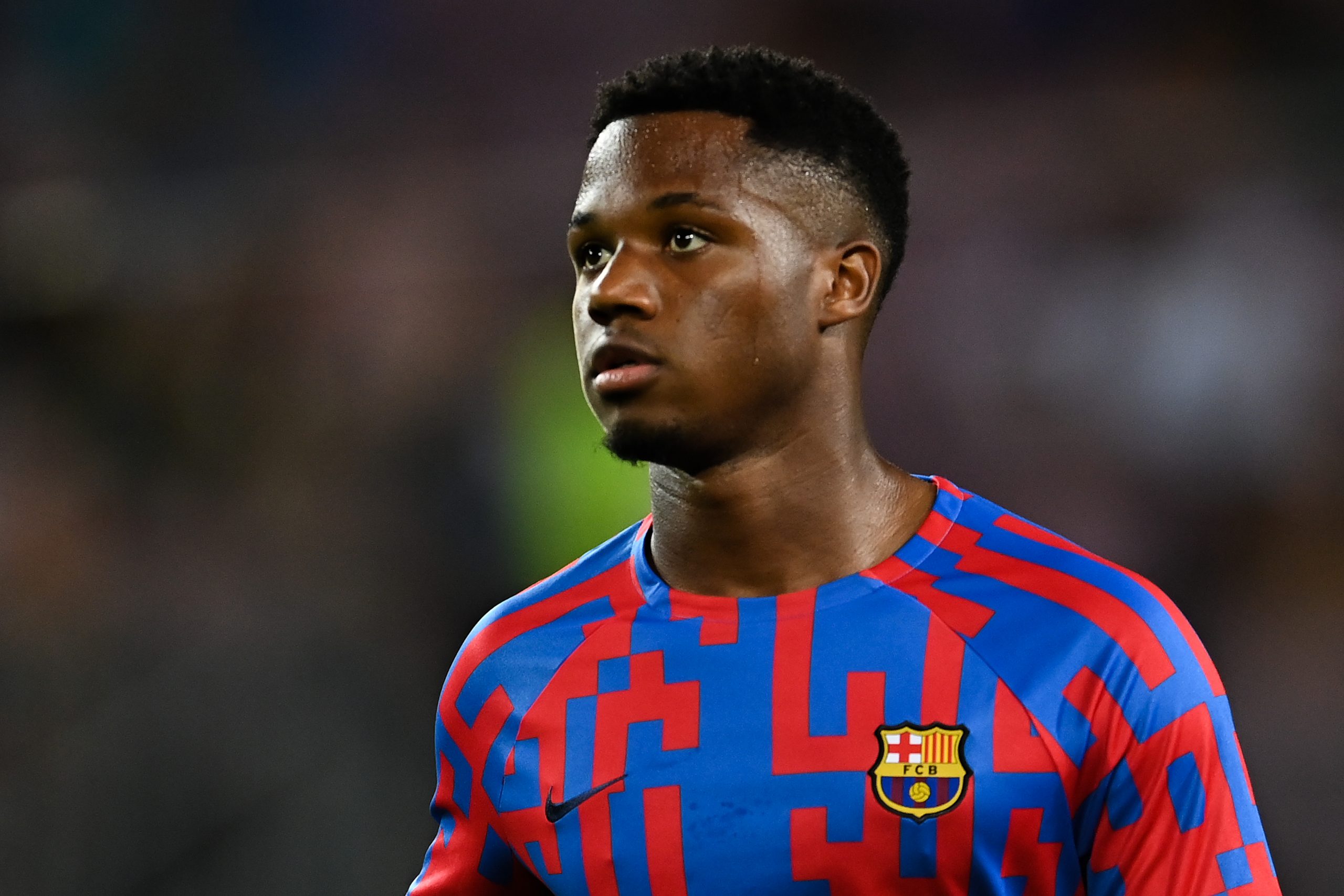 Going head-to-head against Bayern Munich on Tuesday, Barcelona could have barely dreamt of a better start to their season. They were unbeaten in the league, scoring 15 goals in four games, and had whacked another five past Viktoria Plzen on UCL matchday 1.

In fact, they had the necessary tools to put Bayern to rest, too. Alas, it was not to be as Barcelona came out of the tie as losers despite putting in an absolutely better performance than the Bavarians.

Life goes on, though. Football, even quicker.

Next on the agenda for the Blaugrana is Elche at Spotify Camp Nou. With the international break ahead of them, this is Barça’s last game till 1st October.

Xavi will obviously look to make amends from the Bayern game in midweek, but we can expect him to not start his strongest starting lineup today.

Elche are placed at rock bottom in the league following Cadiz’s win against Real Valladolid, and Barça can rotate without too much trouble. We take the mantle to predict the said starting XI.

Changes could be made in plenty on the day by Xavi as he could use this fixture to give game-time to players who have not featured regularly so far. That should see Gerard Pique get another run at the heart of the defence, along with Andreas Christensen who gave a good account of himself against Bayern.

Moving into the full-back positions, with Sergi Roberto ruled out and Jules Kounde featuring in the last game, Hector Bellerin should thus get the nod at right-back against Elche.

Things get trickier on the opposite flank. Marcos Alonso put on an impressive showing on his first start for Barcelona in midweek, while Jordi Alba has been waiting on the sidelines to get a look-in into the side. But we believe Alejandro Balde will be reinstated at left-back to give him continuity in the lineup.

Marc-Andre ter Stegen will hold his place between the sticks as usual behind the aforementioned back four.

As iterated earlier, rotation will be the name of the game for Barcelona when they take on Elche. Captain Sergio Busquets’ minutes need to be managed carefully which is why he could be in for a break today, with Frenkie de Jong lining up in the single pivot position in midfield.

Pedri, too, is likely to be given a breather so as to afford minutes to new signing Franck Kessie. The Ivorian would offer something very different to what the other Barça midfielders bring to the table.

Finally, the third slot in the centre of the park is likely to be taken up by Gavi, with Xavi likely to stick with the 18-year-old allowing him to celebrate his contract extension with a strong display in front of a packed Camp Nou.

Both Raphinha and Ousmane Dembele had subpar outings against Bayern Munich during the midweek. And considering that there are a few other attackers waiting for their chances, Xavi is likely to switch things up on the flanks against Elche.

Ferran Torres, who has struggled to make an impact this term but received a big vote of confidence from Xavi ahead of the game, should get the nod on the right flank.

Meanwhile, Ansu Fati, who is being eased back into action carefully by the coaching staff, could be in line for his second start of the season out on the left wing. However, Robert Lewandowski should keep his place in the starting XI as the centre-forward to make the most of a weak Elche defence.

Dembele is very much likely to come off the bench in the latter stages of the game as Fati will not play the entirety of the game. Jordi Alba could also hope for some minutes late in the encounter, in place of Balde.

If things go Barcelona’s way, teenage summer signing Pablo Torre might also get a chance to step out on the pitch against a side that is at the bottom of the table.

Elsewhere, Memphis Depay, who has hardly featured this term, will also be hoping to get a look-in at some stage of the contest.