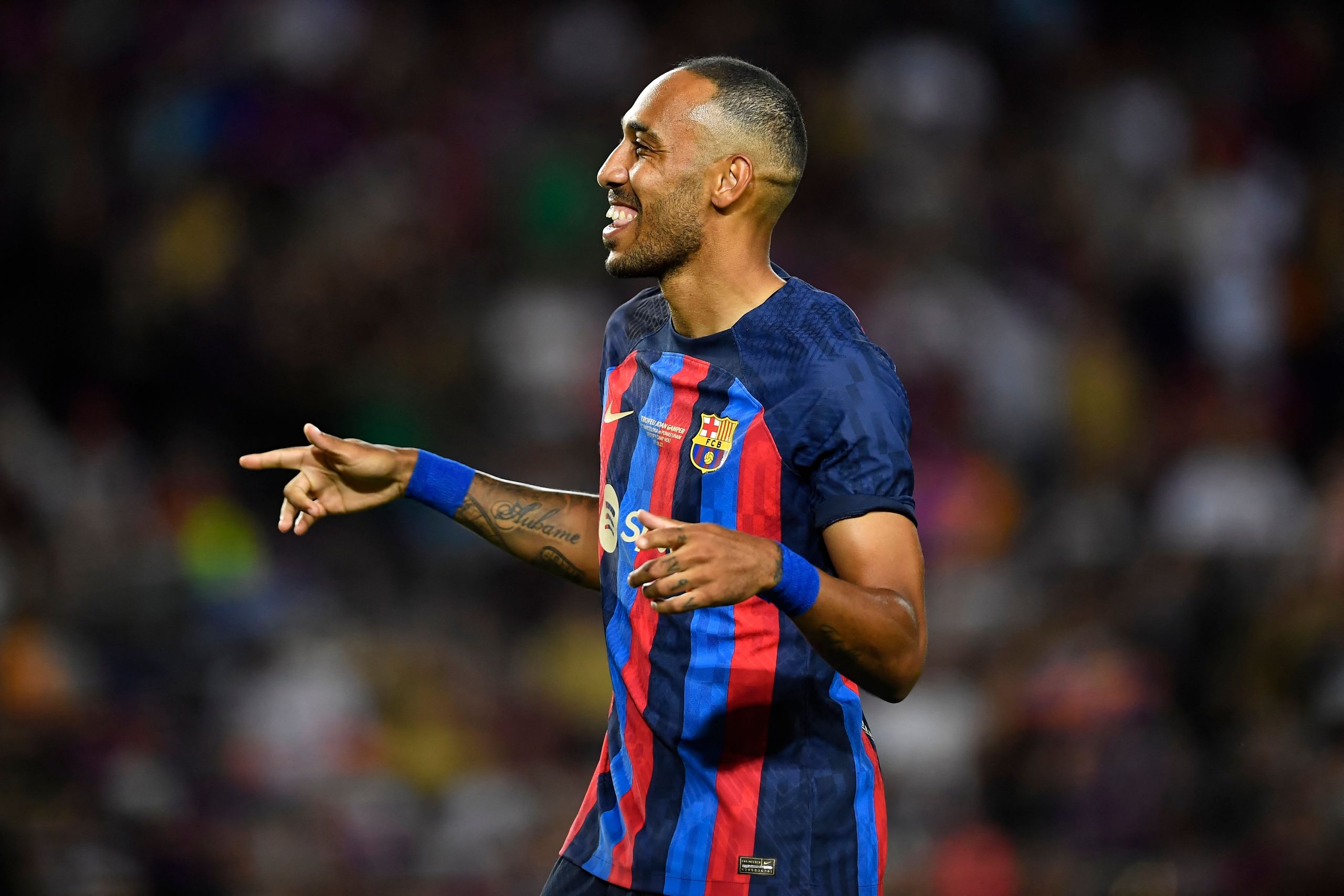 The Barcelona attacker has been subject to a move to Chelsea, who are determined to sign a new forward before the end of the month. The club had to sanction the exit of both Romelu Lukaku and Timo Werner earlier in the summer, effectively leaving them without any proper number nine.

It has compelled the Blues to consider a move for Aubameyang. Their coach Thomas Tuchel shares a good relationship with the Gabonese international, having managed to during his time at Borussia Dortmund.

Aubameyang even had a healthy track record of scoring 79 goals in 95 competitive appearances under the German mastermind, establishing himself as one of the finest goalscorers in Europe at the time.

Tuchel wants Aubameyang to rediscover that form by moving to Stamford Bridge this summer. However, according to Sans, the forward is not too keen on leaving Barcelona.

The Gabonese international has informed Chelsea of his desire to continue at Camp Nou, even though Barcelona have roped in Robert Lewandowski this summer.

The Polish international is set to become the club’s first-choice number nine this season, which, in turn, could affect the game-time of Aubameyang. But the Pole’s arrival does not deter the former Milan starlet, who is prepared to fight for his place in the team.

Aubameyang’s retention in the Barcelona team, in some ways, could negatively affect the Catalans, though. With just a few weeks remaining until the transfer window slams to a shut, the club were actively looking for a big-money sale to generate some much-needed revenue.

Aubameyang was one of the candidates to depart Camp Nou, but with the forward likely to continue, all the focus will once again shift to Frenkie de Jong.