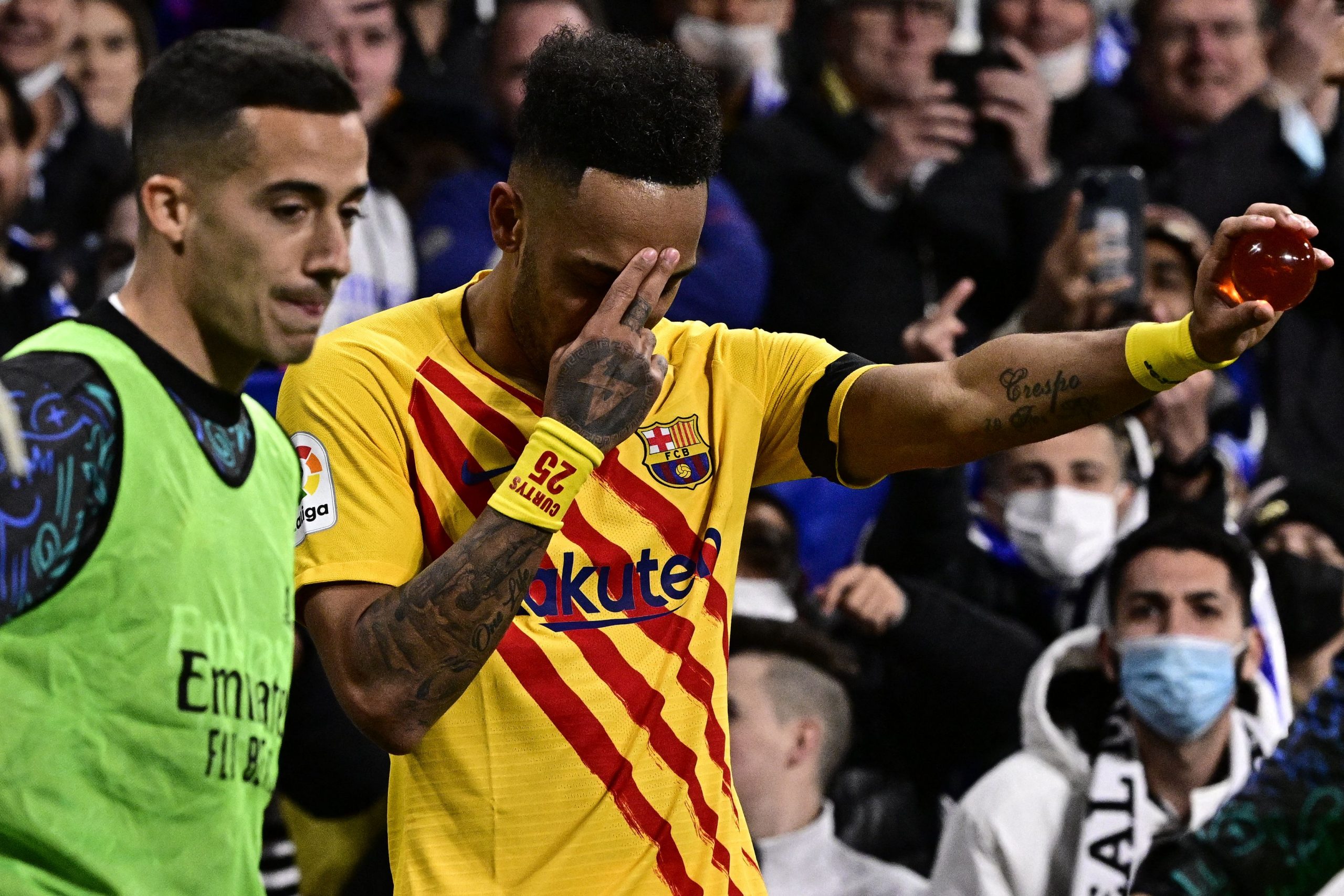 Pierre-Emerick Aubameyang has been in stellar form since signing for FC Barcelona on a free transfer from Arsenal. The Gabonese striker has been scoring goals for fun after enduring a tough couple of seasons in England.

However, he has returned to doing what he does best — scoring heaps of goals. In 11 games for the Blaugrana, Aubameyang has scored nine goals and gotten one assist. Two of these goals have now come against Real Madrid in his very first El Clasico as he helped Barcelona to a crucial victory.

After one of his goals on the night, Aubemeyang ran over to the corner flag and struck a pose holding a ball from the popular anime Dragon Ball Z. When asked about the celebration, he explained:

“You can ask for a wish with this ball and I had asked to win the game and score a goal. A friend passed the ball to me, we prepared it today.”

The 32-year-old’s arrival has been a blessing for Barcelona, and the fans’ wishes for a solution to their lack of clinicality from a number 9 seems to have been granted.

It is also the fifth game in a row that Aubameyang has scored against Real Madrid, including those he scored in with Borussia Dortmund. His form could be instrumental in leading a potential late charge in Barcelona’s fight for the league title.

Xavi had tipped the striker to have an incredible impact on the team, and so far, he has delivered. Long may his form continue.