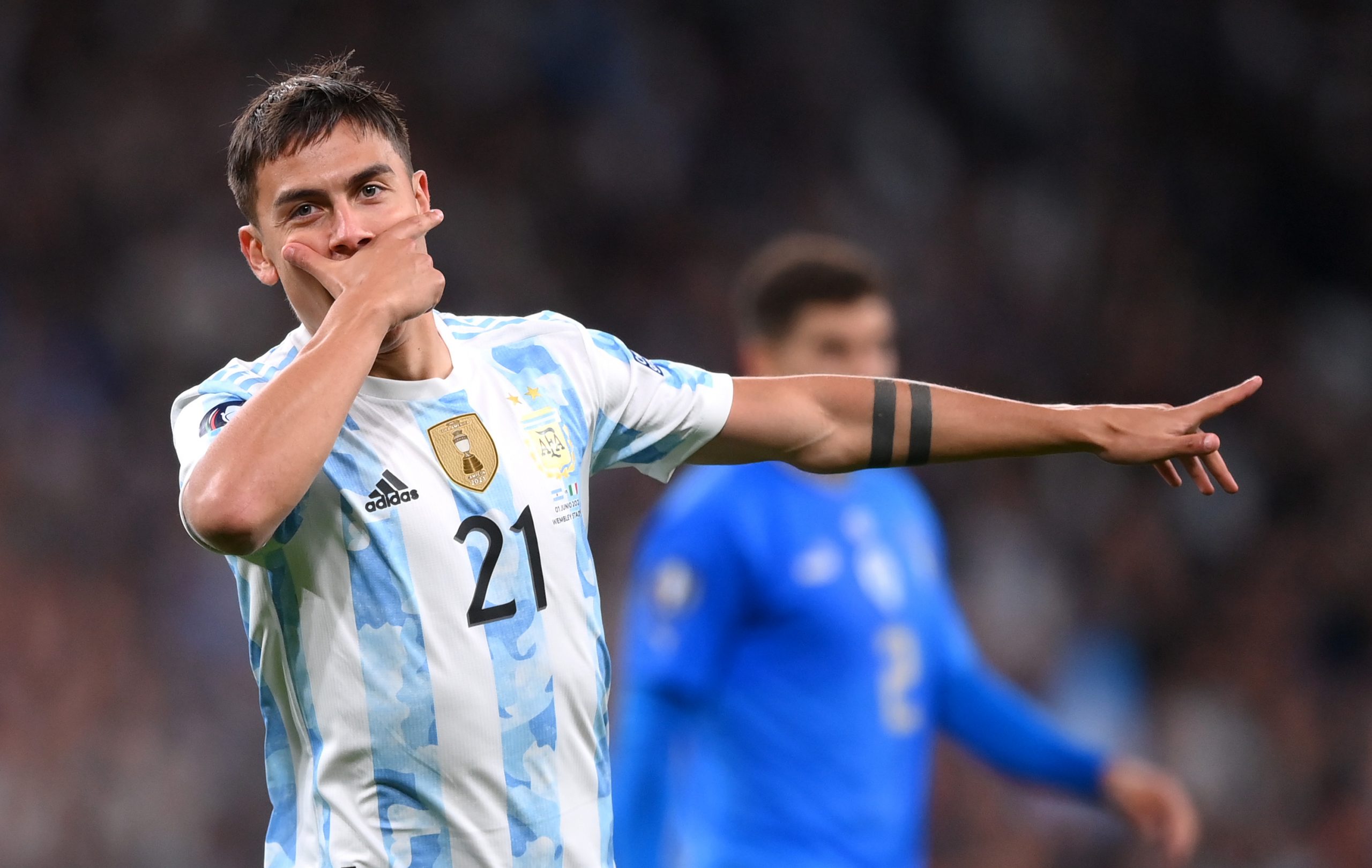 Of the several hot properties on the transfer market, Paulo Dybala is undoubtedly one of the most eye-catching. The Argentine will be a free agent in June when his deal with Juventus runs out, and several clubs in Europe have lined up to sign him.

According to reports from SkySport Italy, Dybala wishes to play for clubs like Barcelona, Real Madrid, Manchester City or Manchester United. However, none of them are interested in the forward at the moment.

As far as the Catalans are concerned, the Argentine’s signing is seen as unnecessary and economically complicated. The team already has Memphis Depay who plays in a similar position. Moreover, the signing of a pure no. 9 is seen as a bigger priority.

At the moment, Inter Milan are said to be leading the race to sign him with Arsenal, Tottenham Hotspur, AC Milan, and AS Roma trailing not too far behind. Dybala was asked about his future before Argentina’s clash against Italy earlier this week to which he replied:

“I am quite calm, the people who I work with are taking care. In Italy I am very comfortable. I would still like to know other leagues like Premier League, La Liga, but I’m happy in Italy.”

At the moment, Barcelona are focusing on the signing of Robert Lewandowski. The Catalans are still reeling under their financial crisis and are desperately trying to create room on the wage bill to register new signings.