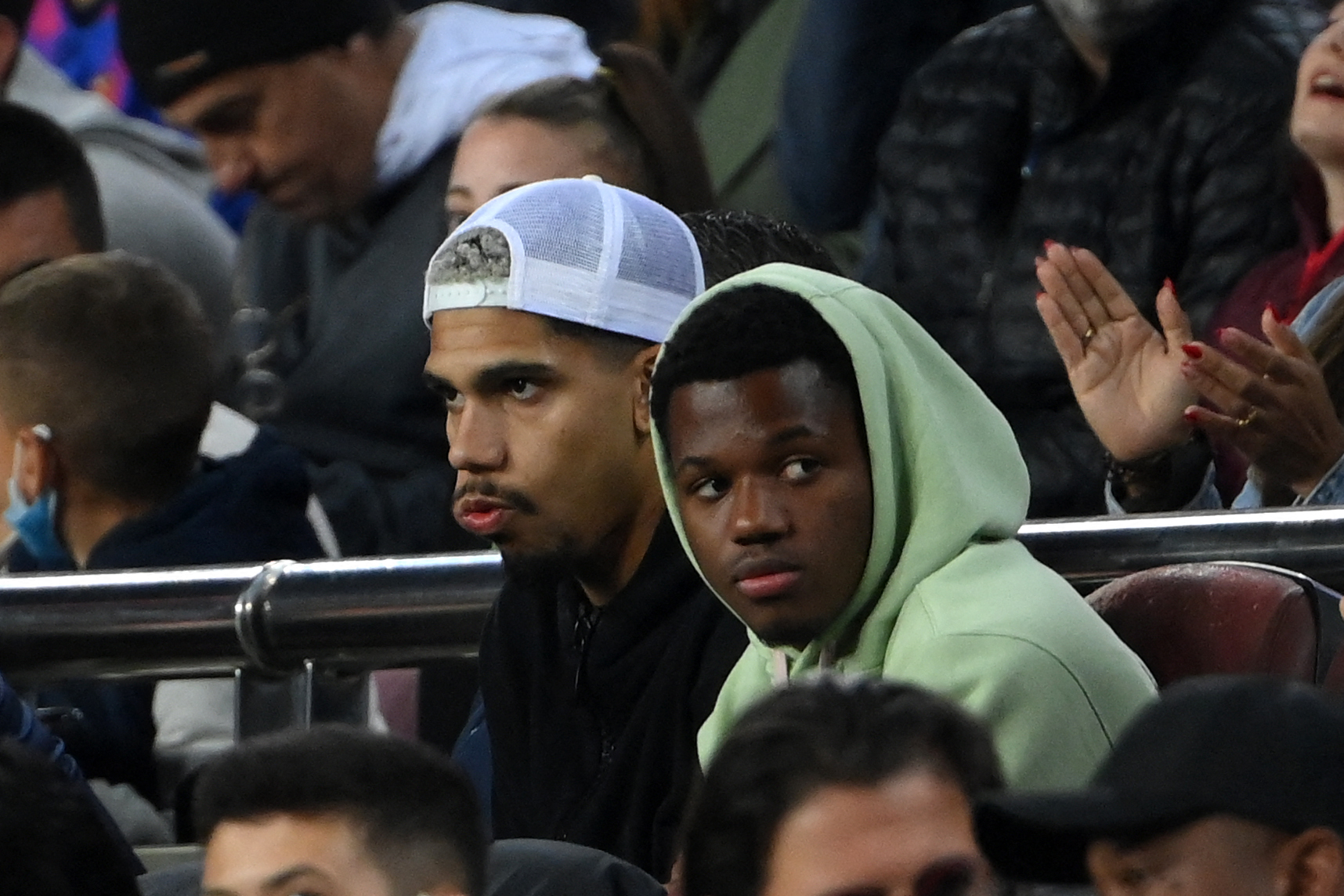 Four Barcelona youngsters in Ronald Araujo, Nico, Ansu Fati, Riqui Puig and Ferran Torres sat together in a recent interview with Ibai, where they offered their opinions on various different things, including the role of veterans in the team and even the time-wasting rules.

Nico’s comments on VAR and time-wasting served as the highlight, with the youngster voicing his support for the technology and the introduction of a radical new role to curb time-wasting in football.

“I would try to change something regarding time wasting. We have suffered it recently. What could be done, for example, is have two halves of 30 minutes each. And the clock would stop when the ball is out of play“, said Nico.

Nico’s opinion was shared by Riqui Puig, with the midfielder stating: “I think that the biggest problem in football right now is time wasting. There has to be change, maybe they can stop the time when the ball is out of play.”

Puig went on to offer his thoughts on the season so far, and his role in the Barcelona team. Although he is unhappy with the lack of game-time, the young midfielder expressed his desire to remain in Barcelona and fight for his place in the team.

“Barcelona is my city. Barcelona is my club. My friends and family are here. I want to succeed here. People already expect you to be a starter at Barça when you’re 20 years old.

“This season has been hard for me. I understand if Xavi plays other players before me. It’s hard, because they are doing a phenomenal job, especially in midfield. Meanwhile, I will keep on working hard in training to see if I can get an opportunity.”

Barcelona youngsters were asked about VAR as well, with both Nico and Ronald Araujo voicing their support for the technology.

“I like VAR. I think it makes football more fair”, said Nico, while Araujo thinks it should be applied fair to everyone, adding: “VAR should always be used with the same criteria. In the end, it is still up to the referee. In one match, they can call something that another referee would interpret differently. It has helped, but it should be the same for everyone.”

Speaking about the season so far, the youngsters were in unison in praising Xavi while offering their optimism for the season ahead.

“Collectively, this season has been extremely hard. A club like Barça should not be used to playing the Europa League. However, individually, it has been incredible for me. Everything is so new to me. I’ve been playing in the toughest stadiums. Next season will be better,” said Nico.

“Barça are under a rebuilding process. The truth is that the new manager has brought solidity to the project. I notice similarities with Xavi and Guardiola, they both have the same style,” said Ferran Torres.

Araujo added: “This season has been a little weird. There has been so many changes. With Xavi, we’re working differently, we’re working well. We did not reach our objectives, but we’re on the right path. I hope that next season will be better, and that we win titles.”

“We have improved a lot under Xavi. We did not reach our goals this season, but we’re all improving. Next season, if we continue on this path, we will opt for many more things”, said Ansu Fati.

The explosive winger went on to offer his thoughts on his struggles with injuries while also praising the role of veterans in helping the youngster.

“My situation is difficult, I haven’t had the best of luck recently. I have to keep looking forward, because I’m still young. I’ve been through worse and I’ve always come out of it. As soon as I am fine, I will continue to help the team with everything I can.

“It’s motivating to see the players that you used to watch now become your teammates. But later, you start seeing them as regular day-to-day people. It’s an incredible honor to train with Dani, Jordi, Geri and Busi,” he added.

Fati’s thoughts were shared by Ronald Araujo: “The veterans always welcome the youngsters to the first team. But yeah, they always make a lot of jokes. Piqué… Busi too. He trolls a lot. But they all help, it’s the best for the team.”

Speaking on his recent contract extension, Araujo added: “I’m happy to be here. I trust the project. We’re already a good young team. Imagine when we have more experience, more matches… we can mark an era in this club.”

Nico offered his thoughts on his future as well, with the youngster citing his desire to remain at Camp Nou: “I have two more years left on my contract, but I hope to renew and stay many more years at this club.”