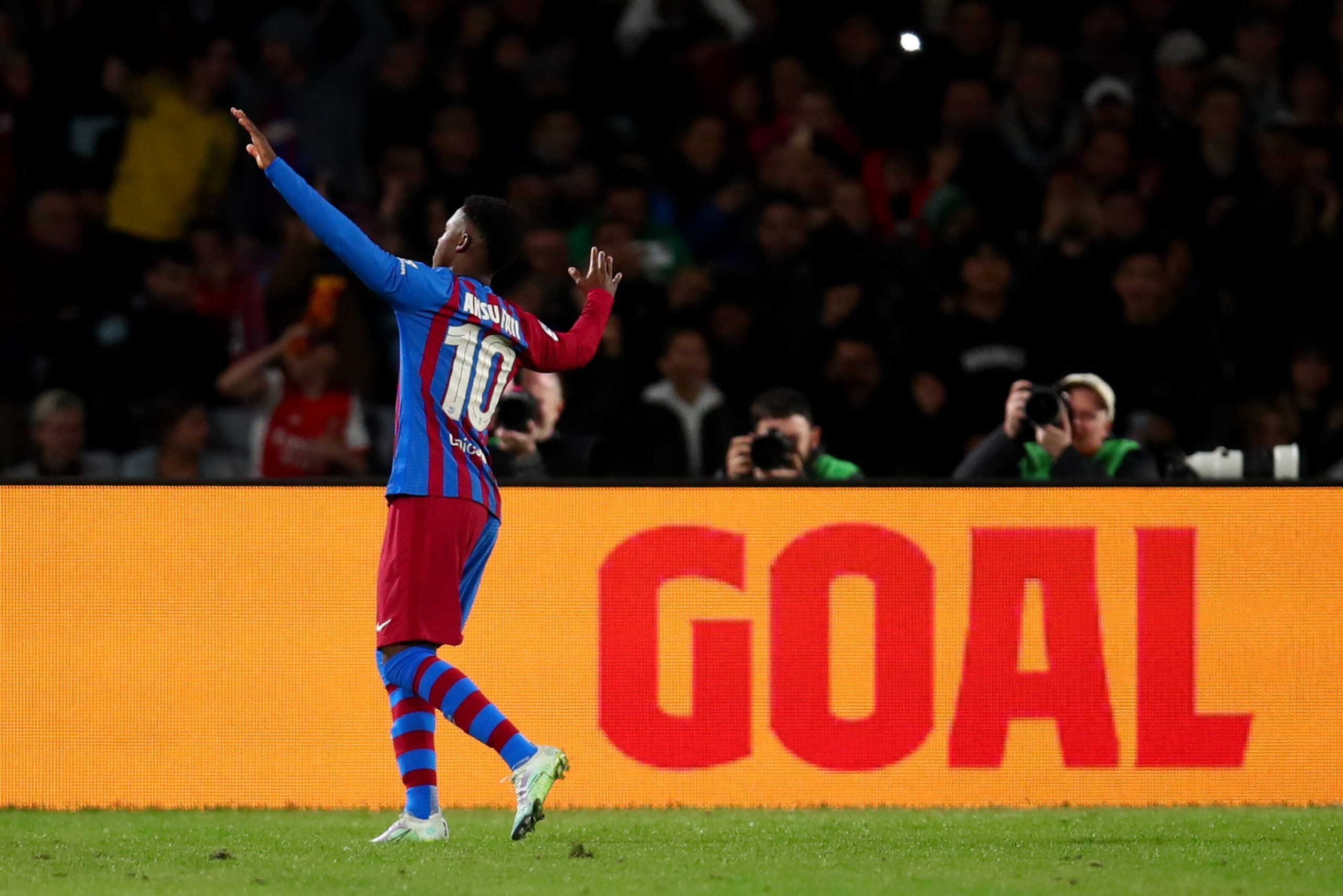 Since he burst onto the scene, Ansu Fati has been Barcelona’s jewel in the crown.

The La Masia graduate is easily one of the most gifted youngsters in world football, and is destined to reach the top by those within the club.

So much so, that the 19-year old was handed none other than Lionel Messi’s iconic number 10 shirt, after the club legend’s departure to Paris Saint-Germain in 2021. Speaking to Futbol Emotion, as relayed by SPORT, the teenage sensation expressed his delight at being asked to don the legendary number on the back of his shirt for the Blaugrana.

On the #10 jersey: “For me, it’s an honor to wear the number 10 jersey and I want to thank Barça for giving me the opportunity to have it. It’s a number with a huge history at the club. It makes me want to work and improve myself day by day and year after year.”

On debuting so early: “It caught me off guard a bit, but in the end, with the help of my teammates, and my family, I managed it quite well.”

“My first few months with the first team were complicated, was a big change for me, but the veterans and teammates helped me a lot.”

On La Masia: “Arriving at La Masia was incredible. The level they had, the facilities. I am privileged to have had the opportunity to come to La Masia.

On music: “I like to listen to a little bit of everything. Reggeaton, afro hits. I listen to Ozuna a lot, Drake.”

“I listen to drake a lot, all because I have African roots and I really like the rhythm and the way he transmits the songs.”

While there is no denying that Fati is the closest thing to a rightful successor to the one and only Messi at the club, injuries have halted the wonderkid’s progress.

Just last season, the Spanish international missed a colossal 35 games in all competitions due to a variety of injury issues.

During the 2020/2021 campaign as well, the silky winger was forced out of action in as many as 47 matches across the board, due to a muscle laceration issue.

However, on the bright side, Ansu Fati is being eased into fitness in the ongoing term and yet, has already registered a goal and two assists in La Liga so far.

While the generational talent has the potential to do justice to the esteemed number, consistent minutes on the pitch are what will allow him to hit the heights the world expects him to.