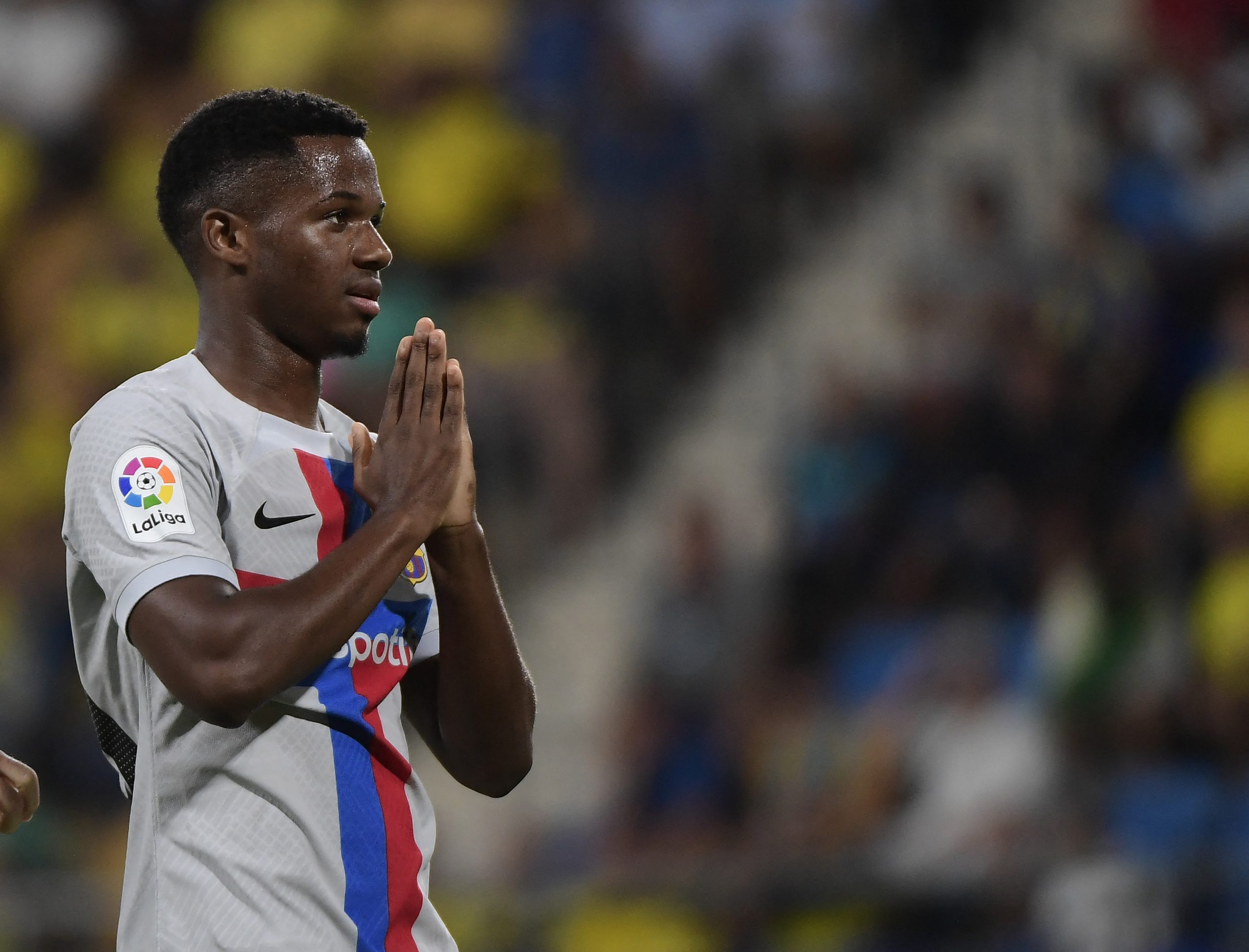 As things stand, the 2022/23 season has tested Ansu Fati’s patience.

Missing a staggering 35 games due to injury last term, Xavi has tried to gradually bed in the youngster into proceedings in order to ensure he is not sidelined for the long term once again.

While many expected the La Masia graduate to kickstart the new campaign like a man on a mission, a blockbuster return has remained an unrealistic vision for one of the most injury-prone players in Europe.

However, it has been revealed that the teenager’s head could be turned due to the trying circumstances he has found himself in so far this season.

As per a report by Fichjaes.net, Ansu Fati will consider a potential loan move or permanent exit if his situation remains unchanged at Barcelona.

Not playing in excess of 31 minutes in a league encounter up until this point, due to constantly coming off the bench, the Spaniard has seen his importance in the side experience a major decline.

It has been mentioned that the club still have their sights set on ensuring their youth product rediscovers his best form, which is why a sale is out of the question.

However, the prospect of sending the 19-year-old on loan may be considered if he struggles to get regular minutes at his boyhood club.

Currently, the wonderkid is at the bottom of the pecking order for wingers at the Spotify Camp Nou, with the likes of Ousmane Dembele, Raphinha, Memphis Depay and Ferran Torres preferred in favour of him.

However, it remains common knowledge that Barcelona value Fati as a potential superstar and are only being extremely cautious with him due to his dubious fitness record.

Once Ansu Fati is fully fit and starting, all the transfer talk will age poorly.