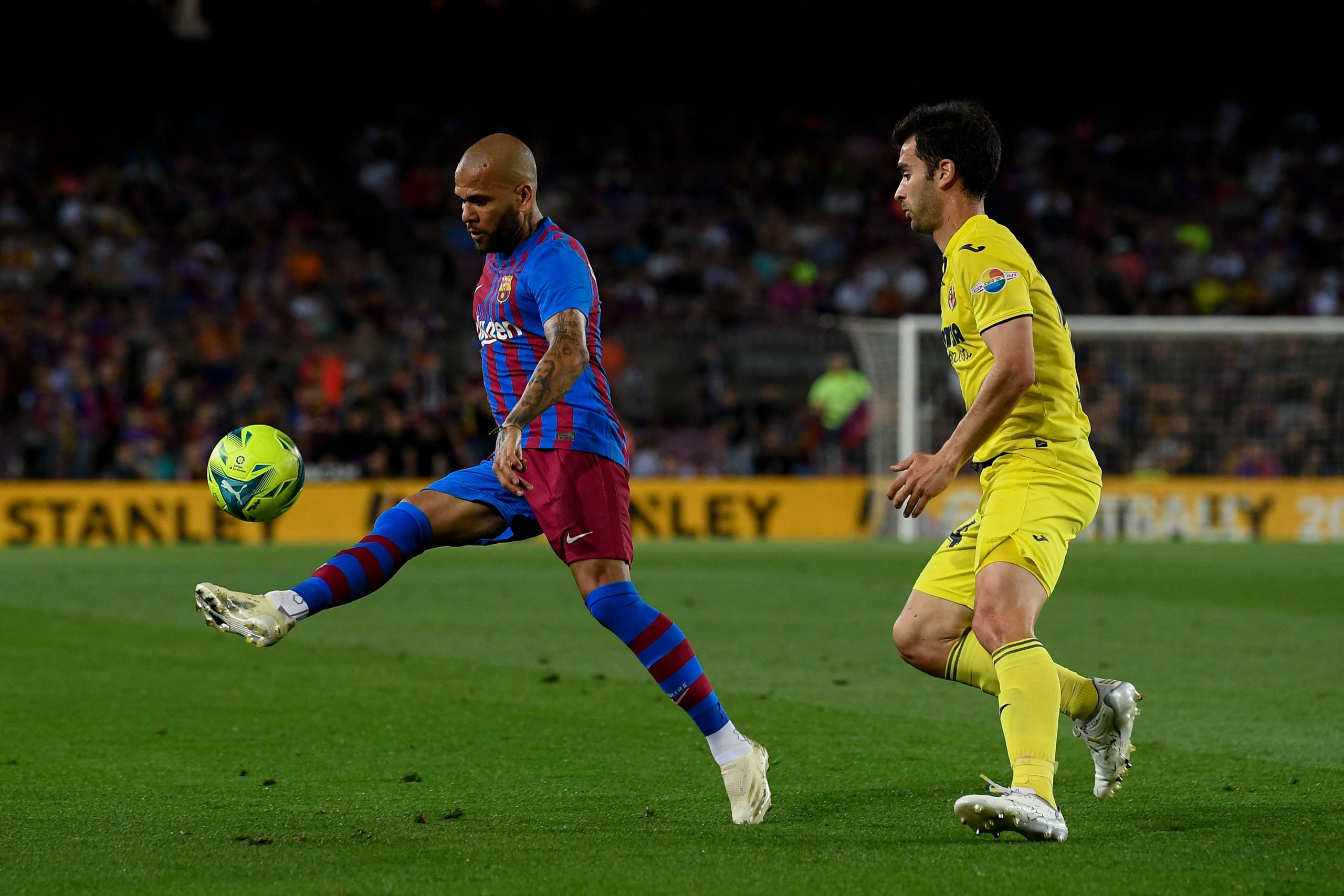 Barcelona brought an end to their 2021/22 La Liga campaign on Sunday night with a 0-2 loss to Villarreal at Camp Nou.

With second place in the bag, there was not much to play for Xavi’s men, whereas Villarreal were battling for a place in the UEFA Europa Conference League. And the visitors played with more intent and goals from Alfonso Pedraza and Moi Gomez ensured a victory.

Barça did not muster up enough threat going forward and put in a largely meek display at home. But, they will just be glad that the campaign has come to an end, as the Catalans start plans for the upcoming campaign.

Speaking after the match, veteran defender Dani Alves admitted that the performance was not good enough and the fans deserved better. He added that the team needs to look for areas to improve and come back stronger next season.

“The fans came here to support us but unfortunately we couldn’t succeed. We have to think about how we can improve and come back stronger next season with a new mentality. Barça must be in the top position,” he said.

“Next season everything will get better and we will compete for everything with a new spirit,” the Brazilian star added.

Alves’ contract with Barcelona runs out on June 30. There have been talks about a short-term renewal, although there is nothing concrete yet. Talking about his future, the right-back said:

“My wish is to stay at Barça but it is not up to me so I will continue to fight to continue. Until the 30th of June I am a player of the club, I will give my best to the club, to the badge and the fans.”

“I want to stay, my desire is known to everyone. I am able to compete and fight, I’m a positive person and I always try to give my best,” he added.

Ronald Araujo also spoke to the media after Barcelona’s defeat against Villarreal and insisted that their opponents were better on the night.

“We were hoping for a better match with a victory, but Villarreal is a great opponent. We were good in the first half, we were better. The result doesn’t represent the match,” he said.

Looking back at the 2021/22 campaign, the Uruguayan defender claimed that the team must hang on to the positive moments and look to build on it, with Xavi set for his first full season at the helm.

“Next year, Xavi will have a full season to work. It will be much better, I am convinced. We have to stay with the great matches like against Napoli and Real Madrid,” he said.