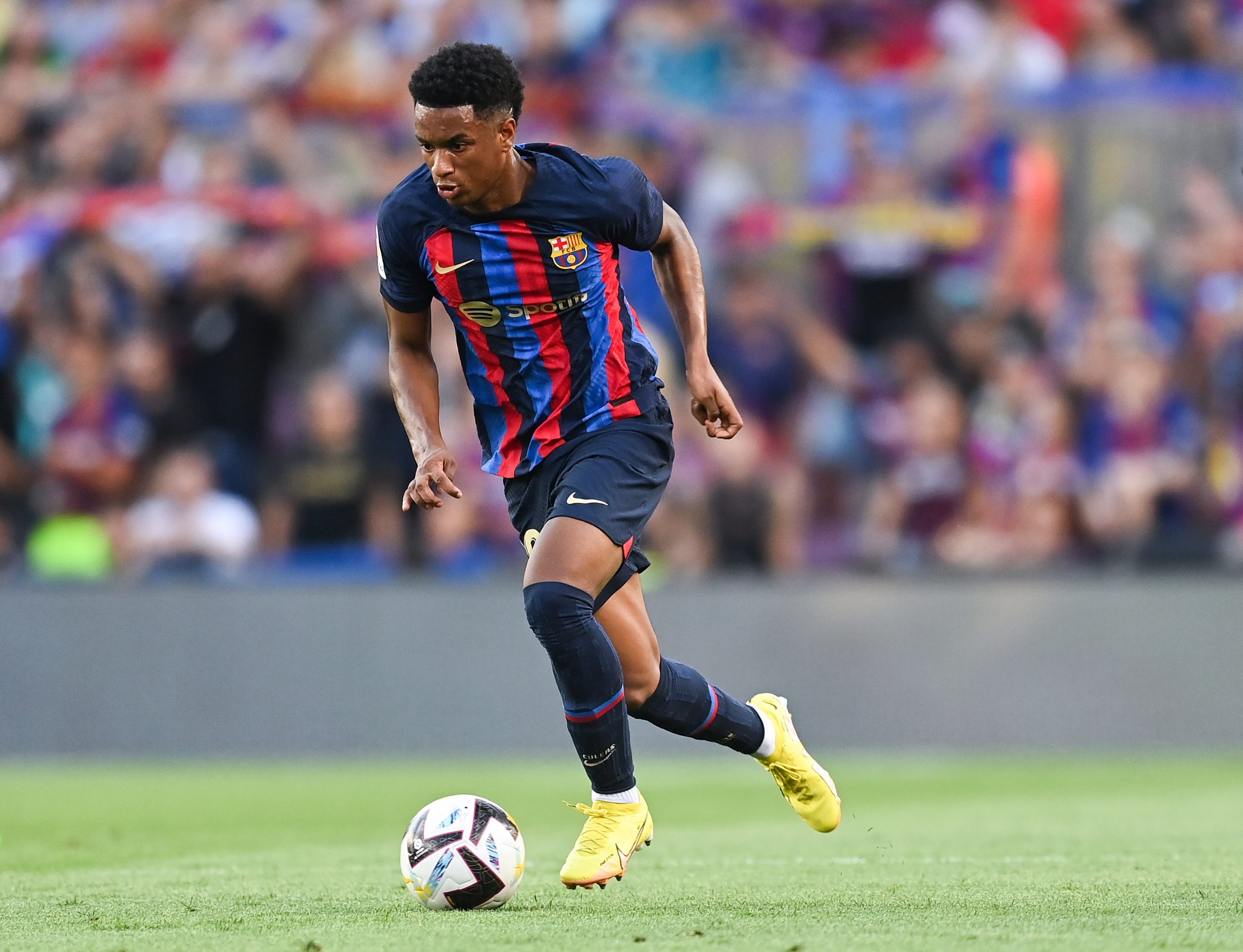 A dream season for Barcelona youngster Alejandro Balde continues to get better and better with each passing day.

Just 19 years of age, the La Masia left-back has assumed responsibilities as the first-choice in the position this season, ahead of seasoned campaigners like Jordi Alba and Marcos Alonso.

Manager Xavi Hernandez has placed immense faith in the young defender and Balde has repaid that with some fine performances, even as a makeshift right-back on a few occasions.

So, it did not come as a surprise when the teenager was included in Spain’s provisional squad for the FIFA World Cup by manager Luis Enrique.

While Balde missed out on the final 26-man squad, an injury to Jose Gaya has opened the door for him to travel to Qatar and be a part of the Spain roster for the World Cup.

The 19-year-old already travelled to the host nation and joined the national team camp yesterday. Yet to make his debut for La Roja, the teenager could earn his maiden international cap in the World Cup.

Naturally, Balde is delighted with being called up by Enrique, as he said (h/t AS): “It’s a dream for me, I still don’t believe it. I’m here to make the most of this opportunity. If you told me three months or a week ago I wouldn’t have believed it.”

“That my first call is to go directly to a World Cup… I am still pinching myself. I hope we take the cup home with us,” he added.

Balde also revealed that he was with Barcelona teammate Pablo Torre at the Spain Under-21 national team camp when he learned of his World Cup call-up, saying:

“I was in the room with Pablo Torre and suddenly they called me. Luis de la Fuente called me and told me to go up to the meeting room, and there he told me that I would be flying out to Qatar.”

“Right now it feels unreal. I won’t believe it until I’m with my team mates. I haven’t responded to half of the messages yet, I have received a lot. Everyone is writing to me, my cell phone is overloaded,” he further added.

Spain begin their World Cup campaign against Costa Rica on Wednesday. And it will certainly be interesting to see if Balde makes his debut against the North American nation.