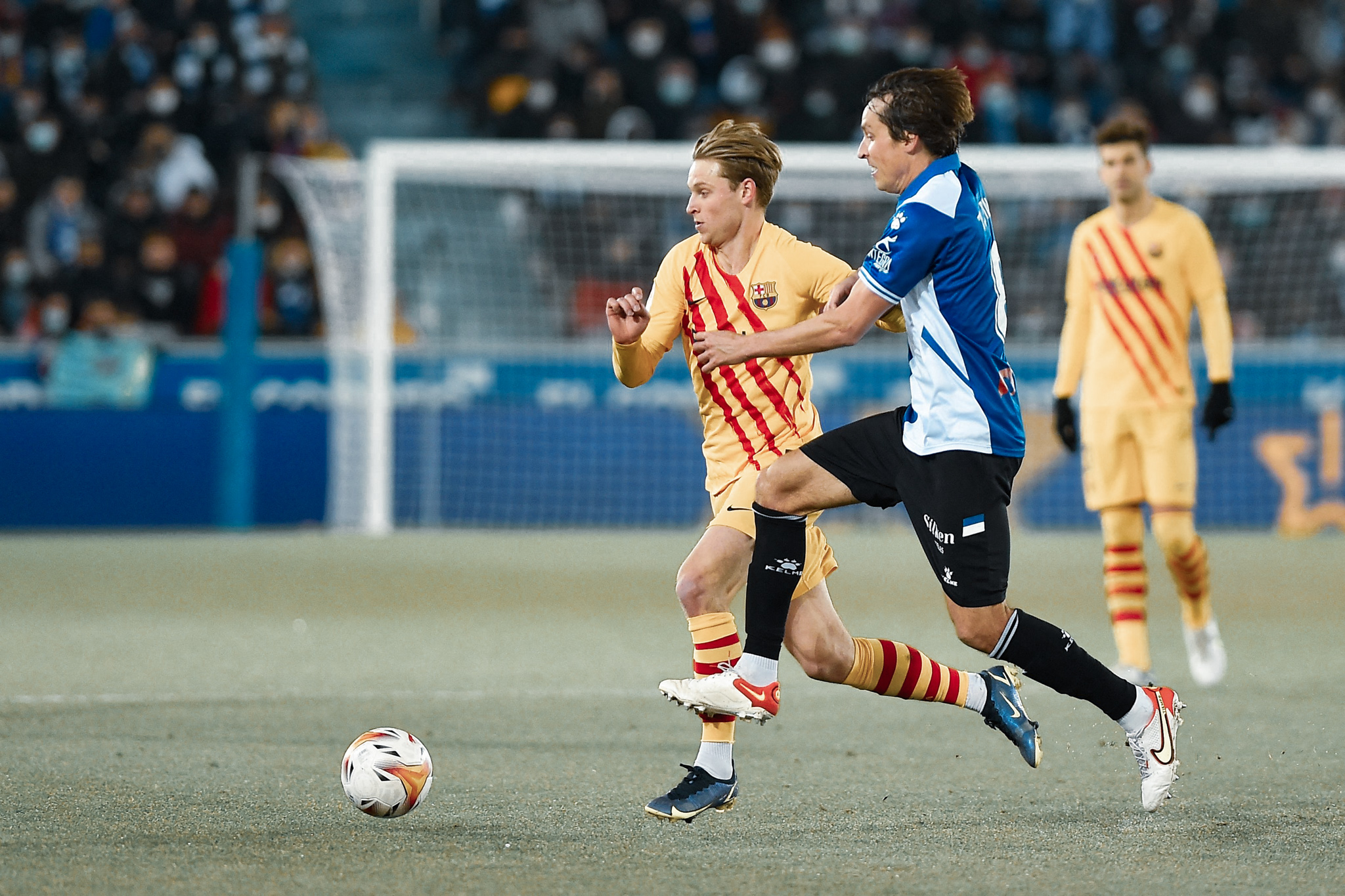 With Real Madrid, Reap Sociedad, and Sevilla dropping points in the weekend, Barcelona’s 21st La Liga game provided the perfect chance to storm back into the top 4 race. Their opponents, Alaves, sat at the bottom of the table and battled relegation. In the circumstances provided, an easy win was predicted for the Catalans, but the game certainly did not follow suit.

In the first half, Xavi’s men dominated possession without exerting any dominance on the proceedings. Despite accumulating 77% of the ball, they had very little to show for it. The team looked dispirited and drained while lost for ideas. Several players on the pitch were sloppy, losing the ball uncharacteristically and giving Alaves a route into the game.

Luuk de Jong had a half-chance in the 14th minute but found his shot just off target. Pedri was amongst the most active Blaugrana players in the half, not just dictating the play but creating openings in the opponent’s defense.

Alaves had their biggest chance of the half close to the half-time mark. Pere Pons found himself open in front on goal, but his weak shot was easily saved by Ter Stegen.

The second half showed improvement, but far from sufficient. Barcelona displayed an improved tempo and circulated the ball better. However, a lack of ideas in midfield continued to torment Xavi’s side. While conveniently navigating the first half of the pitch, the entire team seemed to shut down in the Alaves half.

Gerard Pique had the best chances of the second half, all coming off set pieces. The Spaniard lacked the cutting edge required and often found his efforts off target. Nico Gonzalez came on for Ez Abde in the 71st minute in an attempt to improve the midfield dynamics.

Menbilibar’s men were allowed a brief period back in the game when they broke free around the 75th minute. Thomas Pina went down in the box in hopes of winning a penalty which the referee denied. Two minutes later, Joselu had a wonderful chance to put his team ahead wasted.

Ferran Jutgla came on for Luuk de Jong in the 85th minute. Just a minute later, the game changed.

The move began with Jordi Alba finding Ferran Torres in the box with a wonderful lobbed ball. The young winger provided a cutback that fell straight at the feet of Frenkie de Jong who made no mistake. After long deliberation, VAR awarded the goal to the relief of Xavi.

Clement Lenglet replaced Pedri in the final minute of the game. Three minutes were added on, but the late goal was enough to award Barcelona all three points.

With this win, Barcelona move to fifth place in the league standings. Their next clash is against fourth-placed Atletico Madrid after the international break. With just one point in between the two sides, it is an ideal chance to enter the Champions Leagues spots.