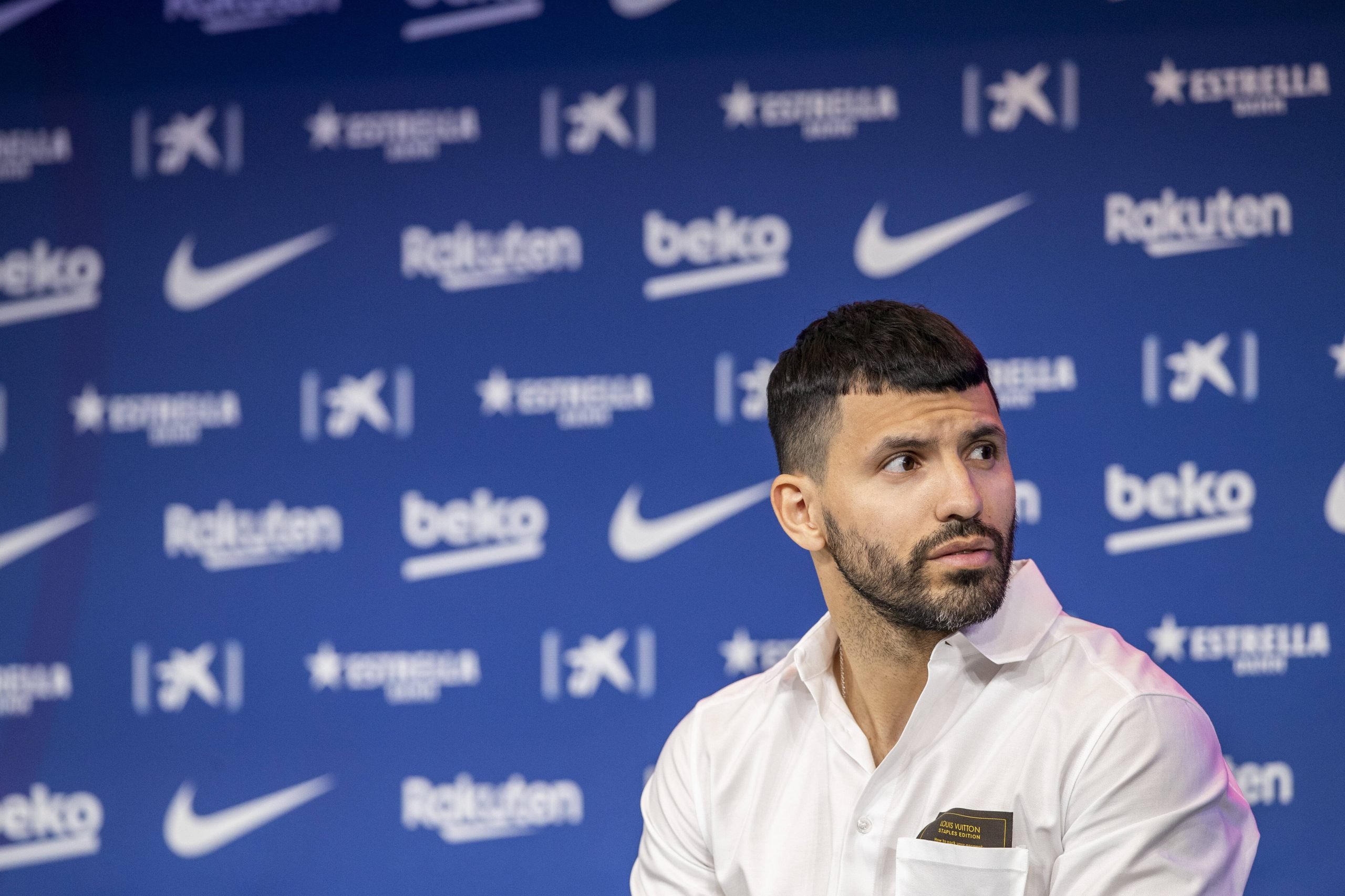 In a lengthy interview with the RAC1 program ‘Tu Diras,’ Sergio Aguero recounts his transfer saga, addressing rumours of an exit after the complicated departure of Lionel Messi, and his recuperation from injury.

He began by addressing the latter, albeit uncertain about when exactly he can make his return: “I’m fine. There’s no forecast of when I’ll be back, but I’m moving forward and maybe I can shorten the recovery process by some weeks.”

On Messi’s departure and subsequent rumours of him wanting to leave: “When I signed, Leo had nothing signed. They were coming to an agreement. It was invented that there was a clause that would allow me to leave, there was nothing.”

He then stated his eagerness to join Barcelona and that there was no doubt about playing in Blaugrana colours: “I told my representative that I didn’t care about the money. That I wanted to come to Barcelona. Any player wants to come to Barça.”

About his ambitions with the club, he said: “I don’t set any goals for the amount of goals I want to score this season. The most important thing is to win trophies.”

“Just because we are Barça we have to fight for all the titles. I don’t think we are favorites for the Champions League, but our rivals have respect for us,” added Aguero.

The Argentine revealed how being at Barcelona is very competitive even in training: “Barça is very demanding. The training sessions are good and very intense, and this can be seen in the matches.”

“To be a starter you have to be good and you have to convince the coach. Personally I think no one has his place secured, and if you relax it’s worse,” he continued.

On Ronald Koeman, he said: “He’s direct and he tells you what he thinks. He always explains things to the player. This is very good.”