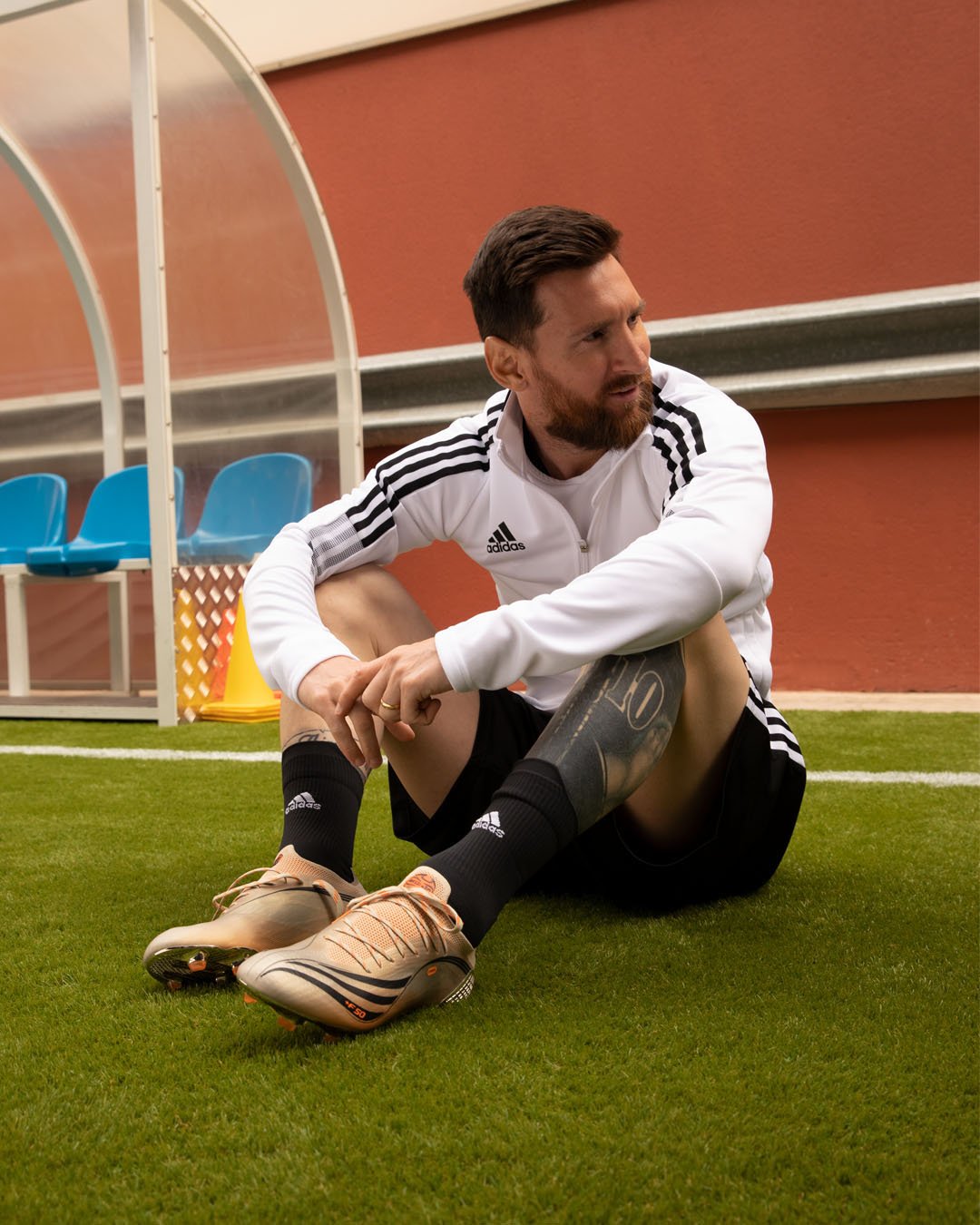 In commemoration of having spent 15 years in partnership with Lionel Messi, Adidas have recently released a special edition of Messi cleats called “El Retorno“. It takes its inspiration from the much sought after F50 colourways while also being inspired by Messi’s incredible solo goal against Getafe.

The shoes, constructed by an exterior of Tech Metallic Core Black and Intense Orange colourways, are an instant classic. At first glance, they stick out compared to other shoes, thanks to their stylish colour and design. Essentially, what makes these boots so special is that they’re modelled 2006 F30 Tunit boots, which Messi wore when he scored what is widely considered one of the greatest goals of all-time against Getafe in the Copa del Rey semi-final.

These incredible studs are packed with little customisations and designs that make them unique to Messi and him alone. All over the boots, nods to his remarkable career can be found; there is a MESSI+ 10 logo on the tongue, the iconic +F50 logo in Intense Orange on the three-stripe branding, and the Argentine flag on either side of the shoe.

The shoes are vacuum fitted, meaning they are snug and ready for sudden changes of movement, a trait that Messi is so synonymous with. In addition, it is constructed by a Carbitex Speedframe, which supports both acceleration and propulsion. Perhaps there could not exist a pair of cleats more suited to Leo’s game.

Seeing possibilities together since 2006.
The legacy continues, Leo Messi ?? pic.twitter.com/oLnnRodYNd

Messi will don these cleats on the 13th of June when the Copa America campaign kicks off. Hopefully, his performances will match the incredible boots he’ll be equipped with throughout the tournament.