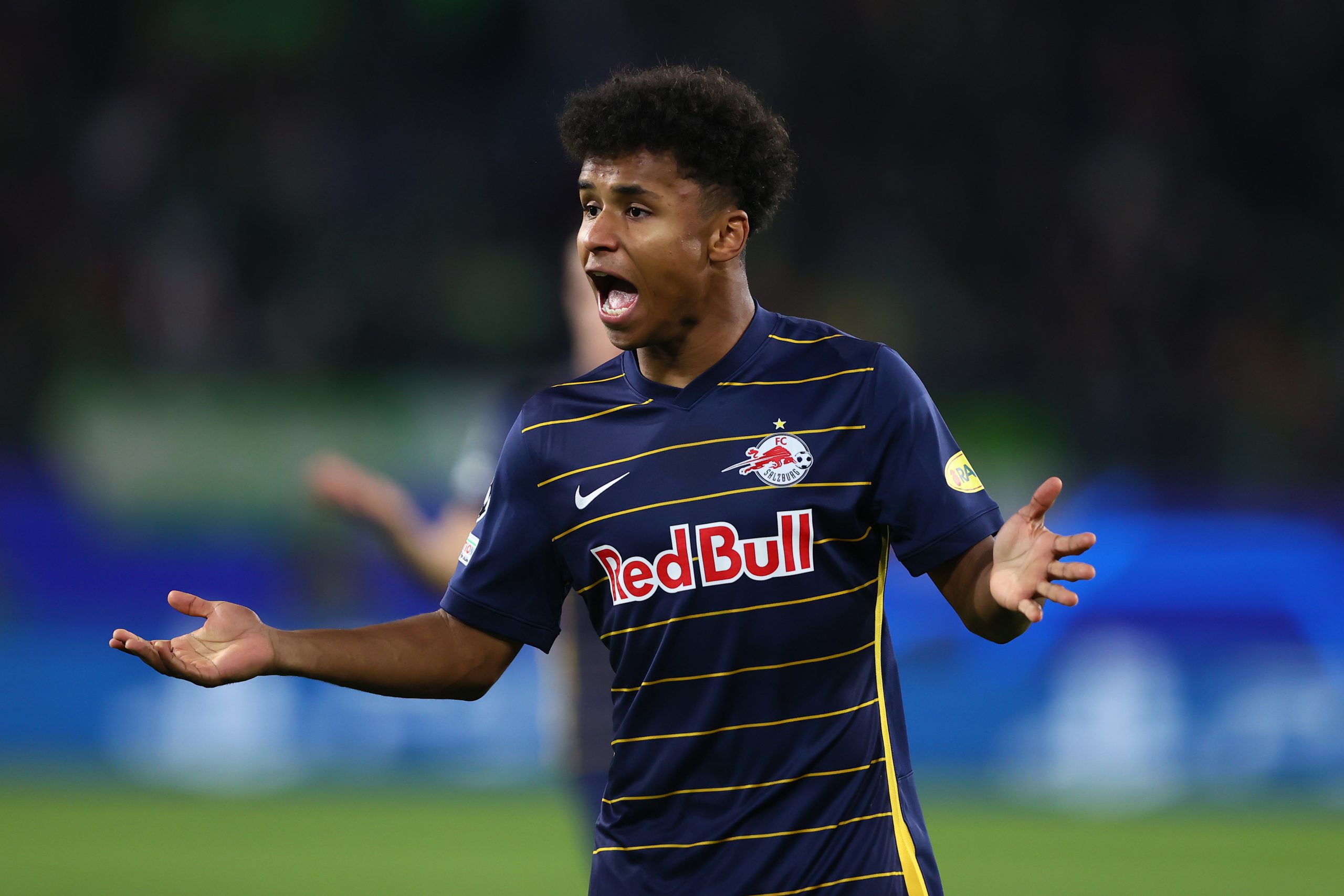 The game against Espanyol once again brought to light Barcelona’s struggles in front of goal. The match saw chances aplenty for the Catalans, but they just could not bury the opportunities.

Martin Braithwaite’s long term injury early in the season followed by Sergio Aguero’s heart condition has left the Blaugranas stranded. Luuk de Jong is an option, but his poor string of performances has led to him falling out of favour.

As such, Barcelona continue to be linked to several young forwards to fill the void in the side. Ironically, the game against Espanyol provided an indication of progress for the Catalans in the race for one such youngster.

Xavi’s side have been following Karim Adeyemi for a long time now. It was Patrick Kluivert that recommended the youngster’s signing two years ago. Since then, Barcelona have been in constant contact with the player’s environment.

While Adeyemi is quite an active profile on the social media application and likes several football posts, he has spoken openly about his admiration for Barcelona in the past, saying that they were his ‘favourite team’.

The winter window is just around the corner, but a move for the RB Salzburg striker seems unlikely in January. The high economic demands of the German club coupled with their dream position in their UCL group are the biggest hurdles.

There is interest in Adeyemi from other top European sides too. Borrusia Dortmund are directly in competition with Barcelona for his signature. Joan Laporta hopes to seal the deal in the summer, but it will not be easy.

Adeyemi has already scored 14 goals for his club in 18 starts across all competitions. Needless to say, he possesses the killer instinct that Barcelona dearly miss.