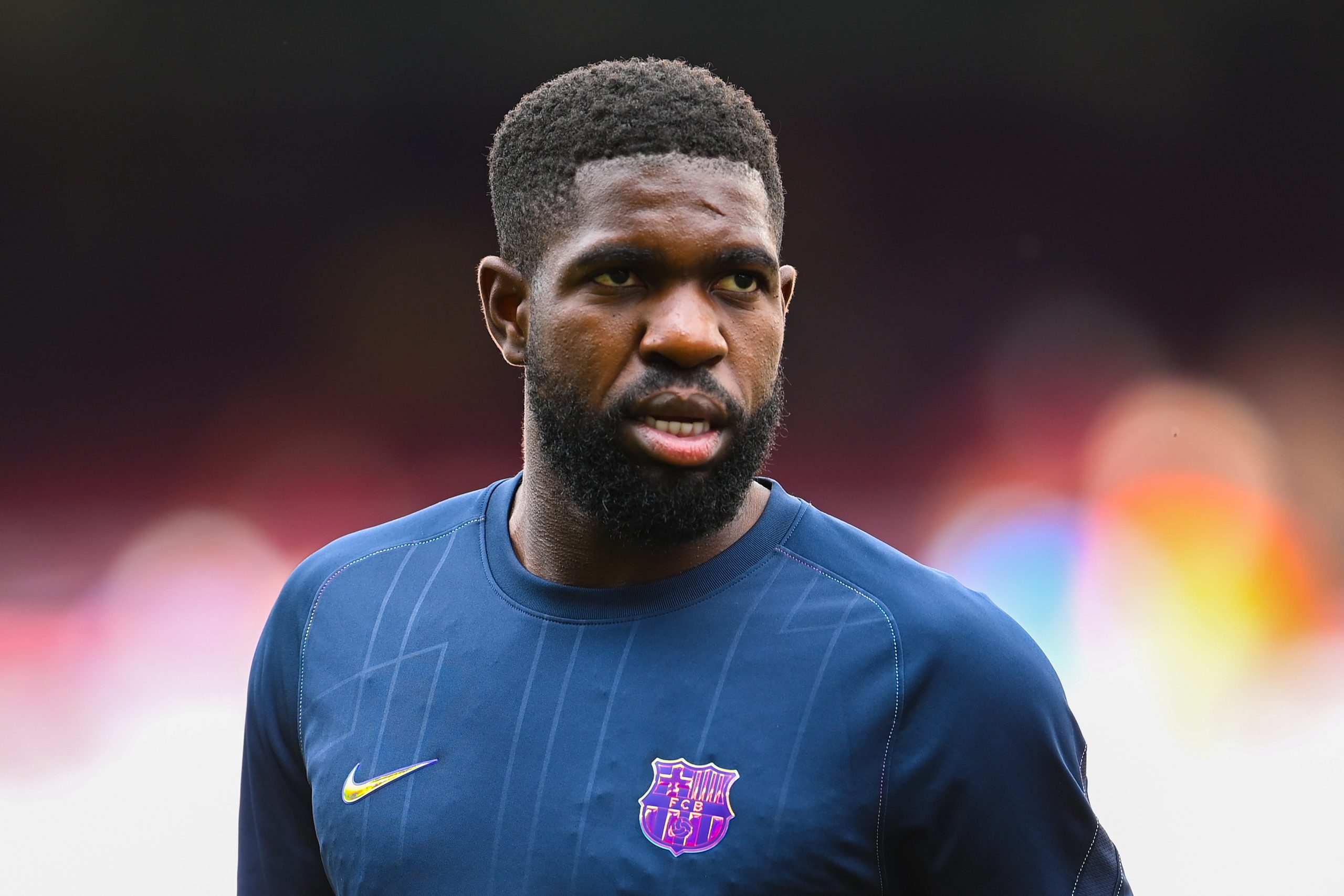 For those who may have forgotten, Samuel Umtiti still remains a Barcelona player.

The Frenchman, who signed from Olympique Lyon in 2016, has been pretty much out of favour under the last two managers at the club while he does not seem to be in the plans of current head coach Xavi Hernandez either.

One of the highest earners at the club, Barcelona tried to offload him in the summer, but the 28-year-old seemingly convinced president Joan Laporta to give him another chance to prove himself at the club.

While he ended up staying, Umtiti has not taken the field even once this season – not under Ronald Koeman, nor Xavi. And efforts will again be made to ship him off in the upcoming January transfer window, with Barca in need of funds and room on the wage bill to incorporate new players.

Now, SPORT is reporting that the 2018 FIFA World Cup winner has popped up on the radars of AC Milan as a potential winter target. The Rossoneri are in the market for a new central defender after having lost Simon Kjaer to a season-ending injury.

They are on the lookout for a replacement for the Dane and Umtiti, as per the report, is among the names being considered by the Serie A title contenders. It is claimed that Milan and Barca had discussed a potential move for the France international back in the summer itself but a move did not materialise due to his high wages.

But with Kjaer’s injury, the Italian giants may be willing to make an exception in January and move for the ex-Lyon ace, whose contract with Barcelona runs out in 2023. It is clear that Umtiti has no prospects of making a return into the fold at Camp Nou, with Ronald Araujo, Eric Garcia, Gerard Pique, Clement Lenglet and Oscar Mingueza all available as options at Xavi’s disposal.

A parting of ways would serve both the player and the club well. However, he has been reluctant to leave Camp Nou in the past and whether that changes with AC Milan’s approach remains to be seen.