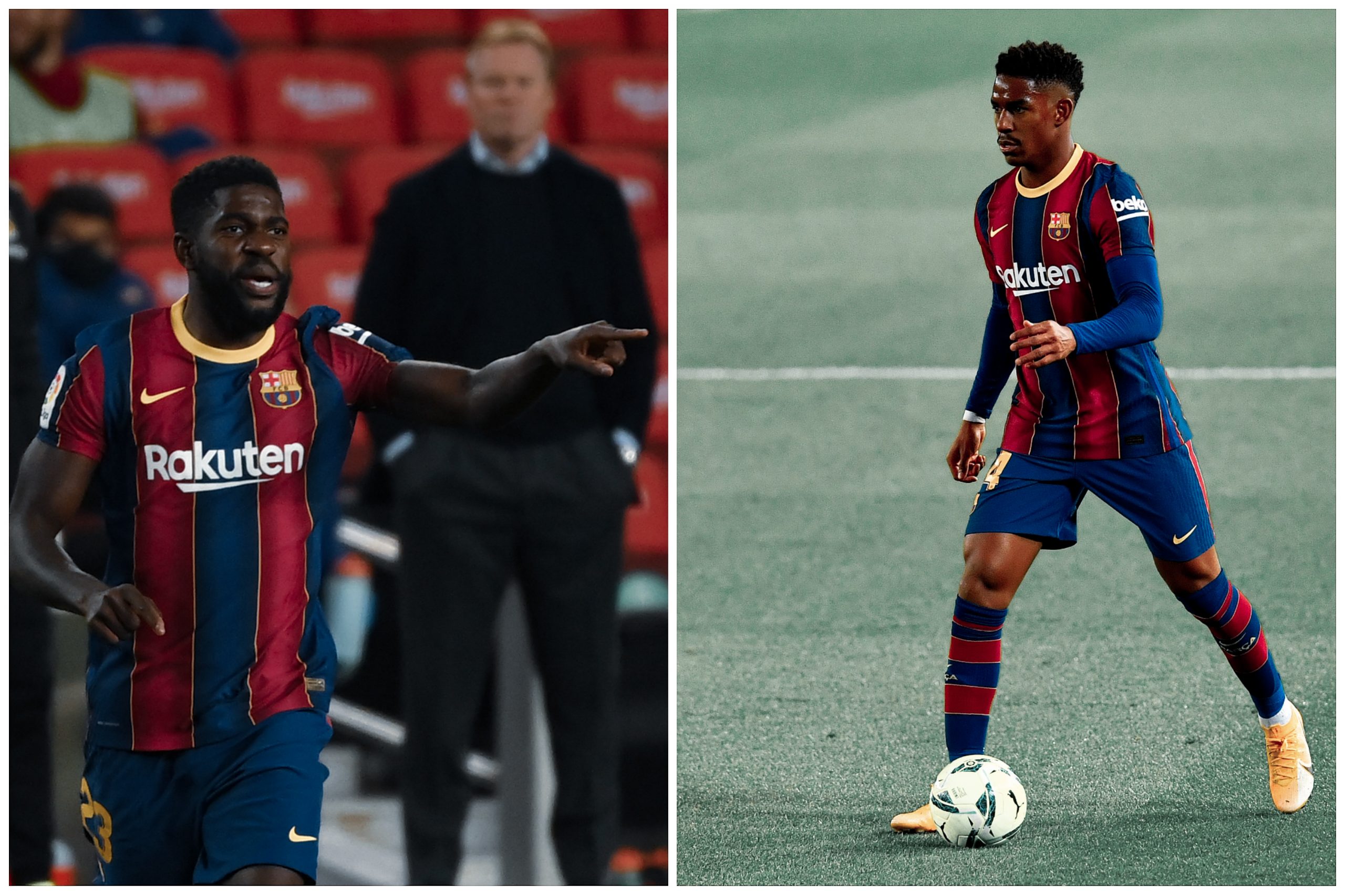 According to a report published by Mundo Deportivo, AC Milan are closely following two Barcelona defenders in the hope of bolstering their backline – Junior Firpo and Samuel Umtiti.

Milan, who are currently top of the Serie A standings, are in the market to boost their defence after facing multiple problems including recurrent injuries, out of peak players, or too inexperienced players holding their fort. Other problems also constitute of over-playing players like Theo Hernandez, who has been absolutely key to their resurrection over the past two seasons.

This is where the prospect of Junior Firpo comes in. Joining the Blaugranas from Real Betis in 2019, Firpo was said to be the heir to Jordi Alba’s throne. However, a clash in positions, and not being able to replicate Alba’s attacking output, has seen his time in the defence reduced to a handful of minutes, playing just four games in the league this season, out of which three came off the bench.

Firpo, who was a left-wingback during his time with Betis, can come into the Milan line-up to replace Theo, given his immense attacking output, giving the Frenchman the rest he so sorely deserves. Barcelona have been quite frank about his position at the club, and are looking for suitors across Europe. Milan are said to pursue the signing of the Spaniard on a loan deal before agreeing to a permanent transfer.

As for Umtiti, the main obstacle in his sale is his immense €6 million wages. The Frenchman does not want to leave the club according to the report, but Barcelona will force his move if the right offer arrives. As it stands, Milan are willing to offer a loan for the World Cup winner.

Umtiti has participated in four games this season in all competitions, three of those coming in the league. His only start has come on the back of a last-minute injury to Ronald Araujo before the game against Granada, where his exceptional performance helped the Blaugranas keep a clean sheet.