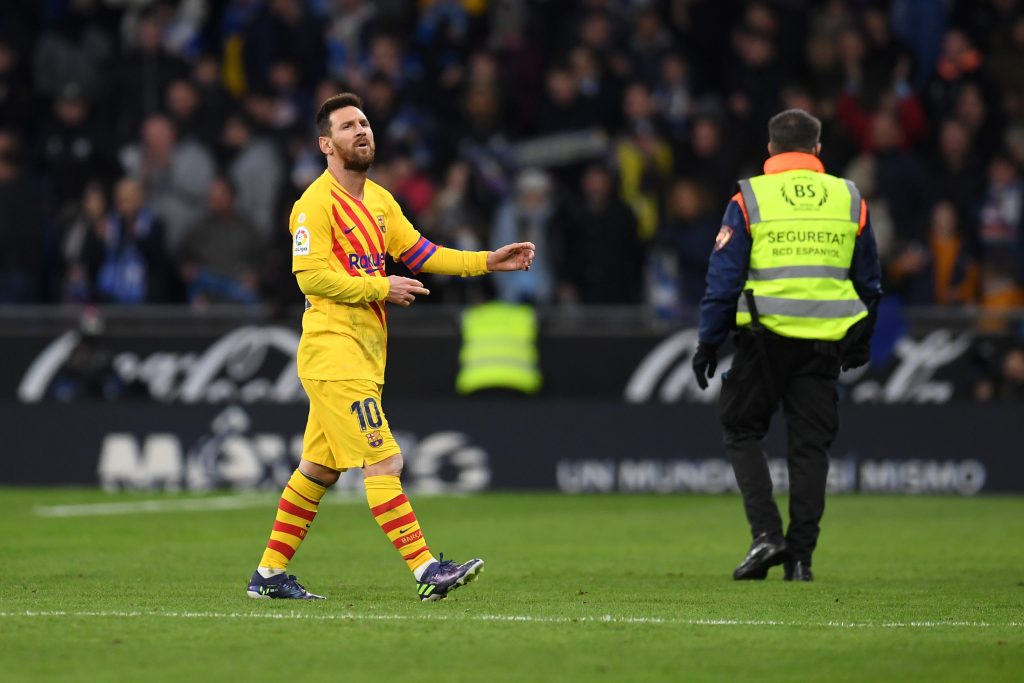 The Barça team that was seen yesterday doesn’t represent its philosophy. This club is far from its best level. Despite the poor performance, there are several lessons that can be learnt from the Catalan Derby. Here are 5 takeaways from the Espanyol 2–2 Barcelona.

The illusions of winning the first game of 2020 were broken by Espanyol. For Barça, it is irrelevant if they play against the bottom-placed side in the table or against the least scoring team in La Liga. This is the Catalan Derby. A historical rivalry where the current situation of the parties involved shouldn’t matter. For this match, the football norms apply differently. The fans in Cornellà, the players and the story make the tension between the two enemies increase, so the intensity does likewise. Things that can only be appreciated in an encounter like this one.

The game was disappointing by the Azulgranas. The first 45 minutes were totally miserable in terms of creativity. In the second half, the approach changed. However, a red card to Frenkie de Jong increased the motivation of the Periquitos. With numerical superiority, they achieved the tie in the final minutes. The match concluded with a fair result for both sides: 2-2. In spite the poor display, you always have to learn from mistakes. These are 5 takeaways from the draw between RCD Espanyol and FC Barcelona:

1. It’s always good to have someone like Arturo Vidal in the team

The Chilean began the match on the bench. After the visitors’ terrible first half, someone to put hardness and a winning mentality on the team was needed. That’s when Arturo Vidal arrived at the start of the second period, replacing Iván Rakitić.

Vidal is the opposite of what the culé philosophy represents. He is not an expert in the first-touch passes like Xavi, nor is he in control of the ball like Iniesta was. El Rey Arturo is the definition of a pure physical player. He doesn’t have a great individual technique but his attitude is what makes the difference to win games. This player breaks the rules generating chaos and disorder, which is always good to incorporate in certain situations. The King yesterday was key against Espanyol and in his last fixtures he has performed at a very high level. His possible departure from the club would be a shame for the Blaugranas. The Chilean is a luxury substitute, he never disappoints and it is always good to have someone with his attitude in the squad. Tactically, his unpredictable arrivals into the box, having found the net 6 times this term – more than any other Barça midfielder –, are a simple yet effective solution to the sometimes too rigid and undefined Barcelona side.

De Jong was one of the few players who showed a good level in the Catalan Derby. He wasn’t making an excellent game but he was decent compared to his teammates. It was in the last 15 minutes that Frenkie received a second yellow card, which led him directly to the locker room. The Dutchman received the first warning in minute 66 and approximately 10 minutes later he received the second one. A somewhat awkward and desperate action that left Barça with 10 men in a game where that could not be worse. The first red card in the career of the young midfielder.

The suspension of De Jong is a problem that Ernesto Valverde could take advantage of. The player will miss the next La Liga match on January 19 against Granada, which is played at Camp Nou. With Arthur’s injury, Aleña’s departure and Frenkie’s absence, Barcelona could be left with a very static midfield. An uncreative line that could be problematic. Most likely, Sergi Roberto will play in his real position. But there is an option that every culé wants to see: Riqui Puig. The young number 28 was not called up for yesterday’s game but has a golden opportunity in the next game of this competition. Riqui Puig would add everything Barça would miss without Arthur and De Jong. Seeing Riqui outside the squad list would be terrible and, without a doubt, a totally wrong decision.

The ‘MSG’ came from an extraordinary month of December, with a visibly better Griezmann, Suárez scoring goals and Messi at a very high level. We thought that those mistakes that this attack had at the beginning of the season were no longer going to be repeated. Surprise. They appeared again last night. An unrecognisable attack that was very poorly positioned, which affected the creation of opportunities.

In the first half, the Azulgranas played practically without wingers. Messi was very close to Suárez’s position. More than usual. There was no initiative by the Uruguayan on moving to the free side that Leo left. Also, Antoine Griezmann, despite not being as close to the centre as the Argentinian, was not completely wide. These details made creating goals very difficult. Espanyol put such a tight defensive line that their rivals couldn’t find a place to score. If the Barcelona players facilitate the task, then it is impossible to go through that block. No spaces opened up, and there were no off-ball runs or combinations. In the first half, this issue was clearly visible. In the second 45 minutes, there was a better positioning between the forwards, but still not the ideal. Why did Ernesto Valverde only make 2 substitutions and none of these involved Ansu Fati or Carles Pérez? What is certain is that at this point in the season, these mistakes cannot happen. Hopefully, footballers and coaches work on it.

4. Suárez’s physicality is a problem, but the quality is still there

Luis Suárez’s first half was tragic. It was one of the worst halves that the Uruguayan has played multiple times this season. After the break, the roles changed. El Pistolero was the star who scored the goal to make it 1–1 with an unreal half-volley shot, and then went on to assist Arturo Vidal in the 1–2 with a sublime pass that only someone of his quality can do.

The years pass. El Charrúa is already 32 years old and next January 24 he will turn 33. His physical resistance, intensity when defending, speed to make an off-ball run, acceleration in the counterattack…These are features that Suárez has been losing over the years. He’s not the same. His contributions in defence are non-existent. His speed when it comes to opening spaces is a thing of the past. Even so, the ‘9’ has managed to be involved in the last 10 goals of Barça. His quality, touch of the ball, the way he protects the ball and his incredible finishing ability make Suárez remain a goalscorer and game-creator unique in this sport. He has lost the physical part of his game, but this doesn’t stop him from surprising us week after week.

With this result, we continue to be La Liga leaders with 40 points, tied with Real Madrid. After 19 games played, having 40 points is insignificant. It means that the winner of the competition, statistically, will finish between 70 and 80 points. Something has changed. Years ago we used to win La Liga with results that approached or exceeded 90 points. With this, Barcelona is giving Atlético de Madrid and Sevilla the opportunity to surprise at the end of the season. They are not so far away. Now they are only 5 points away from the leaders.

In the last decade, Barcelona dominated the Spanish league: 8 titles in 11 years. The reigning champions can’t relax; they need to step up. It takes something else to win this tournament. It’s not enough to be complacent. Barcelona must not settle for results that come from a terrible collective game by the culés. This whole Catalan entity needs to take the next step. Put its feet on the ground. The league is not Blaugrana yet. To achieve this, commitment and intensity to maximum are mandatory in each encounter. This team is not completely dead. There are still many games left, but we must start today. Visca el Barça.

Espanyol 2–2 Barcelona: Match Review
What did you think of this article?