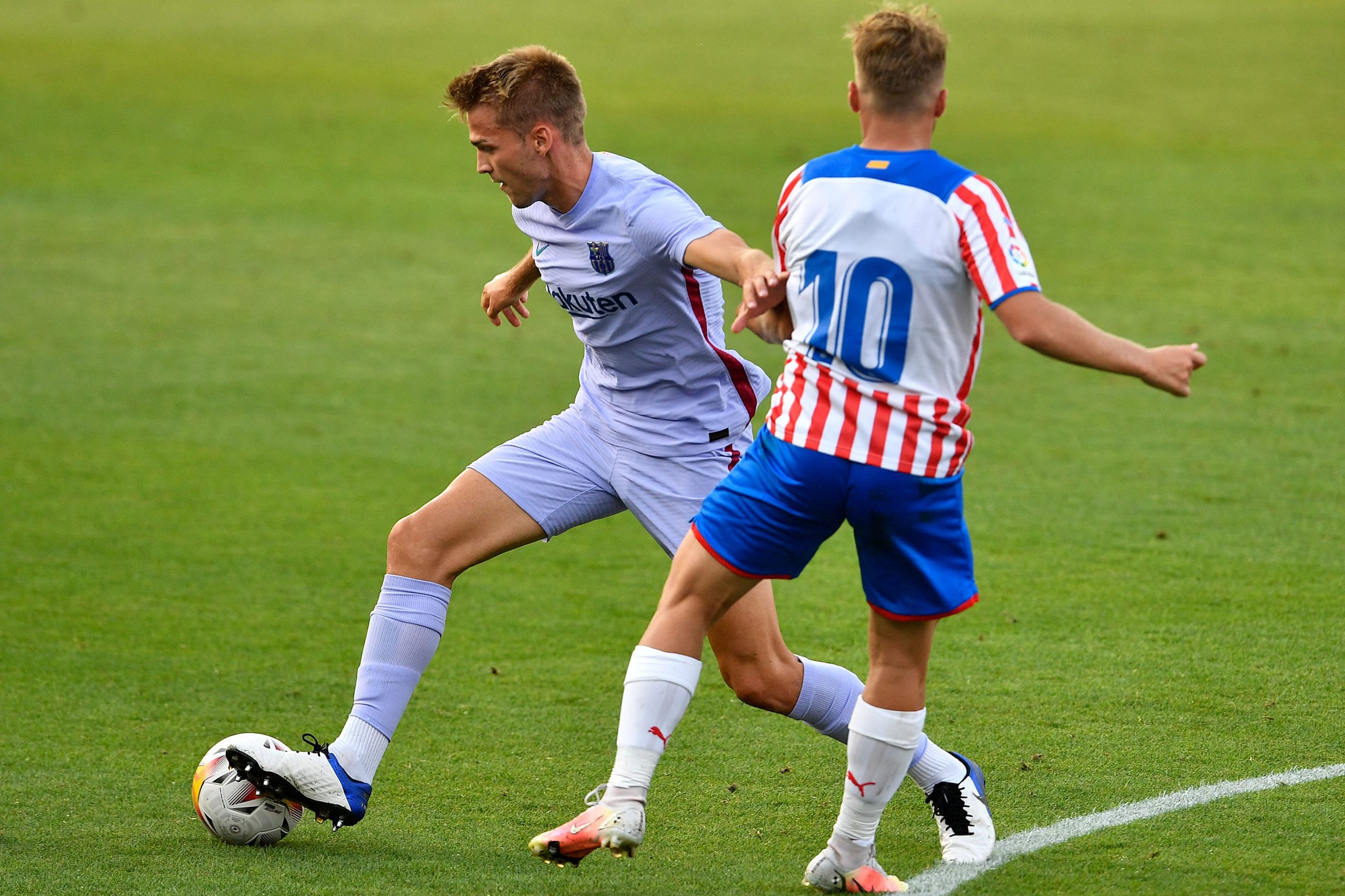 Barcelona are set to lose promising young defender Arnau Comas in the summer transfer window, on a Bosman deal after he rejected a contract proposal from the club, reports SPORT.

The 22-year-old centre-back has been with Barcelona for over 12 years now and has been tipped for a brought future in the game. After spending the 2019/20 campaign on loan at UE Olot, Comas became a regular for Barça’s B team.

The Spaniard was even made the captain of the team in the 2021/22 campaign and he made 29 appearances for the B team. But, he is yet to make his first-team debut for the club.

However, Comas’ contract with the Catalan giants stands to expire on June 30. And even though he was handed an offer for a two-year extension by the club, he has turned down the proposal.

The primary reason behind the 22-year-old deciding to snub Barcelona’s contract offer is that it would have seen him continue with the B team and not get promoted to the senior setup.

Barcelona already have a stockpile of centre-backs in the first team with Gerard Pique, Ronald Araujo, Eric Garcia, Samuel Umtiti and Clement Lenglet, along with Oscar Mingueza.

Of them, Umtiti, Lenglet and Mingueza are expected to be offloaded in the summer. But, Barcelona already have a deal in place to sign Andreas Christensen from Chelsea on a Bosman deal, while they are also pushing to sign Kalidou Koulibaly from Napoli.

So, naturally, there would have been no place for Comas in Xavi Hernandez’s plans for the next season. And, understandably, the 22-year-old has decided to move on to greener pastures in search of regular first-team football.

The report claims that the Spanish centre-half has offers from clubs in Spain and abroad. He will study all possible options before making a decision. Currently recovering from a dislocated shoulder, Comas looks all set to bid goodbye to Barcelona this summer.