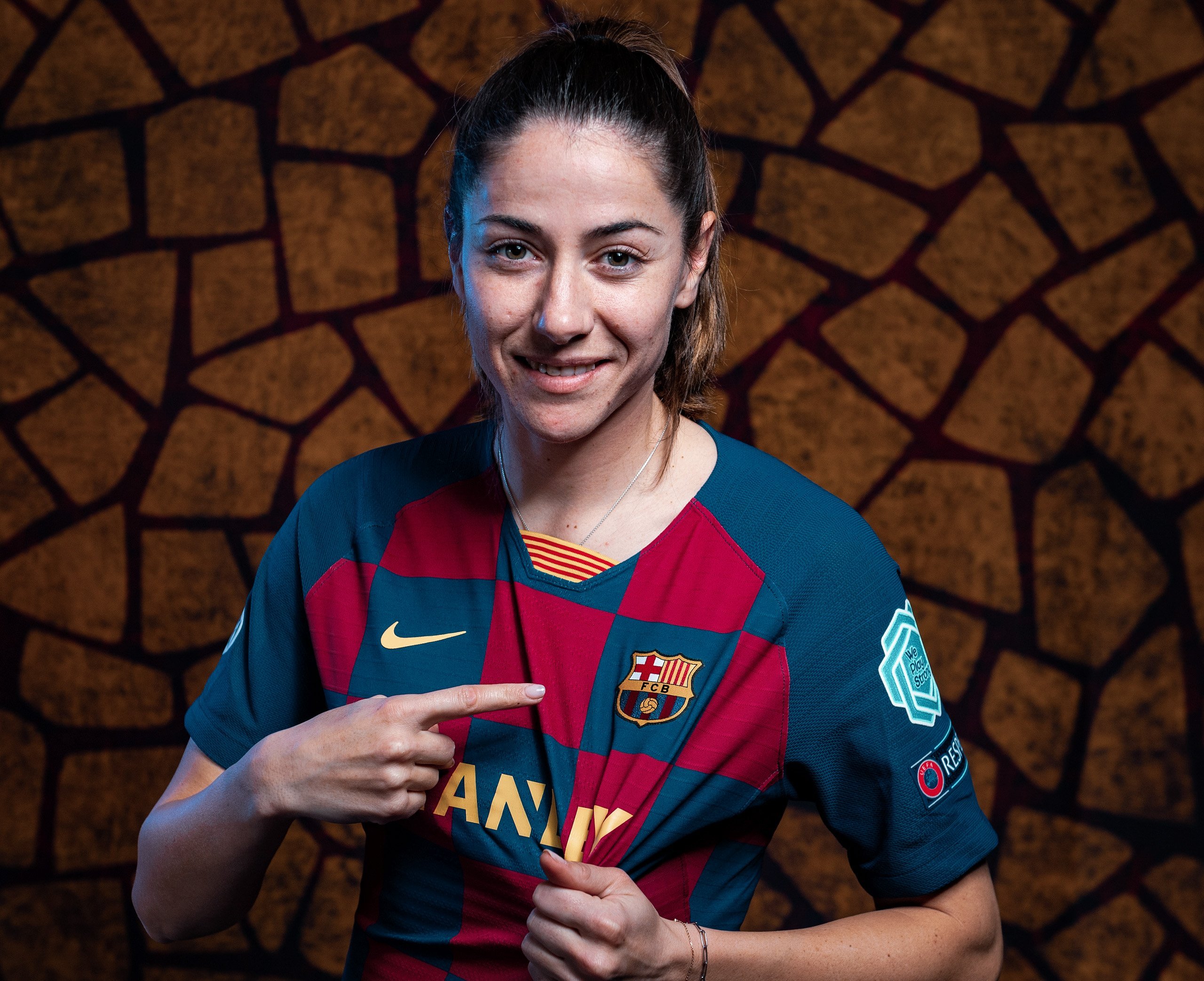 Vicky Losada has had a long career until becoming a pillar and the captain of Barça Femení. While she has missed many games through injury, her return could be vital for the blaugranas this season.

Vicky Losada is a personified version of the tempo, the control, and the calm. She was part of the first group of Barcelona league winners and UEFA Women’s Champions League debutantes. She is the first Spanish woman to score a goal in a World Cup. She was the first woman to captain a Barcelona team at a UEFA Women’s Champions League final. She is the Barcelona player with the third most all-time appearances in the first team. She is, among other things, a staple of Spanish football, the captain and emblem of Barça Femení, and she is a master of the game.

Giving a leg up in each battle, she became a star in her own light. Breaking barriers at a hectic pace, Barcelona Femení’s first great achievements bore her mark. The achievement of four consecutive leagues titles, including the first in the history of Barcelona, and the conquest of the second Copa de la Reina in 2011 had the mark of Vicky Losada right in the centre.

Determined to change the future of things, the Catalan took to kicking the gardens and streets in the 90’s, quickly forging an idyllic romance with the ball. The gate of La Masía opened to receive the midfielder at only 14 years old. With confidence in herself and her abilities, she needed just more than a year to make the leap to the first team in 2006.

Barcelona were relegated at the end of her debut season, and as a result, she opted for a move to Catalan rival RCD Espanyol for the next season. FC Barcelona were promoted back to the Superliga at the end of the 2007/08 season, prompting her return back to her childhood club.

Losada with the growth of Barça Femení

2011 marked a new beginning for the club, as Losada started in the final of the 2011 Copa de la Reina, helping Barcelona win their first major trophy in almost two decades. The following 2011/12 season, Barcelona would go on to win their first-ever Primera Division title, solidifying themselves as a force in Spanish football. Losada scored 15 goals in that campaign.

In the early 2010’s Barcelona completely dominated the Primera División, winning two domestic doubles with Losada as a pivotal figure. Losada assumed captaincy at the start of the 2013/14 season where Barcelona recorded their second consecutive domestic double. She left Barcelona and joined the Western New York Flash on loan for the 2014 NWSL season. Losada returned to Barcelona for the last few months of 2014.

The stint with Arsenal

Losada left Barcelona for Arsenal in March 2015. She said that one of her reasons for leaving was to challenge herself against English physicality – most likely to prepare herself going into Spain’s first-ever Women’s World Cup campaign. She won the WSL Cup in her first season there and the FA Women’s Cup at Wembley in the following season.

Vicky Losada, during her time at Arsenal | Photo by Harry Hubbard via Getty Images

The return of the prodigal daughter

Losada returned to Barcelona in November 2016 as a more complete and well-rounded player, having learned from the experience of playing alongside legends in London.

Losada when asked about returning to Barcelona: “I’d love to be part of what’s going on there andI want to win the Champions League with Barcelona”.

She assumed full captaincy upon her full-season return in 2017/18, winning the Copa de la Reina and finishing second in the league just one point behind the winners Atlético de Madrid. She captained Barca to their first UEFA Women’s Champions League final in 2019 and shared the below words before the matchday:

“The pressure is on Lyon. That’s the reality. We are growing, our responsibility is to win. If we did it, it would be historical, it would mark a before and after in Spanish football. It is the match of our lives for all of us”

Barcelona were defeated by Lyon 4–1, ending in tears for captain Losada.

Vicky Losada is a quick-witted player with meticulous precision in her passing. She is the guardian of the ball, the one who moves the ball with tactical sense. She is a technically gifted midfielder with an eye for goal and a great engine. To all that you can add her ability as a leader and her experience at various clubs.

Well-groomed with prodigious speed, always giving the best move, Vicky thrives to the beat of Barça Femení. She rose from the hard descent to the Segunda División in her first year to become the central axis of a squad that gradually sought her presence. Taking care of every detail, in a short time, she managed to become unquestionable in the core of the team. Losada deploys a true arsenal of resources in the most creative area of ​​the field, a manual of touch, control.

She is the link to the team. Everything goes through her boots. Create, distribute and generate football. She admires Xavi Hernández, but has nothing to envy him. Vicky knew how to adapt what she had learned outside Barcelona with the theories of La Masía, establishing herself once again as the perfect compass in the core of Barcelona. Instructor of the short game, the ball looks for her to always trace the best move before executing it with precision. Taking care of the ball, pamper it and make it her best ally, she is the face of Barcelona’s midfield.

Her season so far

She missed most part of this season to injury. However, she came back hard dressed with the first captain’s armband, the Barça number 6 reappeared after a roadblock with the injuries. Recovered, and with a smile in tow, the climactic moment raised to the sky of Salamanca, the first Women’s Super Cup in Spain in history, rewarded the hard setback on the road. Vicky was back, and football was smiling at her feet.

Losada is a leader on and off the pitch that makes the most complex easy. The baton of the Femení game goes through her boots. Relentless before her rivals, just a fine swing with the leather glued to her boots is enough to elude the enemy. Without the need for sudden movements, the elegance of the captain on the football pitch annihilates any opposition. She is the teacher, she is the brain and she is the captain.

With Barcelona Women keen to keep kicking on, there is every reason to believe that their academy graduate and captain can continue to flourish and contribute towards rekindling the glory days at the club that she loves and help them win their first-ever UEFA Women’s Champions League title.