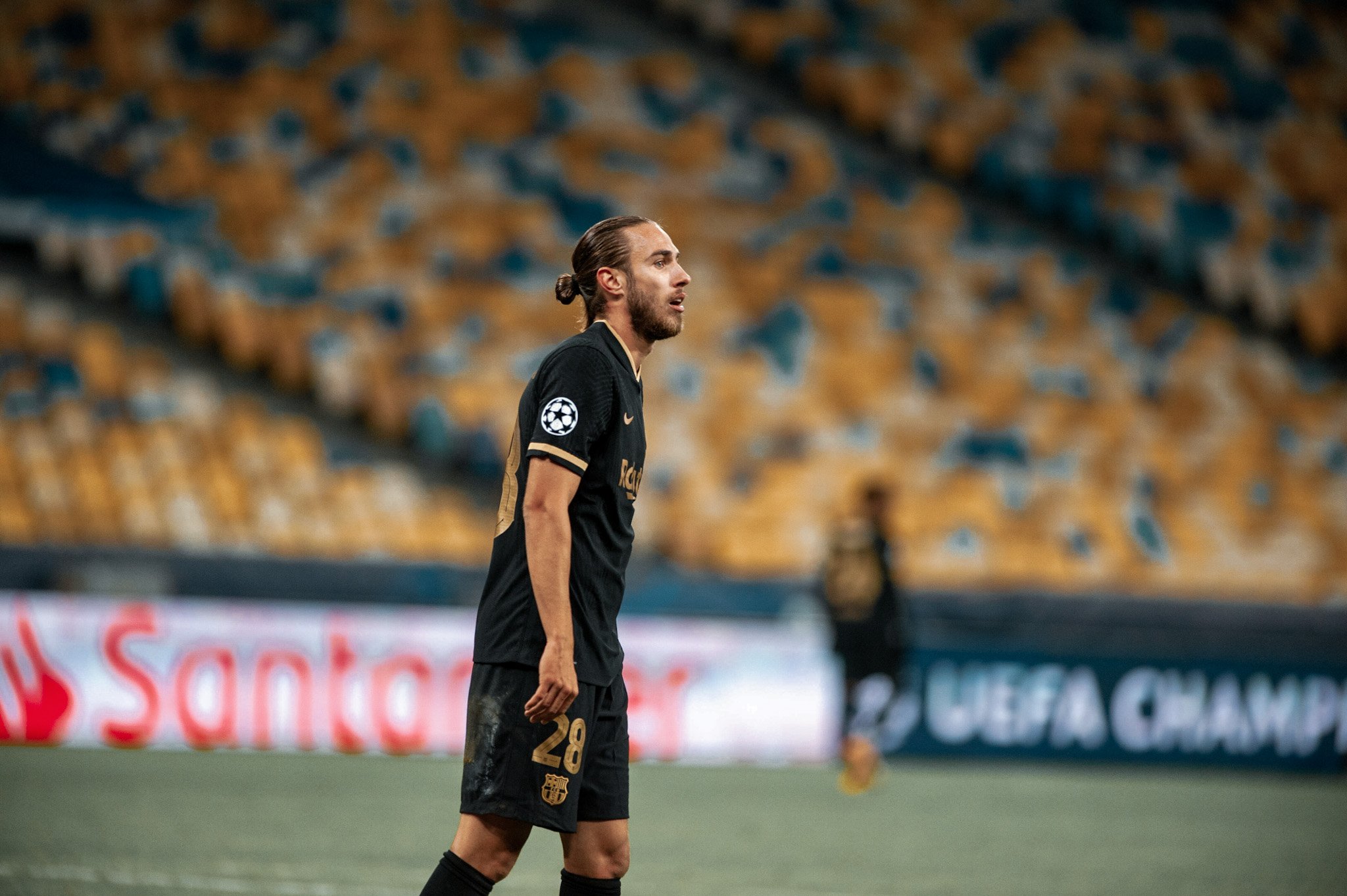 Contrary to what a majority would have thought back at the start of the season, Oscar Mingueza has staked his claim to be a starter at the club. Through diligence, humility, and industriousness both on and off the field, the 21-year-old has morphed from a relatively insignificant figure at the club to one they are strongly considering keeping over the long term.

Subsequent to Gerard Piqué’s injury back in November was a malevolent feeling of disdain and abject hopelessness. Barcelona had lost arguably their best defender, and on the back of what was already a deplorable start to the campaign, his projected four-month hiatus from football was perceived to be the final nail in the coffin.

In the midst of all the asphyxiating chaos came an eccentric Oscar Mingueza from Barcelona’s B team. Having endured a rather fruitless career heading into his twenties, hopes were at an all-time low for a man whose Barcelona career was essentially over before it even began. In stark contrast to the likes of Riqui Puig and Alex Collado, almost no one would have pictured the Barça #28 making his mark on the first team.

He had, after all, never represented the Spanish national team in any of its categories, and with a contract that is due to end this summer, Mingueza would have served as yet another addition to La Masia’s rather miserable tale in recent years.

Stripped for cash as a result of José Maria Bartomeu’s impulse led, lucrative spending, the Blaugranas‘ intentions to reinforce the unit over the winter transfer window were quickly waved off. This was, therefore, Mingueza’s one and only chance to prove himself to the team, and he went at it guns blazing.

If ever there were any doubts about his long term suitability at the club, then his showings in recent months have done more than enough to extinguish these fears. His meteoric rise to prominence is further proof of just how integral an upbringing at the Catalan club’s famed La Masia is to the development of a footballer. It seems, now more than ever, that regardless of one’s individual quality, being dextrous at football’s most basic of aspects is possibly what matters most to the development of a footballer.

The Spaniard stands out for his immaculate reading of the game, with immense dexterity in the three core pillars of Barça’s game: pressing, passing and positioning. His timing in challenges, illustrated quite possibly in its purest, most pristine form against Sevilla and Paris, makes him a headache for opposition attackers to handle.

Why so? Well, it is simply better for both one’s and the collective’s wellbeing that they be multifaceted and capable of surviving in a plethora of situations, rather than being the indisputable best in only a single contact. Mingueza’s multi-dimensional nature makes for an ever-useful footballer regardless of time or place.

In addition to being dextrous in football’s fundamentals to a fault, Mingueza is the perfect addition to Ronald Koeman’s side in large part thanks to his sheer versatility thanks to his uncanny wisdom and tactical flexibility. The Dutch manager seems to be shaping up the team to be a complete side (in that it has a multitude of players capable of fulfilling a variety of roles), with a substantive number of players being valued not necessarily for their quality in one particular role, but their adaptability to multifarious situations.

His use at right-back, for instance, in the absence of Sergino Dest, is the perfect case in point to illustrate this. While he lacks the American’s ability to maraud the pitch with vicious pace, he more than made up for in his impeccable positioning and timing of his runs.

“See, if I start running slightly earlier than someone else, I seem faster. There’s only one moment in which you can arrive in time. If you’re not there, you’re either too early or too late.”

Despite his background as a centre-back, the Catalan shows no hesitation whatsoever when asked to trek upfield. As was the case against Athletic Club, he is dextrous enough to provide a killer ball into space, and when required to join in the midfield to aid in the circulation of possession, his technical ability facilitates the tasks of those around him, most notably his midfielders and Sergiño Dest out wide.

In spite of all his merits, Oscar Mingueza is a diamond much in the rough. A bulk of his current flaws can easily be remedied with more game time and experience, as it is only in making mistakes that one can learn from them. The past several months have served as evidence to the same, and Mingueza’s determination to the badge makes his progress not a matter of if but rather when.

The future is gleaming in lights so blindingly bright for the youngster, with evolution so quick and spontaneous one simply does not know the extent of his true growth. The only thing that a majority of Culés do know concerning his future, and with absolute certainty, is that his renewal is a topic of absolute necessity. With the old guard fading away and first-team centre-backs possibly at an all-time low, the Catalans will need just about as much help as they can get, and that starts with Mingueza going beyond the summer of 2021.