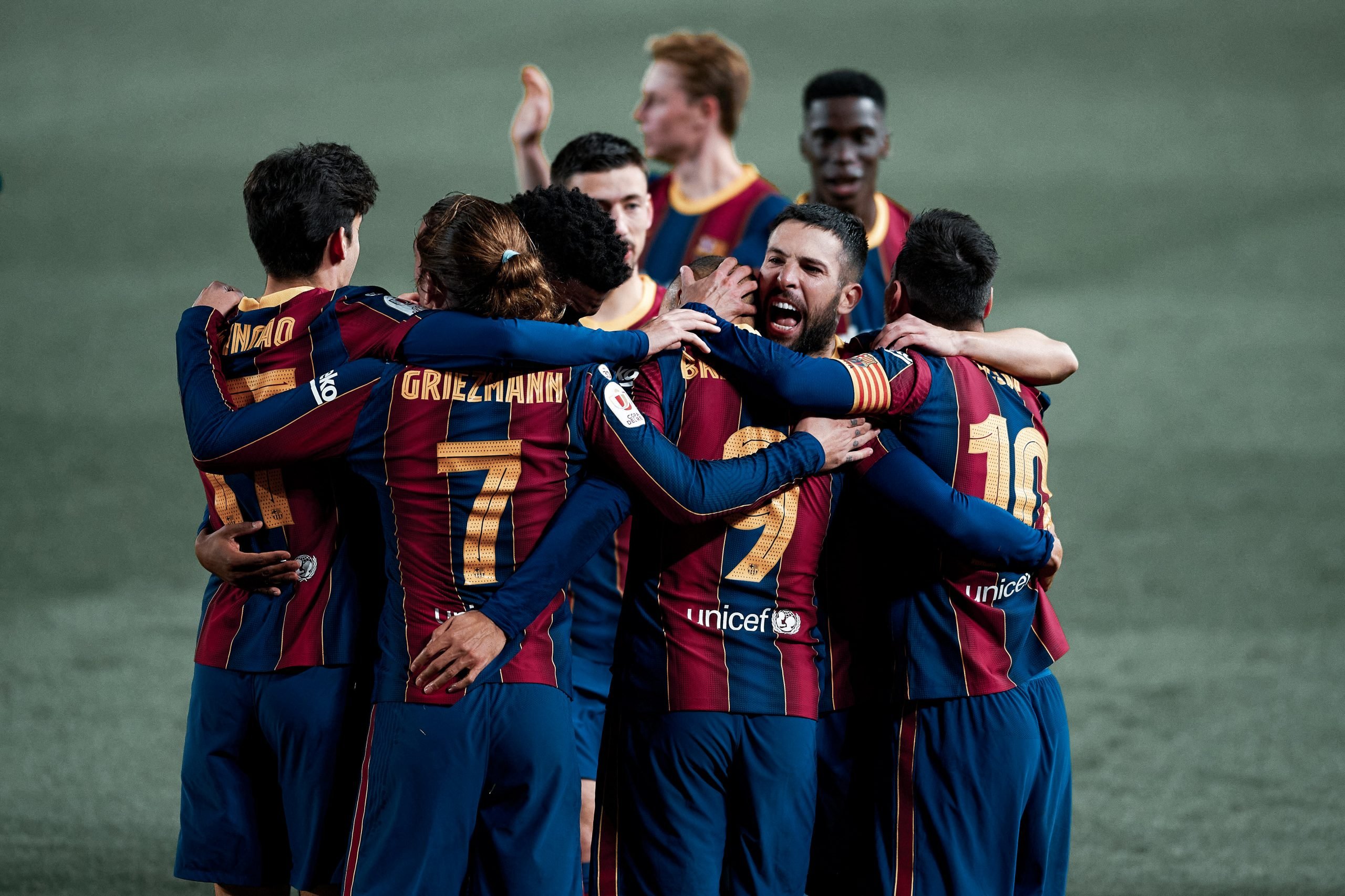 On the back of an excruciatingly long international break, Barcelona hit the trail once again as they ready themselves to face Real Valladolid in La Liga Santander.

The last time Fútbol Club Barcelona and Real Valladolid faced off, Ronald Koeman’s side emerged victorious over their counterparts from Pucela thanks to goals from Lionel Messi, Martin Braithwaite and Clément Lenglet. It was one of the Catalans’ best performances on the road this season, both on the attacking end where they scored three goals, as well as defensively where Los Blanquivioletas could content themselves with a measly 0.17xG.

Heading into tomorrow night’s game, both sides find themselves in starkly contrasting form. In La Liga Santander, Barcelona are on the back of an 18 game unbeaten run, stretching back to early December when they lost to Cádiz CF away from home. Ever since the turn of the year, the Blaugrana have won 12 of their previous thirteen fixtures, a run that includes a victory over tomorrow night’s opponents. On the road, which is an area that is by no means their strong suit, they are on a run of ten away victories on the bounce.

Since January, the former champions have without a shadow of a doubt been La Liga’s best side. With 37 points from a possible 39, they have the highest points per game ratio. In this period Barcelona have scored a whopping 38 goals, conceding just nine, averaging a scoreline has been 0.7 to 2.9 per game; a substantive improvement from the 1 to 1.9 they had until December.

Sitting 16th in the table, and just outside the relegation zone, Los Pucelanos need anything but a defeat to keep their survival hopes alive. Their points tally makest it such that they need not necessarily win to remain safe, though Sergio Soriano’s men would certainly much rather obtain all three points. A victory here would grant them at the very least a three-point cushion over Eibar in 18th – who lost to Real Madrid –, and propel them a further 9 points away from Huesca at the foot of the table.

On the back of an exhilarating 6-1 victory in Real Sociedad’s backyard, Barcelona ready themselves to face another one of La Liga’s royals, this time in the form of Real Valladolid. This tie is expected to be comparatively less difficult than that which the Catalans played at Anoeta, but it carries with it its own set of difficulties.

Ronald Koeman will most certainly keep the same setup as before, this coming in the 3-5-2, with perhaps a pair of big changes to the eleven. Lionel Messi and Frenkie de Jong are a subject of controversy. Of course, it would be amazing to have both on the field, especially given their performances last time out against the same opposition, but the possibility of a suspension makes starting them a risky endeavour.

Koeman could start Riqui Puig a start over Frenkie, as his immense creativity and northward vision could create incalculable issues for the visitors. In place of Messi, Koeman could opt for Antoine Griezmann, who was in fine form over the international break, and he might just as easily go for Martin Braithwaite in Ousmane Dembélé’s place to partner up the Frenchman in the front two. Signing a new striker is inevitable this summer, but right now, Braithwaite, Griezmann and Dembele are what the club’s got.

In terms of the playing style, the Catalan giants might still continue with the same positional play as before, but they might perhaps press less. Since mid-February, Valladolid have been exceptionally poor at retaining the ball for long periods of time, averaging just under 5 passes before losing the ball. This, coupled with some decent pressing numbers on their side, makes this task a reasonably simple one for the former champions.

What to expect from Real Valladolid?

Still, in a zone of jaded familiarity in the bottom half of the Liga table, Real Valladolid have begun the second half of the campaign in a rather disparaging manner. Matters have been made significantly worse. That is because over the international break, six of their players were infected with the Coronavirus, meaning that they officially have eight players unable to feature either due to injury, suspension, or disease, with three others doubtful.

They kicked off the second half of the season with a defeat at the hands of Valencia at home and have from then on gone on to collect a measly nine points from a potential thirty. Such is their lack of luck that they were on the receiving end of a 1-3 thumping at home to Huesca, and in the final minutes of their tie against Sevilla just before the international break, goalkeeper Yassine Bono scored an equaliser to ensure that both sides would share the spoils.

As per expected statistics, the Blanquivioletas are the third least offensive unit in the division, at just 26.16 Expected Goals from 28 games, and the ninth worst-performing defence, at a whopping 38.2xGA. In contrast to their current position on the table at 16th, Valladolid are 18th on the log on expected points.

This poor defensive showing can easily be attributed to the fact that they are the league’s fourth-worst team in terms of their ball retention capabilities, as well as the fact they allow the sixth-most passes per game and around their penalty box. Since February, their PPDA has been twice their OPPDA, essentially meaning they allow the opposition twice as many passes before losing the ball than themselves.

Sergio Soriano’s men may well shape up in a 4-4-2 or 4-2-3-1 setup. This shape might morph later into somewhat of a 3-4-1-2 in possession. The common denominator in both formations here is width, and for this, they rely on the likes of Oscar Plano to provide it. As a team, they tend to attack down the left-wing, with 42% of their attacks being played down that flank, closely followed by the right at 36%. They are not truly one of La Liga’s possession heavy sides, as they average around 43% ball retention in games and with — just — a 72% pass success rate across the board.

For Sergi Guardiola, this season has been an utter disappointment. Last season, he was arguably Valladolid’s most productive player, with 8 goals and two assists to his name. This year, however, he seems to have lost his spark. He is currently underperforming his xG by 3.27, meaning his finishing has been below par, but if there is anyone to create a threat, especially in a team as bereft of players as Valladolid is now, then it’s him.

This match has the potential to be a rout should Barcelona want to make it so. Valladolid have a whopping eleven players out of this tie, and despite Barcelona’s conundrum with Lionel Messi and Frenkie de Jong, they have a good enough side to make the most of this situation.