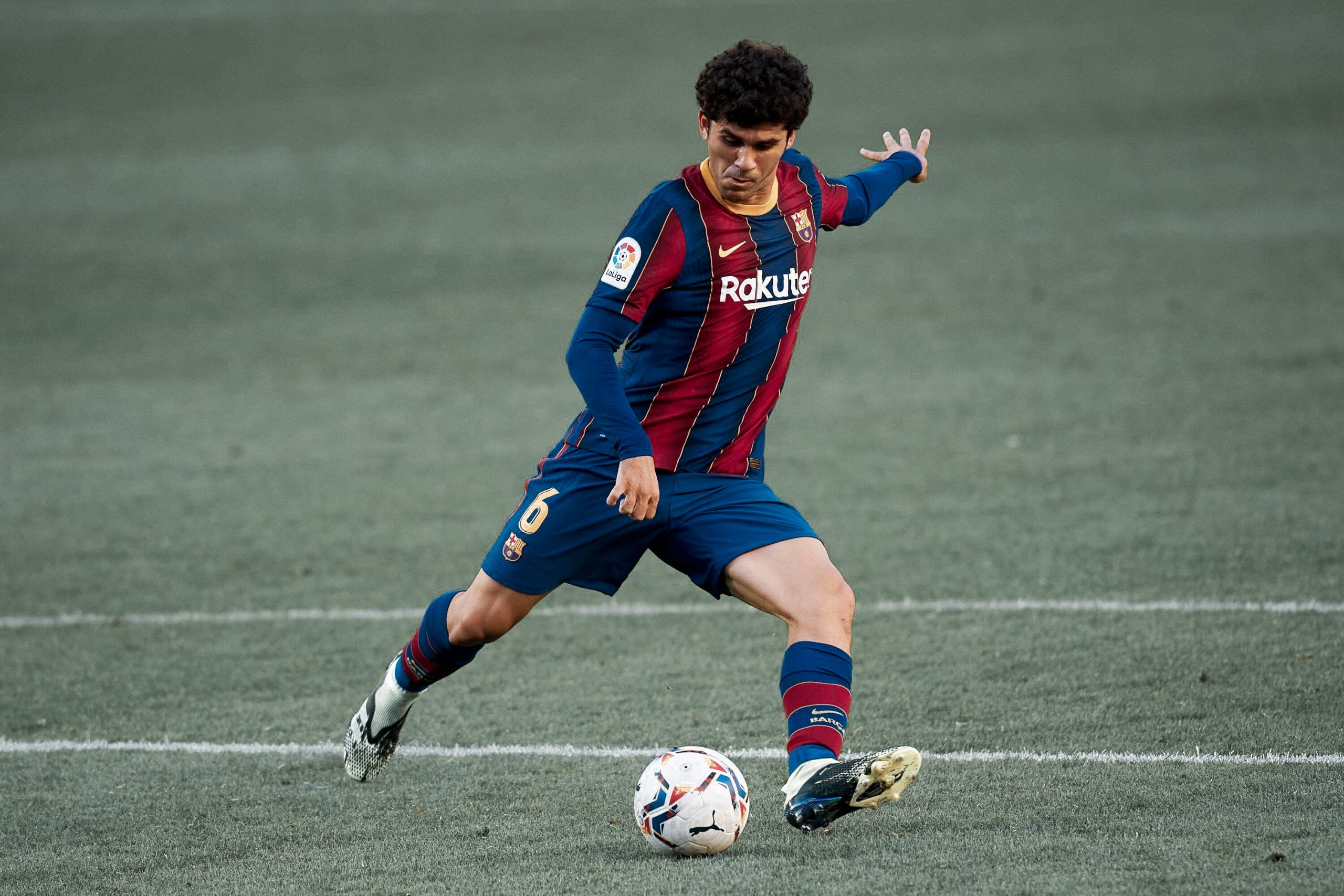 Carles Alena is the archetypical Barcelona player. Embodying the values carefully inscribed into his play through the world-renowned La Masia, those who pay close attention to Barça B or the club’s other institutions have been made well aware of his sheer dexterity on the ball.

In the central midfield, his equanimity on the ball is a heaven-sent for any Blaugrana outfit. Through his astute comprehension of space-time, he is well and truly capable of bypassing any opposition defence through the slightest of movements, this too while wasting no time before breaking a defensive line with a pinpoint pass. Moreover, his pressing — while nothing extraordinary — is just ideal in winning back possession.

It must come as a surprise, therefore to him, that in the past two seasons, he has barely managed to be a team regular, at least not at Barça. In this article, Barça Universal explores his quest for game time, his performance over the course of the season, culminating in a season rating for all his endeavours this past campaign.

In search of greener pastures

Given his technical profile, Carles Alena’s inability to break through to the first team is surely a blow he did not take very well. In spite of an objectively brilliant performance against Dynamo Kyiv, one that should have won Ronald Koeman over, the Spaniard never featured again for the Garnet and Blue of Barcelona. Given his age and skill set, rotting on the Barça bench was anything but worth it.

“I could have stayed quietly but I could not go without playing for a long time and I knew that it was difficult to turn it around.”

CARLES ALENA ON HIS DEPARTURE | MARCA

As such, he took the bold but also, “very easy decision” to leave Barcelona in pursuit of gametime elsewhere. He admitted to himself that there were indeed players higher up in the pecking order than himself, adding that he had nothing against the manager.

The confidence he was so bereft of at Barça was quickly recovered once he donned the blue of Getafe. Through Jose Bordelás, the Spaniard felt a sense of importance and was quickly loved by the fans, who see him as integral to the overall functioning of Los Azulones. In fact, so impressive has he been for the Madrid based side that president Angel Torres said: “We are very happy with the performance of Carles Alena. If he won’t be used at Barca next season, we will try and get him to stay here.”

To their utmost dismay, the Catalans gave them no option to buy and unless, of course, an agreement is made during the summer, Alena will remain at Barça.

The season in a nutshell

Jose Luis Bordelás demands character, drive, fight and determination from each and every one of his soldiers on the blue battlefield. As such, he needs altruistic players, capable of adjusting their position in accordance to the needs of the team. Carles Alena has been just that.

An infinitely useful asset for the Madrid club, the Barça number 6 is adaptable to multifarious situations. In addition to his exuberance in the central midfield role as an interior, he possesses the technical capabilities to play as a pivot, central attacking midfielder or, on more rare occasions, a winger on both the left and right flanks.

In possession, Alena is an infinitely reliable inlet as well as outlet. In his Champions League tie against Dynamo Kyiv, for instance, he had an astonishing 99% passing accuracy in the heart of the midfield, and more remarkably, in the double pivot role.

In the creative department, he doesn’t particularly stand out much. He has just two assists to his name, but by no fault of Getafe’s strikers. Averaging just 1.63 key passes per game, and 0.15 expected assists per match, one should expect around one assists every 6 or so matches, or roughly two in twelve, which is exactly what the Madrid side got. 2 assists from 2.3 expected assists is a reasonably good return for the midfielder.

What next for him?

With Pedri Gonzalez’ continued excellence in the Barca midfield, the tactical evolution of Frenkie de Jong, and Joan Laporta’s insistence on Ronald Koeman playing Riqui Puig, it seems as though there isn’t any room left for Alena in the correct Barca squad. However, the past two years have shown his sheer expendability in the Barça lineup, as never once was his absence particularly missed.

He has to make another brave choice in the coming months. He could, like Riqui, wait out Ronald Koeman in hopes that another manager will value him, or he could part ways with the Catalans.

The latter would benefit both player and club. His market value has him at 20 million Euros. Given Barcelona’s current financial status, such injection in cash would be pivotal to the success of any transfers in the near future. Alena himself is in desperate need of game time, given his age, and with the door almost completely shut, the best course of action would be a move out of the club.

He could stay at Getafe — who already want him — or seek a move to a club with a similar playing philosophy as his own, such as Villarreal or Real Betis.