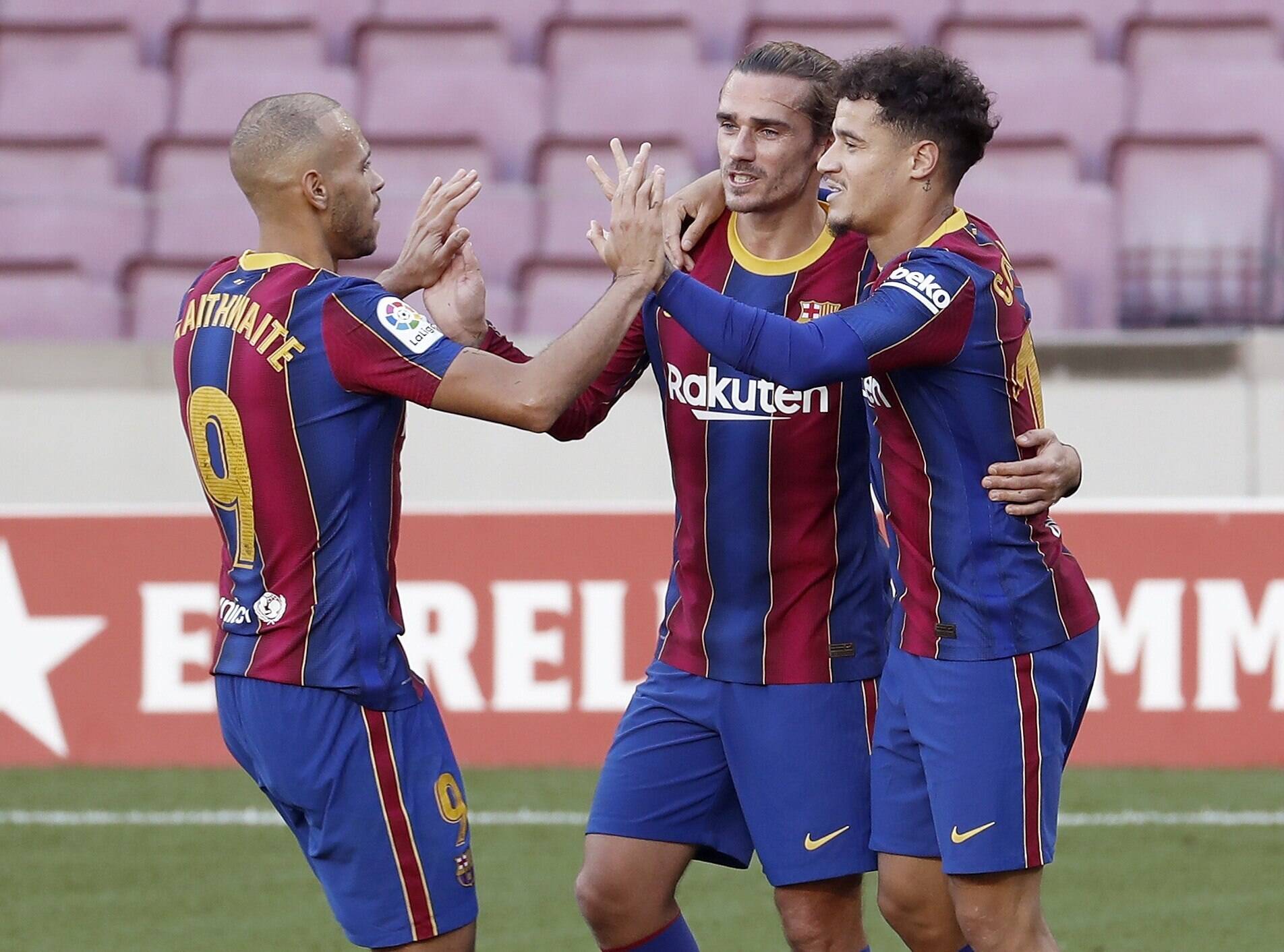 As per a report relayed by MARCA, Barcelona are seeking to cash in on a superstar duo Antoine Griezmann and Phillippe Coutinho in order to avoid making financial losses in the transfer market. The Catalan club seeks to sell the Frenchman for at least €72 million and his Brazilian counterpart for a further €44 million.

On the sporting front, Barcelona see the players somewhat differently. The Barcelona number 14 is considered easily dispensable. Three and a half seasons into his five-year contract, Coutinho’s most memorable moment has come for Bayern Munich against Barça in the Champions League when on loan. He scored twice and assisted a goal in the final 15 minutes.

As for Griezmann, the club believes that more was expected of him over the course of the last two years. Arriving on a bumper contract as a superstar signing, the World Cup winner has failed to deliver thus far.

So far, there are few offers coming in. Coutinho is reportedly wanted by AC Milan on a loan deal, however, his parent club believe that the Italians must pay a higher amount (more than 50%) for his wages. In the event that it does not happen, the Brazilian will end up staying at least another season.

The World Cup winner meanwhile had attracted the interest of Pep Guardiola, but it seems as of now, a swap deal with Atletico Madrid is the likelier option.

These potential sales, should they materialise, will be essential in ensuring that Lionel Messi stays at the Camp Nou.