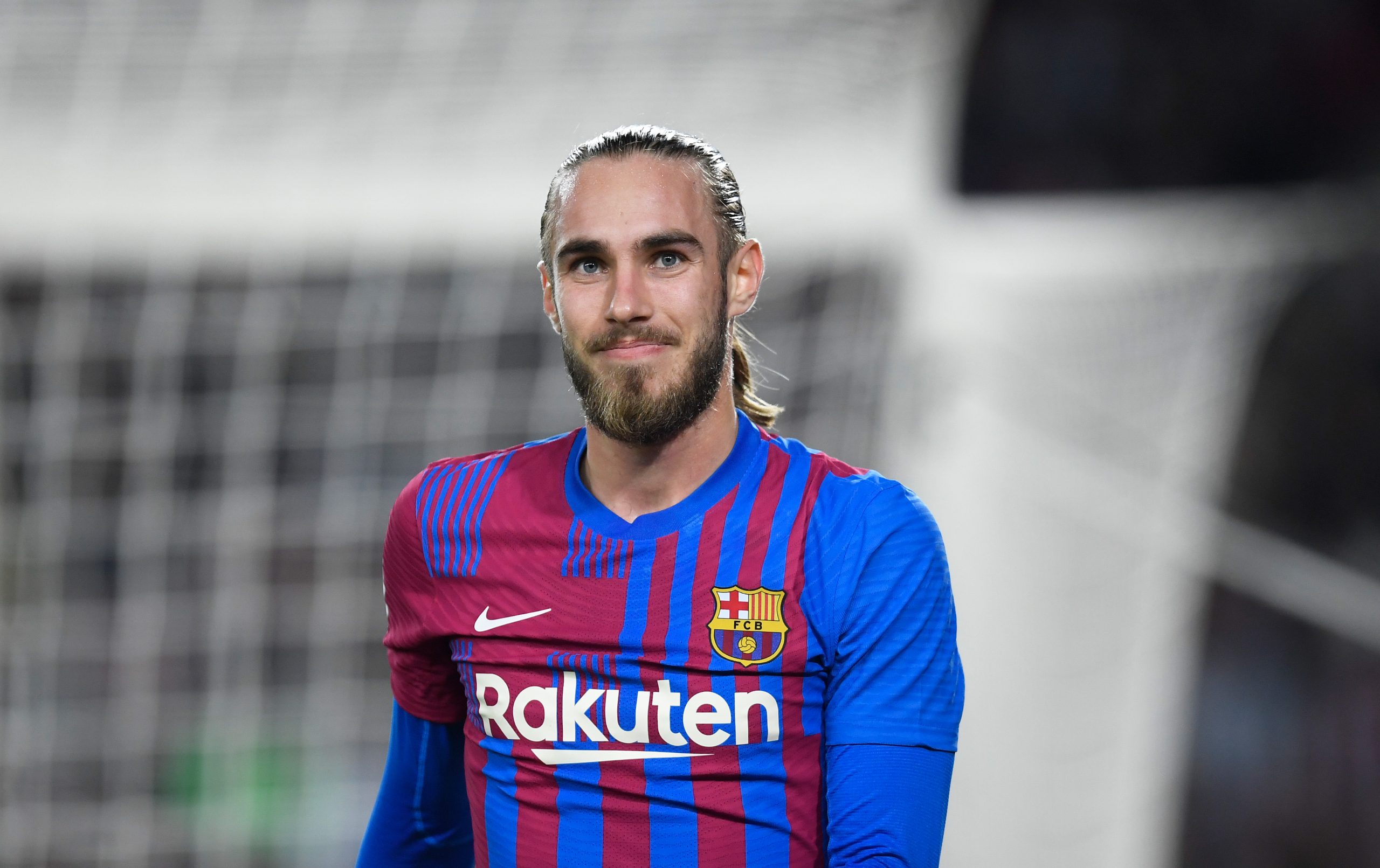 Barcelona have been having issues pertaining to their central defence for quite some time. Despite this, the team last season found an unexpected hero in Oscar Mingueza. According to a report relayed by Fichajes, it does not seem as though he has much possibility of continuing. The report went on to state that the Blaugrana might end up selling him this winter or next summer.

Mingueza has been with Barcelona since he was eleven. Once believed never to have the chance to make it to the B-team starting eleven, he defied the odds and became a first-team regular last season. One of the highlights of his career is his game against Sevilla, or his Clasico goal against Real Madrid.

Barcelona do not feel as though they need him anymore because his level cannot go much higher. Indeed, he overcame many expectations under Ronald Koeman, who drastically improved him as a footballer.

This season with the arrival of Eric Garcia, and the gargantuan performances of Ronald Araujo as well as the rebirth of Gerard Pique, Mingueza has no chance of continuing.

The possible replacements for him keep coming. Pau Torres has been on Barcelona’s radar for some time, although the interest has seemingly died down. Another name closely tied to Barcelona is that of Matthijs de Ligt, who might be considering coming to the Camp Nou after all.

Mingueza knows he will have few chances to perform with the first team, and is urged to look elsewhere. He has fallen steeply down the pecking order this season, and is now fifth or even sixth choice in the team’s dynamics. A sale for the Spaniard is on the horizon.

Mingueza can feel hard done by, as he has been harshly criticised for a lack of performance despite never consistently playing his true position. He is after all a centre-back, but Xavi Hernandez has only played him as a left back, where passing is much harder for someone who is one of the best passers in Barcelona’s defence.