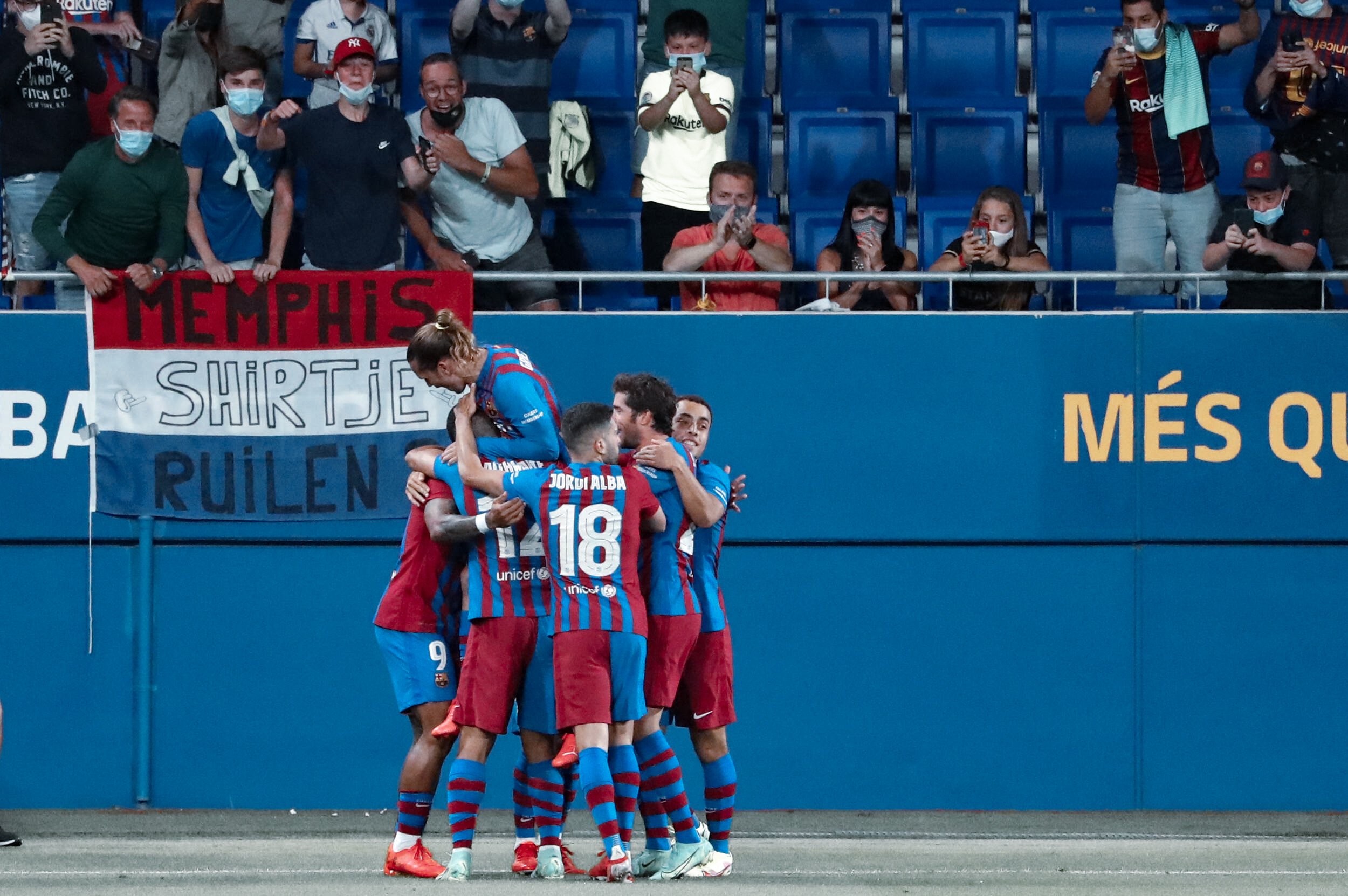 Barcelona played out quite a brilliant match against Juventus. The Blaugrana pressed high, and attacked in a quite lethal manner. From a defensive standpoint, Neto was solid in goal, and when Barça needed to actively defend with the ball, everyone’s positioning and passing was absolutely sublime.

The first game in the post-Lionel Messi era, after an emotional farewell, turned out to be a success and hopefully, a sign of good things to come. In this article, Barca Universal evaluates Ronald Koeman’s forces in this episode of the player ratings.

The Brazilian had a quite phenomenal evening in goal. He made a total of seven saves, but bar that, his timing and ball distribution were both amazing to watch. Near perfect match from him.

Alba had a rather decent evening in the left-back role. He offered danger in the left flank, combining with Yusuf Demir. Not his best day but far from a bad one.

In his role as a ball progressor, Gerard Pique was quite amazing. He passed the ball with relative ease, evading pressure and initiating numerous attacks.

When tested, Araujo delivered. He resisted pressure and did a commendable job at ensuring that the defence was stable. A few mistakes, but nothing too drastic.

In the right flank, Dest was a constant threat. Through shots of his own, passes into the final third, combinations with his wingers or the odd dribble, the American did a commendable offensive job.

In the double pivot, Sergio Busquets flourished. His ball distribution and resistance to pressure was sublime, as his individual brilliance ensured the stability of the collective

Partnering Busquets in the pivot role, Roberto was amazing. He passed the ball at a high accuracy, resisted pressure and his positioning ensured the passage from attack to defence and vice versa was seamless.

Playing in Messi’s central attacking midfield role, Demir did a near perfect job. His dribbling, passing, and orchestration of play was well beyond his years. The Austrian is sure to be a key piece in Koeman’s team.

Both from an offensive and defensive standpoint, Griezmann was amazing. The Frenchman effortlessly combined with the rest of his teammates, resulting in high chance creation and defensively he put up a perfect shift for the Blaugrana.

Taking up the role of a right and left winger, as well as striker, Braithwaite did a sensational job. He caused danger and doubled the score in the second period to essentially seal the victory.

In the rather fluid center forward role, Depay was a constant source of threat in every aspect of his game. His runs off the ball, and his boldness on it ensured that his side had the highest odds of winning.

His Barça debut was rather shaky. Given he has been off football for quite a while, the mistakes he would make every once in a while positionally and off the ball were to be expected.

The Spaniard had a rather decent evening. He was pushed around quite a bit initially, but he did a good job at distributing the ball and scored a wonderful goal right at the end of the match.

Not the most impactful evening from the Spaniard that we have seen. Nevertheless, it is clear that Koeman will make use of him in the coming season.

Having come on to partner Busquets, Nico did a rather good job at maintaining a flow of possession. He even drew some fouls which served to frustrate Juventus.

He came on to replace Ronald Araujo and despite receiving a barrage of boos, did a quite amazing job defensively. He resisted pressure, progressed the ball well and justified his substitution.

While his cameo was short, Collado gave his best in the short time he had. He contributed in attack and defence quite well, and might just remain at the club beyond this friendly.

He had little time to do anything, but showed his influence by having an impact on the press, and joining others in attack to generate some few goalscoring opportunities.