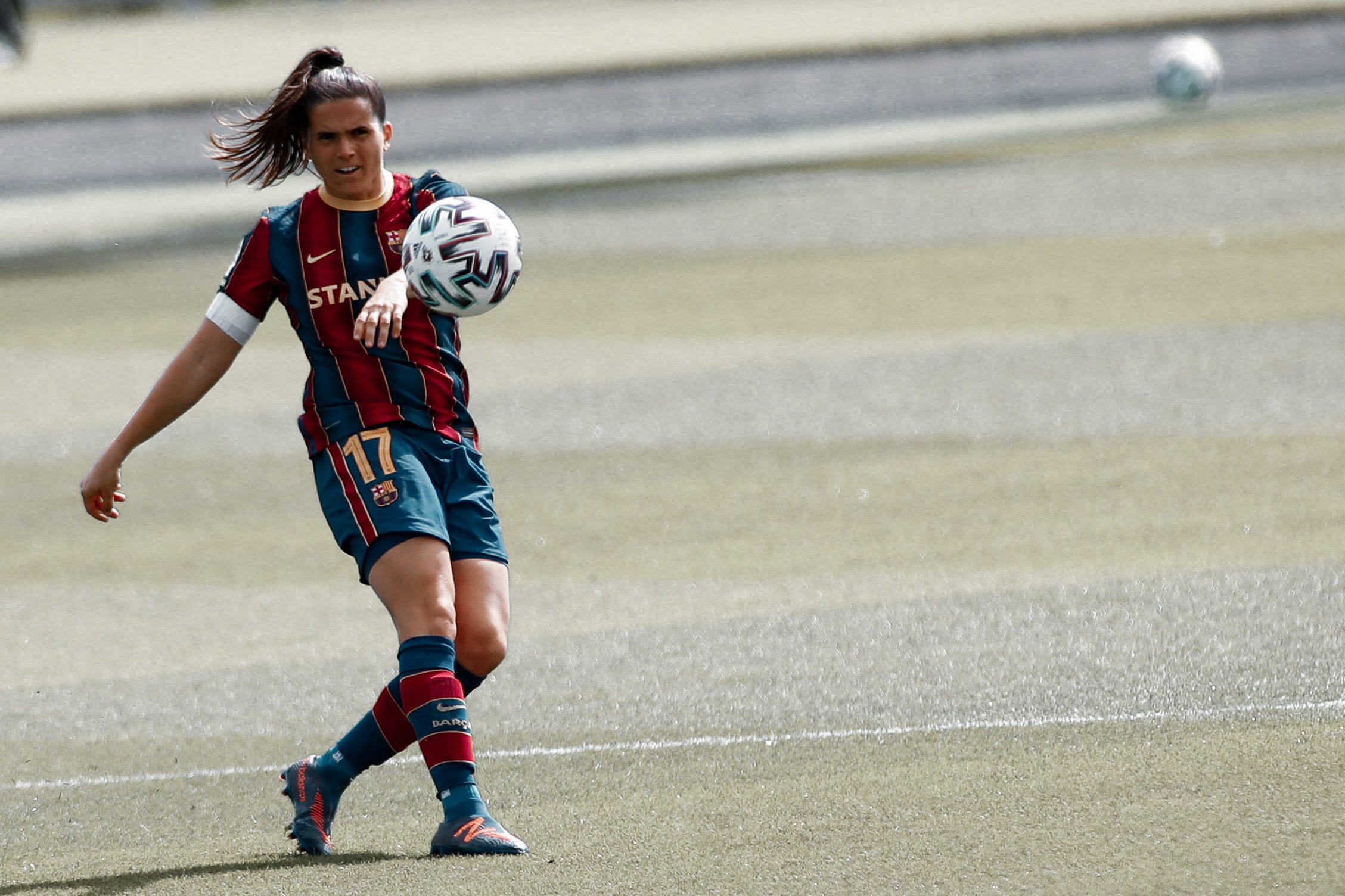 When you play alongside a world-class defender like Mapi León, it’s very easy to fly under the radar and be overshadowed. Andrea Pereira is certainly making an argument this season as to why she should be seen as an equal partner to León. The centre-back, who is a native of Barcelona herself, shared spells at Espanyol and Atlético de Madrid with Mapi León. León joined Barça in the summer of 2017 and then Pereira in 2018.

It is no surprise that these two have struck up quite the partnership in the starting center-back roles, but it has taken a bit of time to shine through as players for the blaugrana and it’s doing just that right now. “I’ve shared defense with Mapi for many years and I think we have grown. You have that complicity”, Pereira said of her defensive partnership with León.

Pereira has a slightly different style of play compared to that of León, but the two footballers’ differing styles of play complement each other tremendously. While León occasionally finds herself leading an attack at goal, she is more notoriously known for her pinpoint long passes to find her teammates up the pitch. Pereira more often than León gets herself involved in the attack and sometimes finds herself in front of goal too. Much like most of the squad, Pereira is technically sound on the ball and makes good use of both her feet too.

Diagnosed with type 1 diabetes at age 16, Pereira plays with a coolness to her game. In this 2020/21 season, we have been able to really see that on full display. Her defensive positioning is more often than not spot on and she has a gritty type demeanour in the sense of her fight to win the ball back and to win in general. Despite having pretty decent performances in previous campaigns, she is really coming into her own this season and solidifying a starting position in the backline for Barça.

In the past years, she usually shared minutes with the great Dutch defender Stefanie van der Gragt, who was unfortunately very often plagued by injuries while she was with the club. However, when Van der Gragt left the club in June 2020 to rejoin Ajax, Pereira was made to step up. She has done just that and has only made it her position to lose.

She has played 7 out of the 8 matches – starting in 5 – so far in this Primera Iberdrola term and has accumulated 575 minutes for a Barça defence that has only conceded one goal over 8 league fixtures. A fantastic feat in its own right and Pereira deserves a lot of praise for her contributions towards it over consecutive matches.

These good displays have only carried over to the international stage. She has been with the Spanish national team since 2016, but has recently been at camps with the team and has played in some crucial qualifying matches for the 2022 UEFA European Women’s Championship that will be held in England.

Andrea Pereira been stuck in since the first whistle this season and stepped up a lot to match Mapi León’s defensive efforts. Her teammates will certainly be hoping that these solid and consecutive performances continue as she is enjoying what has been a fruitful campaign both individually for her and for the team as a whole.

With Barça having both their starting centre-backs in spectacular form, the opposition has been given a personal demonstration of what a human brick wall in defence looks like week in and week out. Look to Andrea Pereira to help continue to make a good argument on why Barcelona has one of the strongest defensive line-ups in Europe.