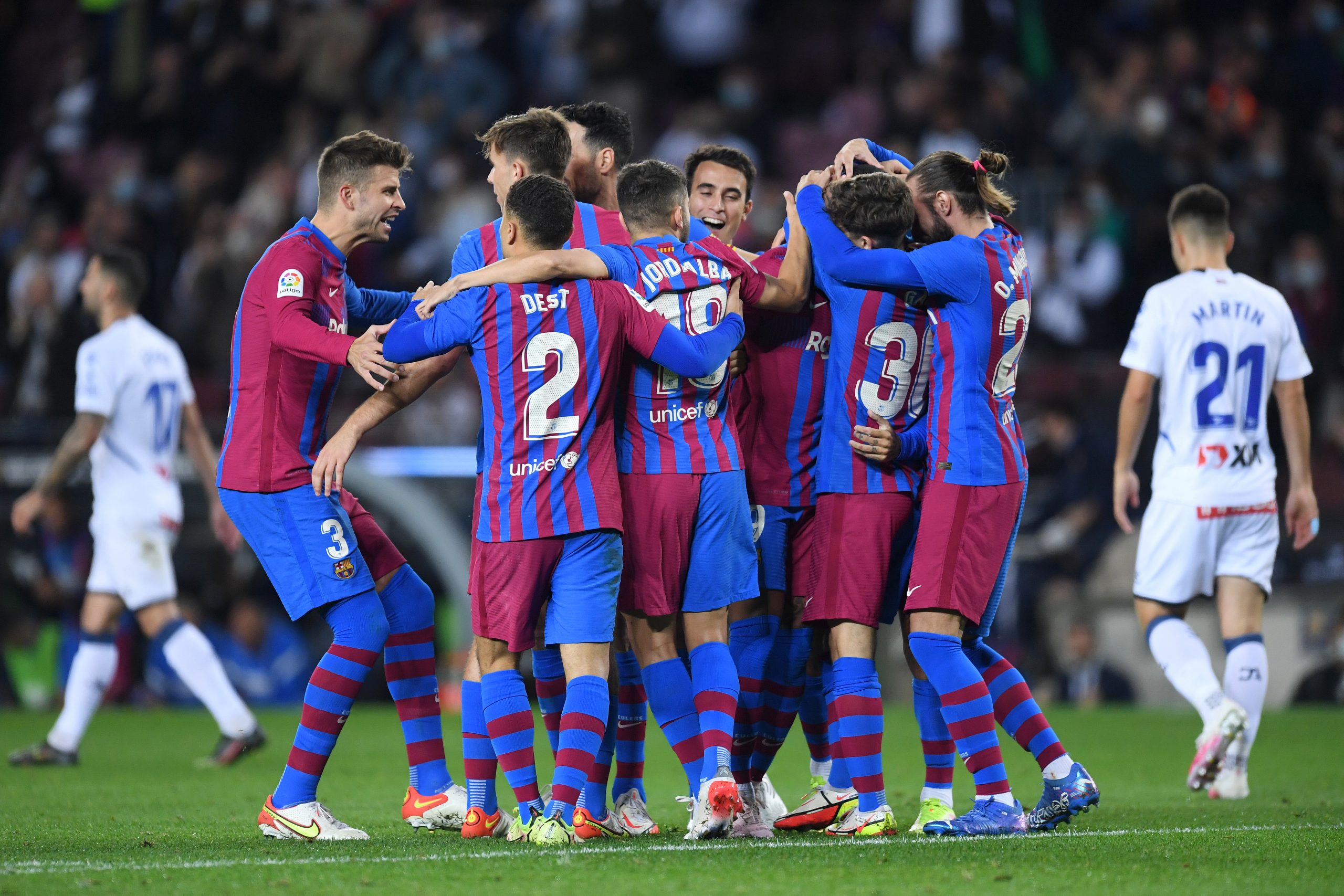 The last 12 days have felt like an eternity at Catalonia. Never has the excitement around the match been as high as it is for the coming game. The International break has been painfully long, but club football finally returns on Saturday.

What promises to make the affair altho more exciting is that it will be Xavi Hernandez’s first game as the manager of the club he bled for.

At the start of the two-week hiatus from club football, Barcelona suffered big blows in what was a painful outing against Celta Vigo.

To begin with, they drew a game that should convincingly have been won. But salt was further added to the wound when Nico, Ansu Fati, and Eric Garcia hopped off injured.

The new manager has brought in changes hard and fast. Moreover, he has also made his first signing in Dani Alves, though the Brazilian will not be available for selection until January.

With the first of many challenging games to come up ahead of him, here is how Xavi’s Barcelona could lineup against Espanyol.

Marc Andre ter Stegen, under the command of his former teammate, will have to prove his worth once again. The Spanish manager has not hesitated to show his strict approach, and needless to say, will not shower any favours on those he personally knows. The German goalkeeper has been far from his best in recent games and will look to put an end to his poor run of form.

Ronald Araujo will likely make his comeback during the Catalan derby. The centre-back appeared off the bench in his last two outings for Barcelona. The Uruguayan international remained on the bench for both of his National Team’s games this week. That said, he will be fresh and fit to start again.

Araujo will likely be partnered by Eric Garcia in defence. The 20-year-old asked to be substituted at the end of the first half against Celta Vigo. However, he is expected to be fit for the coming encounter and could enter Xavi’s first list.

Sergino Dest’s injury leaves few options for the manager. That said, Oscar Mingueza might get the nod ahead of Sergi Roberto for the derby. The youngster will be directly up against the in-form and pacey Adria Pedrosa. All eyes will be on his performance on the night, for it might prove to be the decisive factor.

Jordi Alba is one player whose position in the starting lineup is guaranteed. With Xavi preferring wingers wide on the flanks, it remains to be seen if Alba’s role in the final third changes. Yet, he is the only real option and will get the nod on the night.

Sergio Busquets will certainly start on the night. The Barcelona captain has come under criticism for his slow play at times, but there is no denying the fact that he continues to be the team’s backbone in midfield.

Nico has arguably been Barcelona’s best player in all of the last three games. His physicality, progression and vision point to something special. Xavi will undoubtedly be tempted to give the teenager a start on the night.

The final name in midfield might hold the name Frenkie de Jong. There has been a lot of noise over the Dutch international’s future at the club. However, it seems unlikely that Xavi would let go of a player he has praised so much earlier. Nevertheless, de Jong will look to put an end to his poor club form under the new manager.

Memphis Depay is likely to start on the left-wing, especially given the dire shortage of forwards that the manager faces. The Dutchman is coming off a splendid display for the Oranje. Needless to say, he will carry that form into the league game.

Ansu Fati and Ousmane Dembele would be bonafide starters for the new manager. However, Xavi will not be able to count on the duo for the Catalan derby, which leaves him with few options.

Luuk de Jong could once again start after a hiatus. Kun Aguero’s medical condition and Martin Braithwaite’s injury leave the Dutchman as the only option as a number 9.

Saturday might be a big day for Abde Ezzalzouli. The young winger is said to have caught the coach’s eye for his ability to take on defenders on the flank without drifting centrally. The teenager could be a surprise inclusion, but La Masia surprises have gone well for Barcelona so far this season. He could start on the right-wing.

Gerard Pique could come off the bench following his return from injury. The defender has been out since being subbed off injured against Deportivo Alaves last month. He could replace Eric Garcia late in the second half.

Gavi has become a National Team star in just a few months. In Spain’s recent win at home, the stadium chanted the 17-year-old’s name, something even the biggest of players cannot boast of. He will surely earn some minutes on Xavi’s managerial debut.

Phillipe Coutinho is said to have received a final chance to succeed at Barcelona by the Spanish manager. The Brazilian has had his board wiped clean, and will look to write a brighter script in this new chapter.