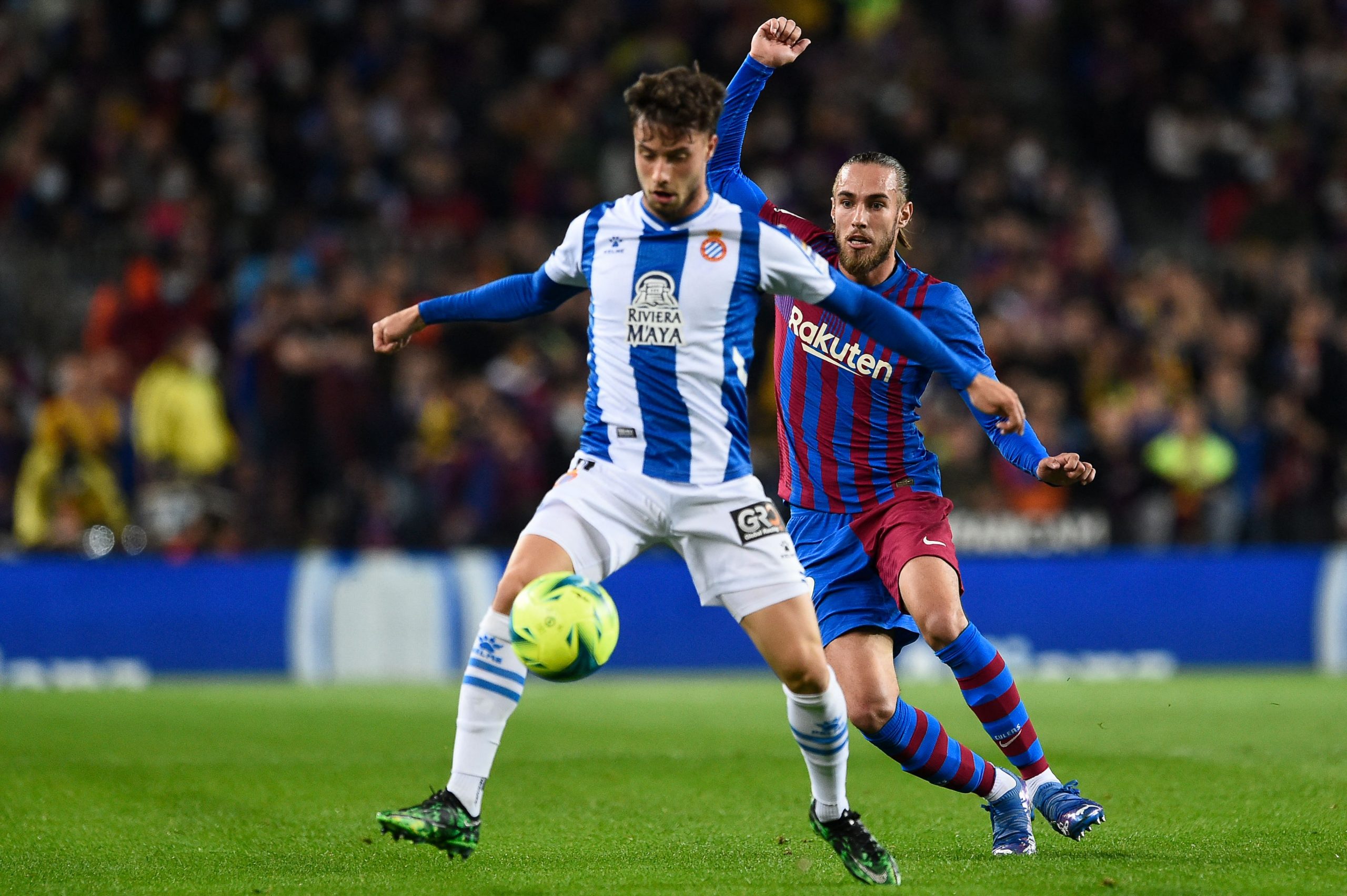 There is no Barcelona want to sign a new left-back in the summer. The club are desperate to add a competitor for Jordi Alba – a younger player that can deputise for the experienced defender in the years to come.

Barcelona have studied several options throughout this year, with the club reportedly looking at a player, who is willing to play second fiddle to Alba in the coming years and hails from the Spanish top-flight.

Javi Galan has been considered by many as the favourite option for Xavi. But according to a report from Eldesmarque, the Barcelona manager has set his sights on Adria Pedrosa.

The 23-year-old is an interesting option as he plies his trade with Barcelona’s local rivals Espanyol. He had been a part of the Catalan side since the early stages of his career, and has lately become a first-team regular for the club.

With over 110 competitive appearances for Espanyol, Pedrosa has impressed the onlookers with his technical prowess and the ability to offer the attacking support going forward.

The left-back has already been involved in 20 goals for the club, which is indicative of his productivity. Such qualities have compelled Barcelona coach Xavi Hernandez to ask the club to raid their arch-rivals in the summer.

Pedrosa is yet to extend his current contract, which expires at the end of next season.

Although the player does have a hefty €30 million release clause, Espanyol could be to cash in on the defender on a cut-price, if he continues to stall on a potential renewal.

It could open up the opportunity for Barcelona to launch a swoop for Pedrosa, who, at just 23, could prove to be an ideal long-term replacement for Jordi Alba in the years to come.

Whether he chooses to join the derby rivals, though, remains to be seen.