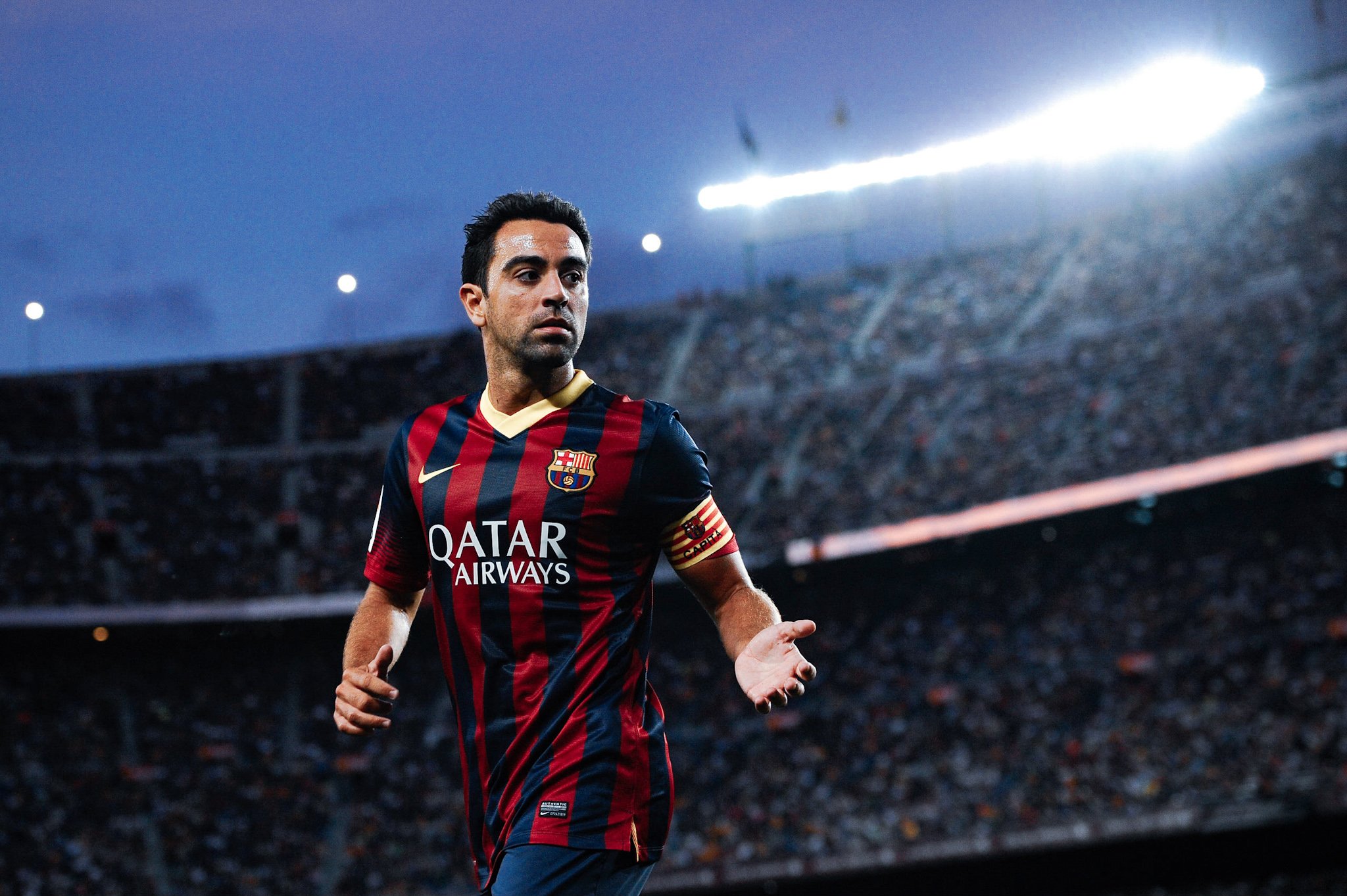 For a man who’s donned more gold around his neck than Snoop Dogg in the ’90s, Xavi’s quiet demeanour shows that there is so much more that truly glitters. Behind the lexicon of superlatives, which have truly run dry at this point, it is his leadership that often goes underlooked.

Rather than raising his voice, Xavi raised his game. The eternal source of oxygen for a Barca team that can boast of being the best ever, the Spaniard never needed the armband. In a side gloated stars in each slot, Xavi shone like the supernova at the centre of the galaxy, with every teammate revolving around his gravitational field. He was a magician, who’s aura was as infectious as it was potent, and for Barcelona, it was a pivotal factor towards all their modern success.

The Nolan masterpiece “The Prestige” bases it’s storyline around the three stages of a magic trick as laid by illusionist Ricky Jay:

“Magic is all about structure,” Jay said. “You’ve got to take the observer from the ordinary to the extraordinary, to the astounding.” Xavi’s journey from upstart to leader follows a similar lead.

On the 23rd of April, 2008 Barcelona hosted Manchester United in the semi-finals of the Champions League, and Xavi was first handed the armband. Flanked by Deco and aided by a burgeoning Yaya Toure, Xavi orchestrated midfield mastery against the reigning European champions, ending the game in a stalemate.

Xavi was handed the baton temporarily in 2008, and what would follow in the coming years was sheer greatness. (Photo by ANDREW YATES/AFP)

Barca would go on to lose the tie the next leg, but Xavi emerged that night as an assured alternative to the great Carles Puyol, a deputy that could enact the same duty of care. The perfect vice for the beautiful game.

It was the summer after that season finished that Xavi was contemplating a move to Bayern Munich. What seems like an apostasy looking back, it was the pivotal moment in both his and Barcelona’s future.

“It was pretty serious. There was even a meeting with a coach of Bayern. But Pep grabbed me and told me that I could not go; that what he had in mind for the club revolved around a group of certain players who could not leave.”

Xavi in an interview with Mundo Deportivo

Messi might grab the plaudits, but it was Xavi that was the lethal cog. He made a pledge and stuck by it to usher a period of unbridled success. He was appointed captain for 15 games in the 2010/11 season which saw the Catalans claim their 3rd and Xavi’s 2nd European title, further cementing his legacy.

As far as the book on duos go, Xavi’s bond with Andres Iniesta is a page earmarked by football fans across time. The two understood the game and each other’s decisions by the step. For all their brilliance together, however, you could place any midfielder with Xavi and you could see the impact his sheer presence could bring.

Xavi and Iniesta marked an era together. (Photo via Getty)

“He is the most amateur player I know, and at the same time the most professional player too, such is his love for football. When he is not playing football, he is watching football”

He’d only don the armband thrice in the 2008/09 season, but his influence was more apparent than it had ever been. It was at that time where Xavi had taken the debuting Sergio Busquets under his wing, provided the central steel around which other players could function to their highest level.

Where Puyol’s command over the backline ended, Xavi’s control over the rest of the pitch began. An outstanding 24 assists proved only the tip of the iceberg for that campaign, as his presence stood tallest in a team that claimed Barca’s first treble. A year later, he would win the World Cup with Spain, completing a star-studded trophy cabinet.

Xavi worked in the shadows, helping the team emerge from it. (Photo by Clive Mason)

Guardiola’s departure however brought with it a lull within the Catalan side. Puyol’s influence was waning, and the team had failed to reach the astronomic heights they themselves set up. Xavi performed to the best of his abilities.

Neither Xavi nor Barcelona were falling from grace, but there was a sense that their way was lost. The deck could only be shuffled so thoroughly, and there were no proverbial aces left to pull from.

After a chastising exit at the group stage of the 2014 World Cup, Xavi was close to announcing his retirement—a decision he said was “well studied.”

Much like 2008 however, he was swayed to reconsider, again by a former teammate and new manager Luis Enrique. This time, however, there was no Carles Puyol to lead the charge and to avoid a power vacuum, Enrique diplomatically let the team decide who would lead them. The result was a four-way tie with Xavi, Iniesta, Messi and Busquets all being named co-captains.

Xavi earned the shirt and the armband with pride, and the rewards followed. (Photo by David Ramos)

Despite this, and the fact that Iniesta, Rakitic and Busquets were the preferred starting trio, it was the most experienced Xavi who took upon the mantle more often than not. In his 22 games leading the Catalan giants, Barcelona tasted defeat only twice, winning the rest of the 20 ties.

It seemed like a token gesture at the time Xavi’s legs weren’t what they used to be. What he lacked in pace he made up for with pinpoint accuracy. The proverbial hourglass was running out, but Xavi kept the team ticking like a freshly wound clock.

That is why his influence never waned. There isn’t one particular moment, one goal, one game that stands out above all the others — he was excellent all the time. Whatever time he had on the pitch, he used to build the base for everyone around him, and no fact highlights that more than Barça trophy haul that season. They achieved the treble. It was the club’s and Xavi’s second, as well as his fourth European crown.

As far as fairytale exits go, it probably doesn’t get better than his. It wasn’t a question of rising up when it mattered, because it always mattered to Xavi. A quiet leader who led by example, raising everyone’s game without having to raise a finger.

A send-off most can only dream of. (Photo by David Ramos)

It’s hard to point to certain instance where he took the game by the scruff of it’s neck. It was a seldom sight to see him running to the referee to bring to light an injustice. Only once you peel away what your think of as a ‘captain’ do you find out who a leader truly is.

His one time and oft-forgotten teammate Gaizka Mendieta put it best in a tribute to the number 6.

“He took responsibility. He is totally committed to the well being of the dressing room. He is involved with everyone at Barca, from Messi to the youth team. He knows everyone, not just the first team but the B team, the youngsters – he’ll know their best position, everything about them. One day, after his time in Qatar, he will be back, either as a manager or a director of football.”

The final act of the magic trick that was Xavi and his story with the baton reminds us of the intangibles in football we can always believe in. Hidden behind the statistics of beautiful goals, and even more, beautiful setups beats a silent commanding heart. A ticking clock which always tells you the right time. A man who was more than just a leader, he was simply magic, no trick.