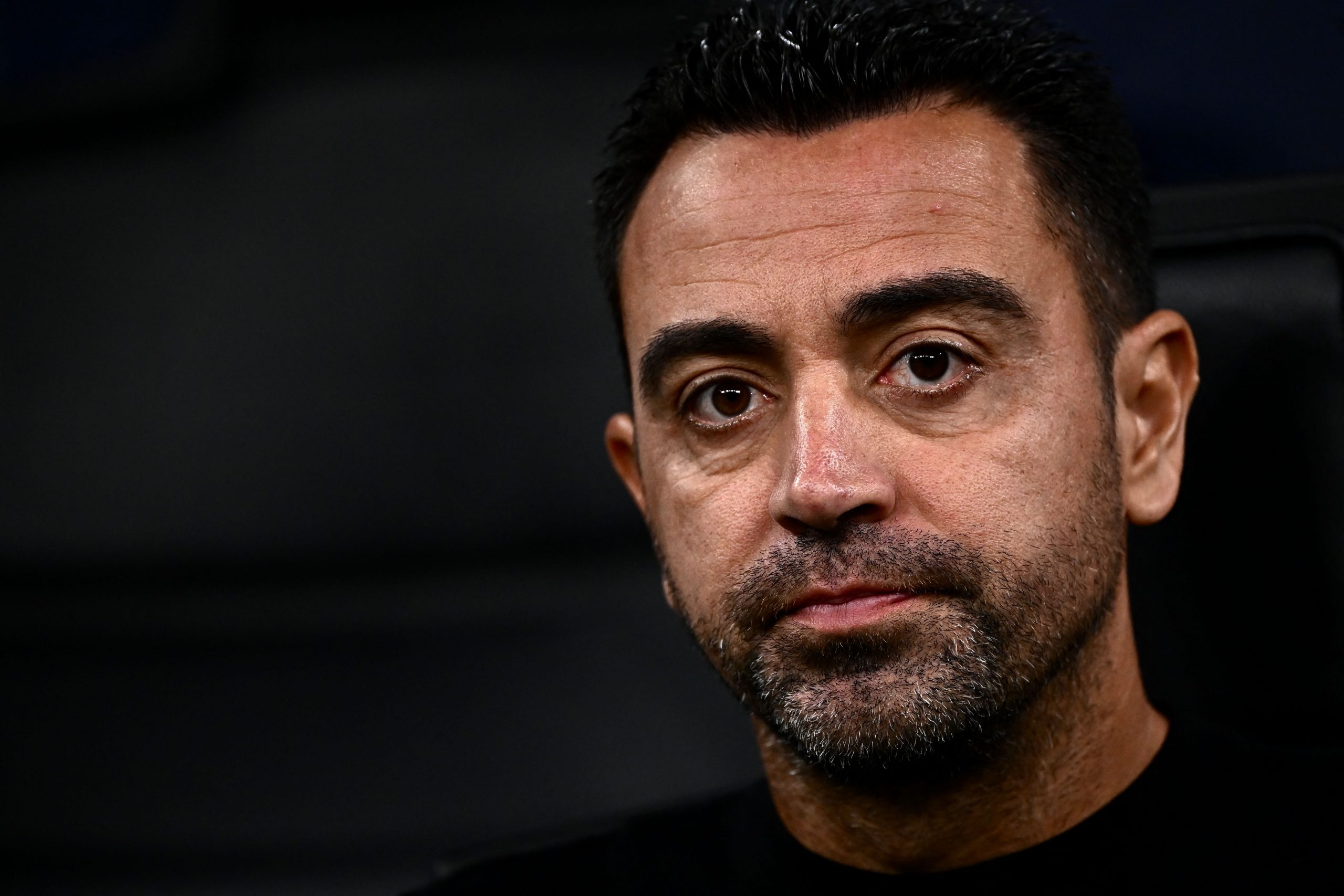 Barcelona fell to their second defeat in the UEFA Champions League in the new season, losing to Inter Milan 1-0 at Giuseppe Meazza.

A late first-half strike from Hakan Calhanoglu was enough for the hosts to get the better of the Catalan heavyweights, who struggled to make an impression despite dominating possession for a long time.

Barça did push hard for an equaliser in the latter stages of the contest but were unfortunate to have a goal chalked off for handball before being shockingly denied a certain penalty after Denzel Dumfries appeared to handle the ball inside the Nerazzurri box.

Manager Xavi Hernandez, who was furious on the touchline at the referee’s decisions, continued in the same mood after the game, as he said: “I’m angry. The referees should come out and explain their decisions because we don’t understand anything.”

“I asked the referee to explain his decisions after the match and he refused. What we lived today is injustice,” he further added.

Talking about Inter Milan’s display, Xavi said: “They defended very well. We could not play well from the middle.”

On the performance of his own team, the 42-year-old said: “We always want to attack and attack better, but I think we lacked rhythm. We need to be self-critical beyond arbitration decisions.”

“I think we did well in the second half. The first half was quite bad. I don’t know if this is the worst match of the season,” he further added.

On Barça’s position in the UCL table: “I’m worried about the table. We’re in a very difficult and complicated situation. We have three finals remaining to try and qualify.”

Speaking about the remaining group stage games, he said: “We have three finals, and two of them are at home.”

Talking about the disallowed goal, the Barcelona manager claimed that it should not have been chalked off, saying: “They told me that Pedri’s goal should have counted. It is a legal goal.

“In Pedri’s goal, after Ansu accidentally touches it, the rule says that a new play starts from that moment. So it should be considered a legal goal.”

Once again expressing his anger at the officiating, Xavi added: “The referee left and said nothing. I’m outraged. We don’t understand. That is the word, outraged.”

The 42-year-old was happy with the performance of Gerard Pique, who replaced the injured Andreas Christensen in the second half, as he said: “Pique came on and was good.”

Opening up on Inter’s tough rearguard, he said: “We tried attacking from inside, from outside, with Robert on 1v1… It was complicated. Inter closed well and scored a goal from outside the box which we did not defend well.”

“We have to recover, we can not fail more. In the first part we have not been at the level required by the competition,” Xavi added talking about his team’s start to the Champions League.

Barcelona will face Celta Vigo in La Liga next before hosting Inter Milan at Spotify Camp Nou in the coming week, where they will hope to bounce back strongly.