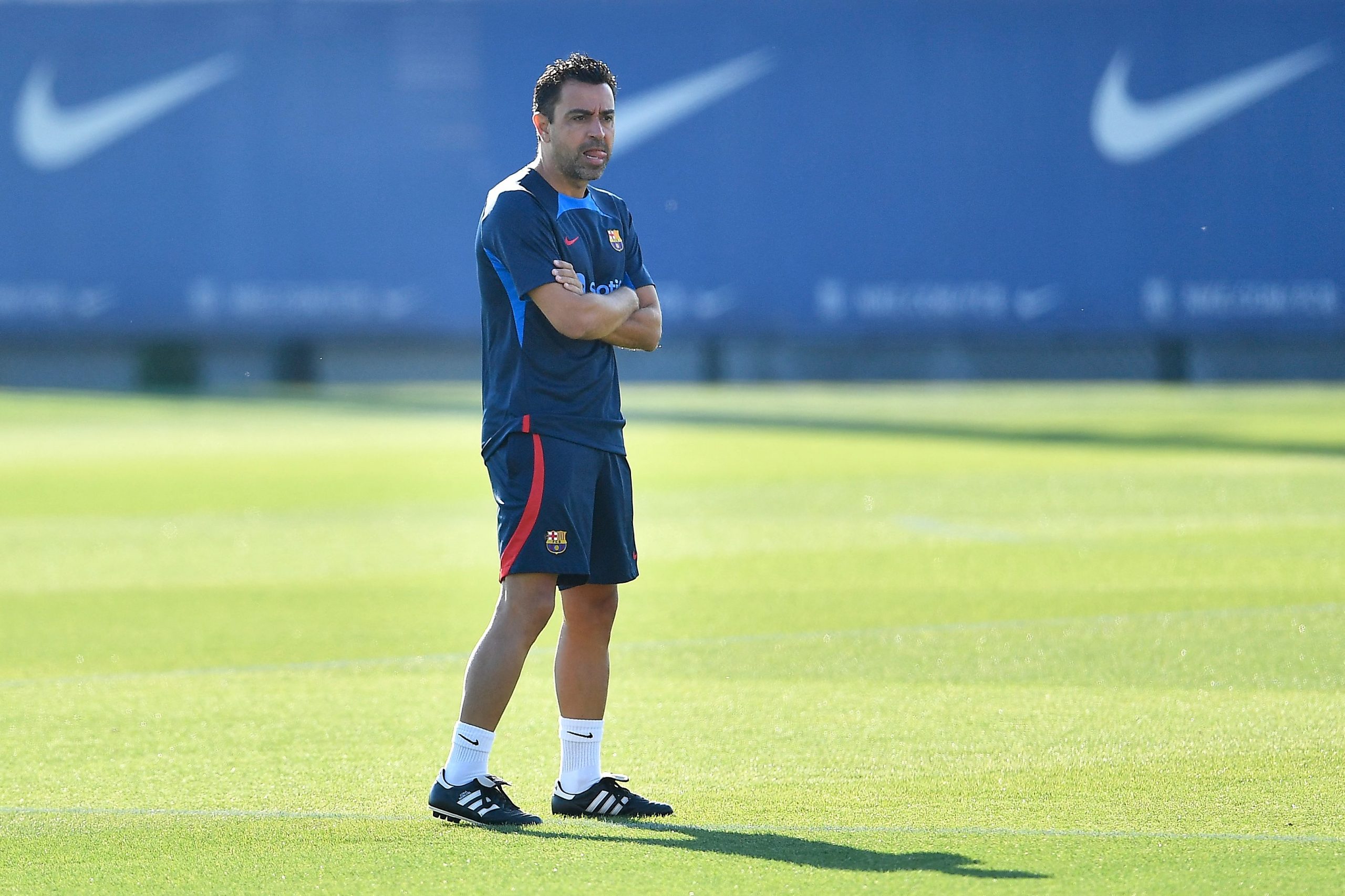 Barcelona were held to a 1-1 draw by UE Olot in their first pre-season friendly ahead of the 2022/23 campaign on Wednesday night.

Pierre-Emerick Aubameyang put the Catalans, who fielded a team largely comprised of youth players, in front in the 28th minute. However, the hosts equalised close to the half-time whistle, courtesy of a penalty from Eloi Amagat.

Xavi handed starts to his new signings, Pablo Torre and Franck Kessie on the evening, while he also got a good look at young players like Mika Marmol, Ilias Akhomach, Alex Valle among others.

The Barcelona manager switched things up at half-time, making several changes, bringing on Pedri and Ansu Fati, who enjoyed some much-needed minutes under their belt. The likes of Inaki Pena, Alex Collado and Miralem Pjanic, back from their loan spells, also got game-time.

However, there were no goals forthcoming in the second period, with the contest ending in a 1-1 stalemate.

Speaking after the game, manager Xavi said: “We didn’t win our first pre-season match, but that is not important. It was a chance for young players to impress, and it’s clear that we still lack match rhythm.”

On his first impression of teenage new signing Pablo Torre, Xavi added: “Pablo Torre has a lot of talent, and he plays between the lines. In the first half, he did a very good play which ended up in a great pass.”

The Barça head coach also spoke about Kessie, who also made his unofficial debut for the Blaugrana, saying: “Kessie is a very strong player, and he has the ability to advance further up the pitch and put a cross in. It’s important that him and Pablo Torre start adapting to our style.”

Barcelona will now fly to the United States of America for their pre-season tour where friendlies against Inter Miami FC, Real Madrid, Juventus and New York Red Bulls await.