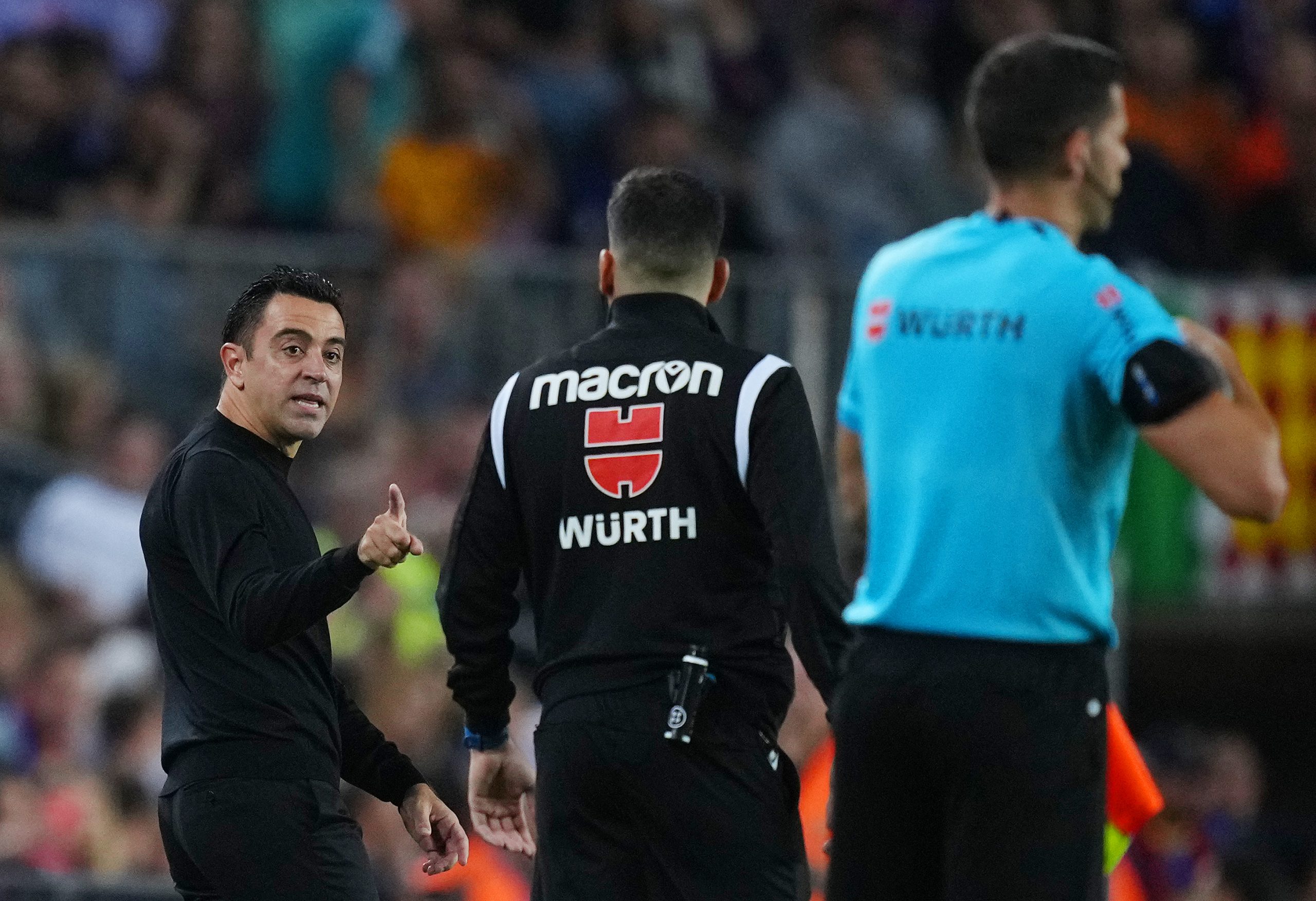 Barcelona secured yet another impressive win at home in La Liga as they thrashed Athletic Club 4-0 on Sunday night.

Ousmane Dembele started the rout for Barça breaking the deadlock just 12 minutes into the match. The Frenchman then set up three goals for his teammates as Sergi Roberto, Robert Lewandowski and Ferran Torres found the back of the net to lead the team to an emphatic victory.

The win puts Barcelona back to within three points of league leaders Real Madrid, while they have a five-point lead over third-placed Atletico Madrid.

Speaking after the match, manager Xavi Hernandez praised the performance of star man Dembele, saying: “Dembele had a great match.”

Highlighting the competition within the squad for a spot on the wings, the 42-year-old added: “Ferran, Ansu, Ousmane… all of them want to play and competition is welcome.”

On his decision to play four midfielders on the night, Xavi said: “We knew that they were going to put a lot of pressure on us, that is why we played with another midfielder. The team understood my plan.”

There were a couple of injury scares for Barcelona during the game as Gavi had to be taken off in the first period while Sergi Roberto was stretchered off late in the game. Providing an update on the duo, Xavi said: “Gavi is fine. Sergi Roberto’s issue seems to be more serious.”

Talking about the bad results against Inter Milan and Real Madrid, the manager added: “People analyze matches solely based on results. Against Inter, for example, we didn’t play badly. We competed very well. We didn’t play well vs Madrid. They were better and more mature. That’s that.”

Further talking about Dembele, Xavi stated: “For wingers, they can have good or bad plays. With Dembele, we want him to keep the good things. If you’re not playing well, sometimes you have to limit yourself and play more simply. He has to understand that.”

“We want Dembele to always play at this level. That’s why I wanted him to stay and why I gave him so much confidence.”

Alejandro Balde once again put in a fine display from left-back and earned the praise of his manager. “Balde plays with a lot of confidence. He has competition in his position, but that is a good thing,” Xavi insisted. “Balde was playing at a spectacular level. He has enormous potential, technically and physically.”

On whether the competition in La Liga had become weaker, Xavi said: “No, no. The opposite. Competitiveness has gone up a lot. Many La Liga teams have raised their level: Real Sociedad, Athletic, Villarreal, Sevilla, Atletico…”

On his options at centre-forward if he opts to give Robert Lewandowski a break, he replied: “When we rest Lewandowski, we can play Ansu or Ferran as a striker.”

The 42-year-old tactician then hailed Jules Kounde and his level of performance, saying: “I’m not surprised with Kounde. I insisted on his signing because I know how great he is.”

Xavi also spoke about Ferran Torres and Raphinha, saying: “By the way, Ferran was great again. Raphinha will continue to be important, I’m sure.”