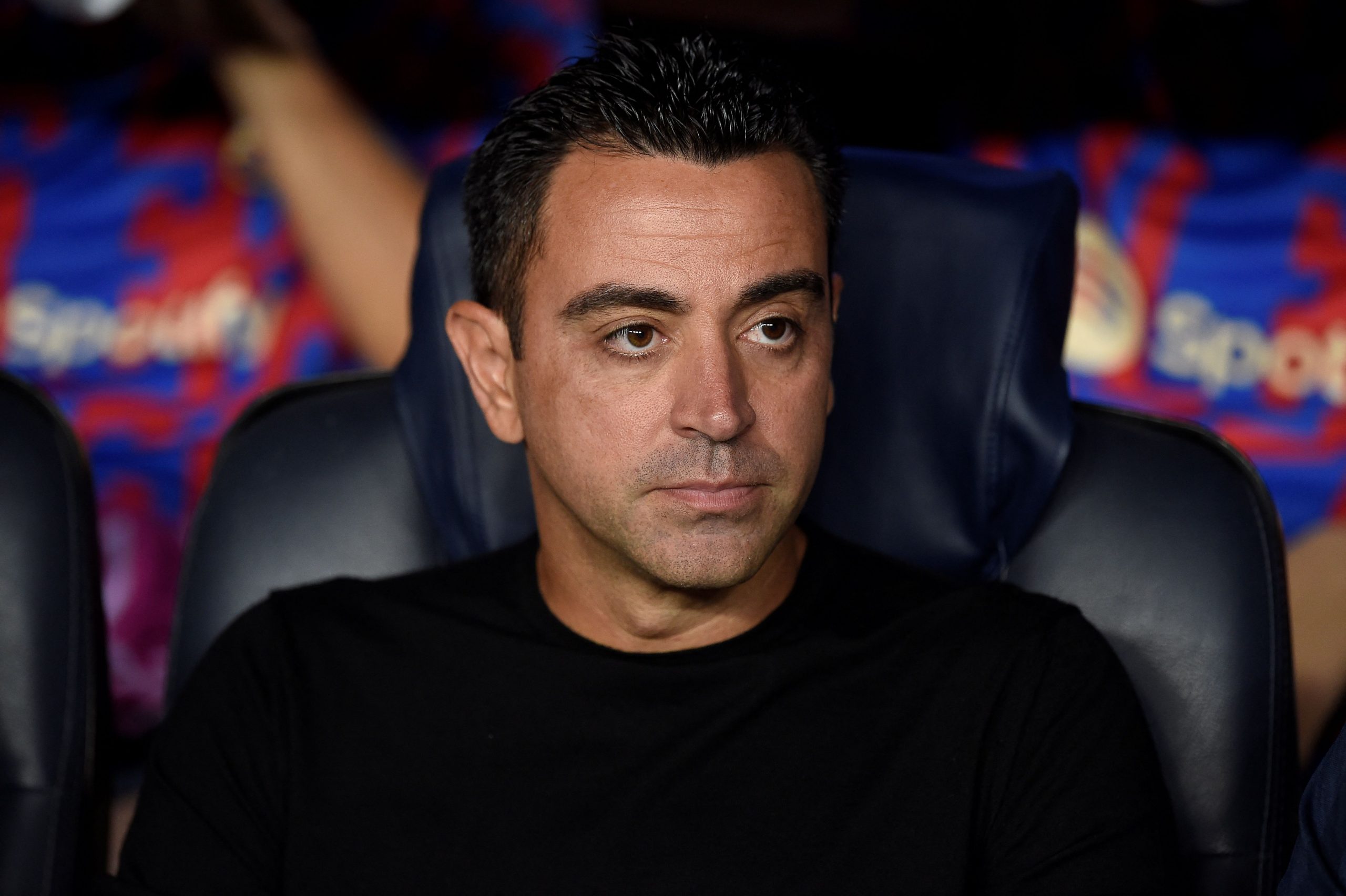 Barcelona will look to move to the top of the La Liga standings when they face off against Cadiz CF in matchweek five at Estadio Nuevo Mirandilla on Saturday evening.

Barça are currently second in the table, two points behind league leaders and arch-rivals Real Madrid. With the reigning champions scheduled to play on Sunday, the Catalan giants have an opportunity to move ahead of them with a win over Cadiz.

And the recent 5-1 win over Viktoria Plzen in the UEFA Champions League ensures that the Blaugrana have momentum on their side. On the eve of the game, manager Xavi Hernandez attended the pre-match presser at Ciutat Esportiva and answered questions from the media.

Xavi warned that the game will be difficult as evidenced by recent results against Cadiz, saying: “We will play against a difficult opponent who plays defensively. We have struggled against them in the last 4 games. We will try to get the three points.”

Talking about the upcoming Champions League clash against Bayern Munich, he said: “Right now we are focusing on the Cadiz encounter. We have to be humble and keep working, our target now is to win the three points. The players work hard, and they try to give their best when they play.”

In a recent interview, Jordi Alba expressed his discontent about the club’s handling of his future in the transfer window. When asked about the defender’s statements, Xavi said:

“We understand Alba’s statement. But he’s a hard-working player and it’s not a problem for me. Everyone has their own personal statement and opinions. The most important thing is that he trains professionally, and he is one of the leaders of the team.”

Talking about the veteran left-back’s lack of minutes, he said: “I’ve been clear with all the players, and I’m trying to be honest. I spoke with Alba, and I love talking to the players to see how they are feeling.

“This is the competition that exists in Barcelona, ​​and every player has to prove his worth to play.”

On whether Alba is upset about the club trying to sell him to Inter, Xavi said: “I don’t know. The important thing is that Alba is a player for us, he is committed and one of the leaders of the team.”

Xavi was also quizzed about the situation surrounding Antoine Griezmann and his reduced game-time at Atletico Madrid, which has prompted Barcelona to consider legal action. In response, he said:

“That’s a question you can ask Diego Simeone. Griezmann was not my player at any point, and I didn’t speak to him. The matter is between the two clubs, and it is none of my business.”

When pushed by the press on whether he will include Griezmann in the Barcelona squad if he returns next summer, Xavi said: “As I said earlier, this is an administrative matter that has nothing to do with me.”

The manager also touched on the amazing squad depth that Barcelona have currently, admitting that it does give him a headache with regards to selection.

“We have a lot of depth in the team in all positions, and that’s what I wanted in the team. I’m having trouble managing the number of minutes per player, but it’s a welcome issue.”

Talking about Barcelona’s improved defence, he said: “We are working very hard defensively, attempting to avoid rebounds, and lose possession by getting pressed. We’re trying to implement defensive and attacking plans, the team is developing in this regard.”

Xavi also confirmed that deadline day signings Marcos Alonso and Hector Bellerin will be in the squad for the Cadiz clash, saying: “Alonso and Bellerín are fine now, tomorrow they will be on the list. They are training well”

When asked if he preferred a young player like Erling Haaland or an experienced individual like Robert Lewandowski, Xavi replied:

“I don’t know. Each player has a different personality. Lewandowski is a humble player who encourages young players. We are lucky to have Lewandowski. I will not change any player from my squad.”

The Barcelona manager also heaped praise on star winger Ousmane Dembele, saying: “Dembele is an important player for us, he attacks spaces well, scores goals and assists. It has always been my plan to work with him.”

Amidst questions regarding Griezmann and the injury to Real Madrid superstar Karim Benzema, Xavi insisted that Barcelona’s focus was only on the Cadiz game and nothing else.

“Our focus is on the Cadiz match at the moment, and I have nothing to say about Benzema, Griezmann or any other player. We want to find solutions to beat Cadiz, and we are not watching Real Madrid or Atletico Madrid. After that we will focus on Bayern, then Elche.”

On Ansu Fati’s physical condition, Xavi said: “He is fine, and his condition is good. He has to be more efficient in front of goal, but he’s fast, and he’s important to us. I’ve talked to him a lot, and he’s feeling fine.”

On Ferran Torres and his cameo against Viktoria Plzen, he said: “I see Ferran Torres very well, he attacks spaces very well, the other day he was very good assisting and scoring. What is non-negotiable is work and he works hard. He has a lot of confidence in himself and we have in him.”

Sergi Roberto had to be taken off at half-time in the midweek game due to a knock, but Xavi insisted that the right-back was okay. However, he hinted that the 30-year-old might not be involved on Saturday.

“Yes he’s fine, he’s playing well. I’m happy with him, he’s working hard and he can play in any position. I don’t know if we’ll call him up for tomorrow’s match, but he’ll be ready for the Champions League.”

The manager also lauded Gerard Pique after his first appearance of the season in midweek, saying: “I spoke with Gerard Pique. The current situation is not easy for him, but he played well against Viktoria Plzen and put in a great run. I rely on him.”

Talking about his options for the pivot position in the middle of the park, he said: “We have a lot of options in the Pivot. Busquets is very important for that role, but we also have Frenkie and Kessié. We play every match according to the opponent we face.”

The manager also suggested Andreas Christensen could be an option for the pivot role, saying: “Christensen has played as a pivot at Denmark and did well there.”

When asked if he planned to rest Pedri for tomorrow’s game, Xavi said: “Tomorrow we will decide on that, we have training and then we will see what happens. There are some players who are overloaded, but Pedri is doing really well, helping us a lot.”

However, he did insist that his selection will not be based on resting players ahead of the Bayern Munich clash, saying:

“I will not rule out the participation of any player tomorrow, regardless of the Bayern match. Our goal is to win the three points, and we have five changes that we can use. I remind you that Fati came as a substitute against Sociedad and changed the match.”